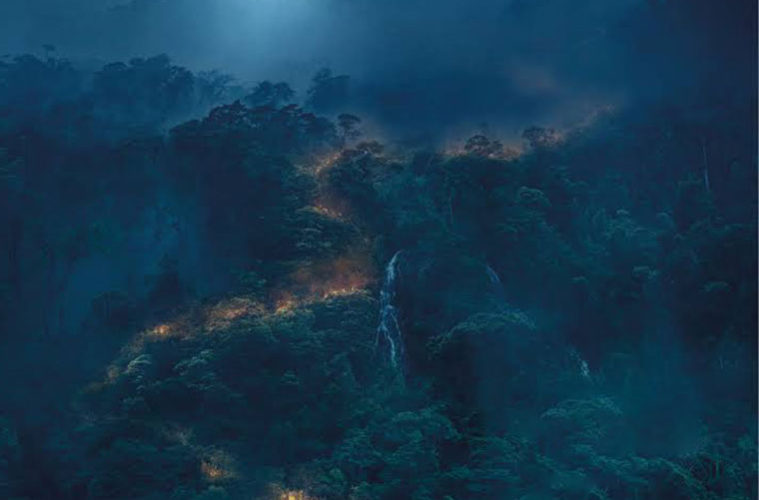 It’s easy to forget that, as little as 100 years ago, there were areas of the planet which lay uncharted and unexplored. Unexplored, that is, by the Western world, and the jungles of South America represented the very definition of an exotic and enticing unknown. It was a temptation to which explorer and army officer Percy Fawcett yielded, conducting several expeditions to Brazil between 1906 and 1925 and becoming the inspiration for an Arthur Conan Doyle creation and, quite possibly, for Indiana Jones. Fictional characters may owe him a debt of gratitude, but The Lost City of Z recounts the very true story of the real man, and is based upon a book of the same name by The New Yorker staff writer David Grann.

After several mapping expeditions financed by the Royal Geographical Society, Fawcett (played by man-of-the-moment Charlie Hunnam) became convinced that fragments of pottery and whispers from native tribes pointed to a lost ancient city, which he named “Z”, in the remote reaches of the Brazilian jungle. Intent on proving himself (and recovering the family name from the damage caused by his hard-drinking and gambling father), he sets out to prove to a sceptical establishment that the tribes are more than mere “savages” and perhaps equal in age to European civilisations.

From the poster and trailer, you’d be forgiven for thinking that The Lost City of Z is a rip-roaring action-adventure film, full of spectacle and wild jungle stunts. In reality, it is a much more nuanced and considered work. Much of the film does take place in the jungle: a hostile an unforgiving environment full of human and natural dangers. The cinematography captures the simultaneous beauty and foreboding of the jungle and (I mean this as a compliment) is slightly old-fashioned. Indeed, the whole film is weighty and shot in a hazy style reminiscent of the British heritage films of the 1980s, complete with muted tones and an overall sense of unrushed filmic quality. This fits, of course, with the subject matter, and the narrative flicks between Fawcett’s foreign adventures, his life at home with his wife (Sienna Miller) and children, and a brief excursion in the First World War.

Each component of the narrative provides the context for Fawcett’s life – and motivations – to be understood. In searching for his City of Z, is Fawcett seeking fame and professional recognition, is he driven by a desire to provide for his family and secure their future, or is he overwhelmed by a, perhaps mythical, idea which might destroy all he has? The screenplay, written by director James Gray, poses many such questions and, largely, leaves it to the audience to decide. The elderly gentlemen of the Royal Geographic Society initially dismiss Fawcett’s claims that the native peoples of South America may be more than cannibalistic barbarians but, at times, the script does feel a little sanctimonious: “we have been arrogant and contemptuous” declares Fawcett as he observes the ordered farming systems used by a friendly tribe.

Charlie Hunnam is likeable and dashing in equal measure, retaining a calmness and stiff-upper-lip approach to his adventures alongside his fellow explorers, a bearded Robert Pattinson and Edward Ashley. Although Hunnam’s beautifully coiffured hair rarely falls out of place, even whilst thrashing around in the river whilst being attacked by hostile tribesmen, his performance offers just the right level of vulnerability to underpin the more philosophical themes of the script. In particular, his relationship with his eldest son (played at various ages by Tom Mulheron, Bobby Smalldridge and Tom Holland) offers some of the film’s most potent and emotionally-charged scenes.

Ostensibly a film about a search for an undiscovered jungle capital, The Lost City of Z is much more than a period adventure. Fawcett’s journey through the dense, suffocating jungle is an analogy of the path through life we all must take, with varying degrees of success. What is universal, however, is the sense that the drive to pursue our dreams comes from a competing set of factors underscored by issues such as family and fate.

Fawcett’s wife acts as the constant support in his life, writing letters of support and, in a flashback later in the film, quotes Robert Browning to echo Percy’s seemingly impossible mission to prove the existence of Z: “Ah, but a man’s reach should exceed his grasp,/Or what’s a Heaven for?” Sienna Miller is fantastic in the role, demonstrating the same emotional turmoil of a wife left at home that she displayed in American Sniper. The film’s stunning ending is made by her performance.

The Lost City of Z is a substantial and often sensitive film about conviction, love, dreams and respect. Outwardly an adventure film about the search for a lost city, it becomes a much more contemplative and profound experience, thanks to a well-crafted script and engaging performances, particularly from Charlie Hunnam and Sienna Miller. We may comprehend much more of the geography of the Earth today than 100 years ago, but films such as this show that we are yet to fully map, and understand, our own emotions.