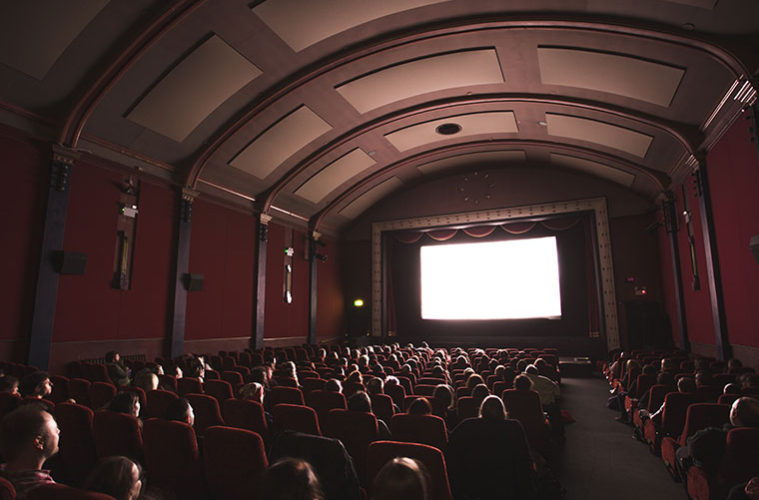 The Films to Watch Out For

Can you believe it?! We’re already 3 months into 2017! The days are getting longer, the nights…um… shorter, and the debacle that was the Oscars is receding into memory. UK box office statistics are, however, much less muddled and show that last year’s gross revenue was up 1.45% on 2015. The question is, can 2017 continue this upward trend? Judging by the films which are coming to a screen near you over the next few months, the answer is yes. Let’s have a look at a few of the big ones…

The films to watch out for:

Beauty and the Beast – 17th March

It’s an overused (and quite annoying) saying, but the trailer for Disney’s live action version of their animated classic truly sent the internet into meltdown. Emma Watson plays (and sings) the part of Belle, falling in love with Downton Abbey’s Dan Stevens as the Beast. Initial reviews have been mostly positive, suggesting that fans of the original will be rewarded with a loving reprise of the songs, aesthetics and characters with which millions grew up. The film features a host of acting talent and, as The Guardian’s Peter Bradshaw put it, “the world’s briefest gay reveal” in the form of Gaston’s sidekick Le Fou. All together now: “tale as old as time….”

Ghost in the Shell – 31st March

I’ll have to admit that every time I see a trailer for Ghost in the Shell, I think that Scarlett Johansson isn’t wearing any clothes. Based on a Manga franchise, the film is a sci-fi crime drama in which Johansson plays a cyborg counter-cyberterrorist commander, complete with a skin-coloured costume which really is rather startling at first glance. Bold special effects combine with some pulsating action and vivid cinematography, although accusations of whitewashing have been levelled at this Hollywood version of a Japanese series.

Furious 7 made everyone cry at the end with its tribute to Paul Walker, but will F&F8 make us weep for all the wrong reasons? The Fate of the Furious, to give it its proper title, sees Dom (Vin Diesel) being seduced back into a world of crime by Charlize Theron – on mysterious form as criminal mastermind Cipher. How much mileage (pun sort of intended) this franchise has left in it remains to be seen, but could Dom’s betrayal of his family mark the end of the road (again, pun half-intended)? One thing’s for sure, expect car stunts on a scale to rival any of the previous films.

Following Marvel’s subversive and very funny 2014 Guardians of the Galaxy, Vol. 2 returns with its ensemble cast, including everyone’s favourite tree Groot. The second instalment sees the team investigate the true parentage of Peter Quill (Chris Pratt), something like a Who Do You Think You Are? episode, but in space. Rumours of a third film are circulating, but let’s see if this outing can match the wit and entertainment value of the first.

According to Wikipedia, Alien: Covenant “is the sequel to the 2012 film Prometheus, the second instalment in the Alien prequel series, the sixth instalment overall in the Alien film series, and the third instalment to be directed by Scott”. Got that? Good. Michael Fassbender returns as an android similar to the one he played in Prometheus, serving this time the crew of a colony ship named the Covenant, who stumble across a seemingly idyllic world. Idyllic, that is, until a monstrous creature starts to hunt them.

Pirates of the Caribbean: Salazar’s Revenge – 26th May

He’s back. Again. Perhaps for the last time. Captain Jack Sparrow will meander across our cinema screens this May, pursued this time by Armando Salazar, an old rival played by Javier Bardem. It was way back in 2003 that the first – and arguably, the best – film was released but, no matter how ridiculous the action and plot appears, there’s something about that instantly recognisable soundtrack which can get pulses racing. Geoffrey Rush reprises his role as Barbossa, whilst newcomers Brenton Thwaites and Kaya Scodelario play two characters suspiciously similar to Will Turner and Elizabeth Swann.

Also released: The critically-acclaimed psychological thriller Get Out is released 17th March, although Samuel L. Jackson has caused some controversy by questioning why the film, set in America, stars Brit actor Daniel Kaluuya instead of an American black actor. The Lost City of Z is out 24th March and tells the true story of British explorer Percy Fawcett who vanished in the 1920s whilst searching for an Amazonian civilisation. Also out 24th March is the less-than-true story of Power Rangers, a film which should delight fans of the original TV series. 7th April sees Going in Style hit cinemas, a remake of the 1979 comedy heist film of the same name, this time starring Morgan Freeman, Michael Caine and Alan Arkin. King Arthur: Legend of the Sword is the latest Guy Ritchie offering, set to be released 12th May and starring Charlie Hunnam in the title role. With a story that never gets old (although adaptations are hit-and-miss), the film has one of those modern, but now trite, posters with someone’s face on it and big lettering laid over the top. You know the ones.