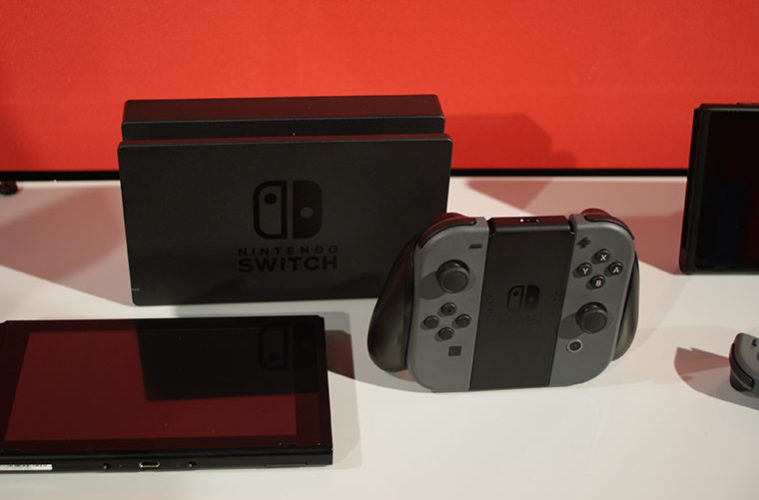 Nintendo Switch. The best of both worlds.

Friday 3rd of March marked a pretty huge milestone for Nintendo. The release of the Nintendo Switch.

“Freedom to have fun. Wherever. Whenever.”

The Nintendo Switch is a first of its kind, a console that can be used at home and on the go. It can be docked to play through your TV like most other console, but in a matter of seconds it can be transformed seamlessly into a very powerful handheld system.

As Miley Cyrus once said: “You get the best of both worlds!”

Many online reviews have been a fairly mixed bag. Despite a lot of public negativity, most reviewers state that the price of £279 ($299) isn’t too bad considering Brexit has been driving up the costs of most tech products recently. (Don’t worry, that’s the only mention of Brexit in this article!)

The price of standalone accessories is disappointing however. An extra set of Joy-Con controllers will sting you for £74, and one on its own is £43, plus £4.99 for the wrist strap to avoid belting your TV with a flying Joy-Con.

So far there are only a few release titles including 1-2-Switch, Just Dance 2017 and what could be an early contender for ‘game of the year’, The Legend of Zelda: Breath of the Wild.

The Switch is obviously never going to be as powerful as an Xbox or Playstation, but what it lacks in graphics, Nintendo have more than made up for with one of the most enjoyable games I’ve played. Even Nintendo themselves have admitted that the new Zelda game is probably the best they’ve ever churned out, and it’s hard to disagree!

1-2-Switch is also a fun game, although it comes at a price, £34 to be exact. For a game that’s based on 28 mini games, that’s quite a hefty price. I believe, much like with Wii Sports, this game should have been bundled with the console.

So far, I’m absolutely loving my Nintendo Switch. I would certainly recommend getting yourself one, especially with games such as Mario Kart 8, Skyrim and Mario Odyssey just around the corner!

The Legend of Zelda: Breath of the Wild – Nintendo Switch Presentation 2017 Trailer: https://www.youtube.com/watch?v=zw47_q9wbBE