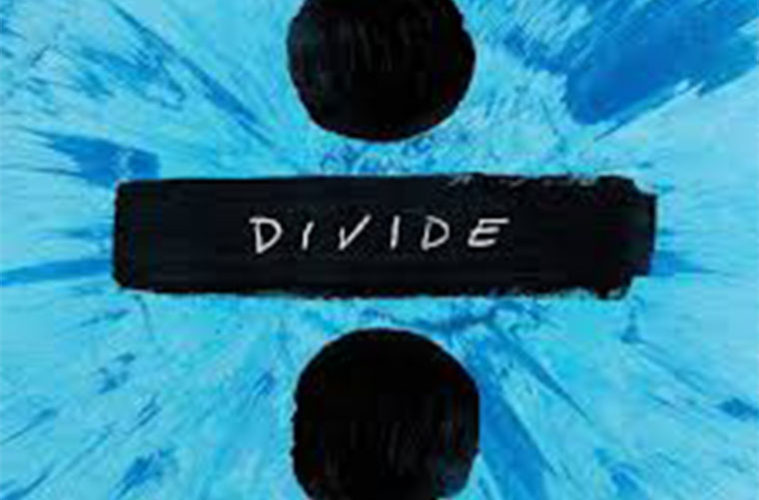 Ed Sheeran has had a wild few years of his life. After rising from small beginnings to being one of the biggest pop stars in the world with his first 2 albums + and X, Sheeran took a year out in 2016, with only a brief appearance at Latitude Festival, guesting with Foy Vance, interrupting his radio silence. All that ended at the beginning of the year, with 2 new singles and a performance at the Brit Awards building up to this, the release of his third album, ÷.

÷ opens with Eraser, where Sheeran takes on fame and the way his life has changed. The track features some very odd faux-rapping, and lacks all kind of lyrical subtlety, and immediately it feels like maybe the fame Sheeran is singing about has gone to his head.

Luckily, however, the rest of ÷ takes on a different tone. Castle on the Hill, one of his comeback singles and an ode to his home town of Framlingham, is a pure piece of singalong pop while also seeming to have strong influences from both classic rock and stadium rock, and definitely has a claim at being Sheeran’s best song yet. Shape of You, his other comeback single, is somewhat more of a generic track and feels like a song created entirely for radio airplay. However, Sheeran’s lyrical prowess is much more on show here which helps make the song feel like his own as opposed to another standard radio friendly single.

Elsewhere, Sheeran feels happy to experiment on ÷, with mixed results. Galway Girl, which intriguingly features more credited writers than any other Sheeran track, is an attempt at a sort of hybrid of pop and Irish folk that ultimately fails at hitting either genre and falls back on way too many clichés to make it an enjoyable listen. New Man, on the other hand, seems to blend Sheeran’s signature take on pop with hip hop, with some fairly interesting results, making it an eminently listenable song.

Overall, the album is certainly a mixed bag. It’s the kind of album that feels like it’s playing it too safe while also having some weird experimental tracks. It’s the kind of album that had huge potential thanks to the fantastic Castle on the Hill but fails to capitalise on it. It’s a fine album, no doubt, but it’d be disappointing if Ed Sheeran was satisfied with being merely fine.