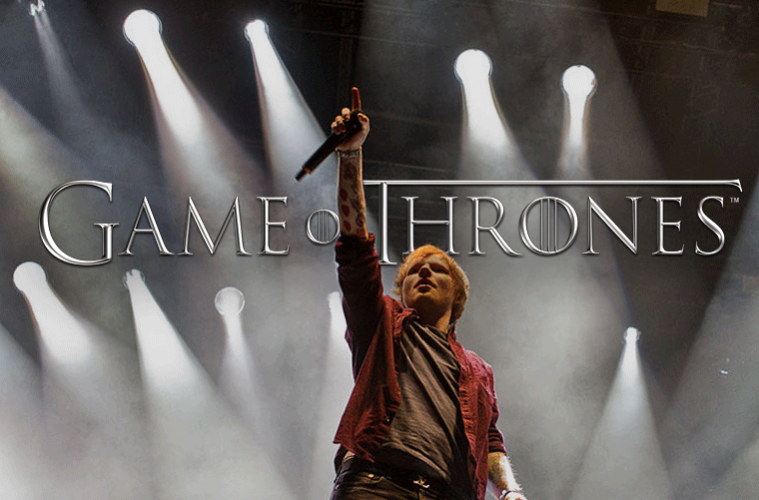 Ed Sheeran to Guest Star on Game of Thrones

Hang on, what? British musician Ed Sheeran will be making a guest star appearance on the popular fantasy drama series, Game of Thrones during it’s seventh season.

It was revealed by the show runners David Benioff and DB Weiss who were on a panel with Maisie Williams and Sophie Turner during The South by Southwest (SXSW) conference on Sunday. Benioff said; “For years, we tried to get Ed Sheeran on the show to surprise Maisie, and this year we finally did it.” The “Shape Of You” singer has been a favourite star of Maisie’s for many years!

At this stage, information on Sheeran’s role or storyline on Game of Thrones is being kept quiet, all we know is – he definitely has a role. He isn’t the first artist to be featured in the show – past seasons have also guest starred Coldplay and Snow Patrol.