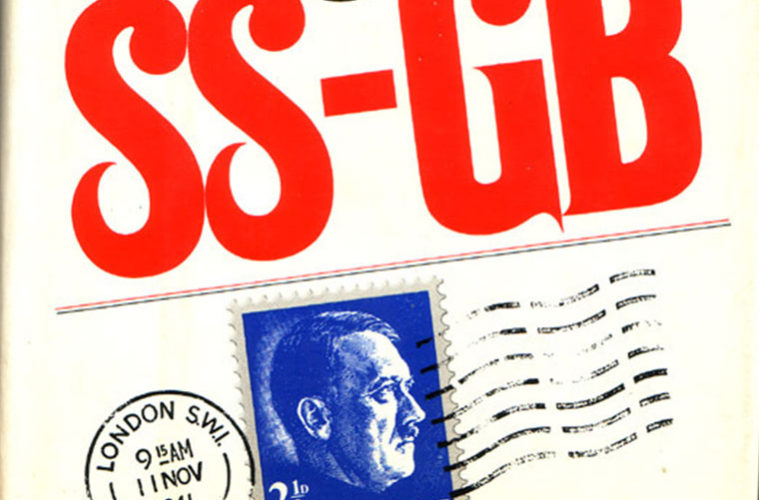 The (alternative) historical drama continued last Sunday, with Douglas Archer and Oskar Huth being drawn further into a complex murder investigation. Archer, meanwhile, was also caught in the crossfire between the Nazis and the British Resistance movement.

Thankfully, though, all hints of mumblings, murmurings and unclear diction were scotched this week. However, ironically it was what wasn’t said that sometimes proved more powerful. A brief glance between Archer and his secretary Sylvia, or the demented smile on Huth’s face when he realised Archer was still capable of emotion, came to have more meaning.

If last week’s opener was atmospheric, then this week the sense of threat practically came through the television and fogged up your living room. The episode as a whole may have been uneventful, but it sure knew how to stoke tensions.

Speaking of tensions, fellow police officers Archer and Woods were barely on grumbling terms after harsh words were exchanged. Later, Archer accepted an invitation to a big party and shared a tense card game with members of the Resistance. A plot was afoot, but whilst they were supposedly fighting for Britain, you still couldn’t help but feel that everything was just a touch shady. At the end of it all, Archer was left questioning what he was fighting for even more than before. That’s the whole point, perhaps – in war there is no such thing as a ‘good guy’.

So while this episode was more of a build-up, and whilst the series does suffer in comparison to the book, it is getting better. It works well as a slow-burning meditation on what war does to people, even ostensibly after the war has finished. So, in its own way, it remains compelling television. Let’s now just hope that it can pick up the pace.

Sam Riley continues to play Archer well as a tortured soul type. Though comparisons have been drawn with Amazon’s The Man in the High Castle (which again comes from a book), this feels closer to John Le Carre’s Tinker Tailor Soldier Spy, and its recent film adaptation. It too conjures up circumstances where people can never be sure who they really are, or how much they’re lying to themselves.

Who is doing what, and for whom, and to what end, is rather unclear. I suspect that this is rather the point of SS-GB. On a less abstract front, we see in the closing moments of this episode just how committed Archer and Huth both are, and in equally demented ways. They are being portrayed as two titans fighting for their ideals – and I am sure we will see just what they are both made of before the end.

The most enduring image of this hour of television came right at the end of it. Subdued and worn down by the horrors he had seen, Archer sat slumped in an armchair, head in hand. His anguished face told more than any words, mumbled or otherwise, could have done. Such inner conflict is perhaps what war would bring to anyone, and SS-GB, if nothing else, depicts that very well.

SS-GB continues on Sunday at 9pm on BBC One.