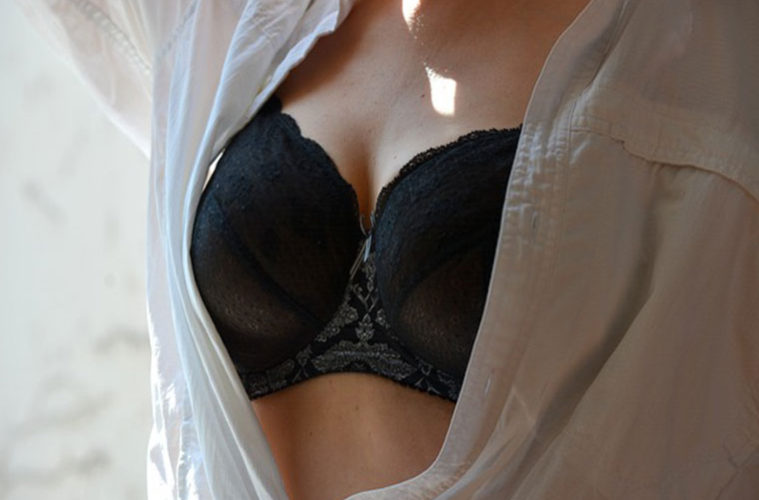 Bras. An incredible invention designed to keep your boobs perky and supported through everyday life.  But bras aren’t always that great. Sometimes they itch, sometimes, they hurt, and sometimes they’re just barely comfortable; here are some awesome bra hacks you never thought about!

Tired of sore shoulders and seemingly permanent bra strap lines? Well try using silicone pads you normally use in your shoes and stick them under your straps for more comfort! Easy, cheap, and effective.

Keep Your Strapless Bra Where it Should be…
Strapless bras are a god send when we want to wear cute strapless dresses, that is, if they actually stayed on your boobs. There’s nothing worse than hiking it back to it’s assigned space every two minutes! So, take a detachable strap from another bra and clip it to one side of your strapless bra, and then stretch it around the front of your boobs and clip it to the other side. You essentially just made a belt for your breasts!

DIY Support
Not every girl wants to wear a bra ALL the time! If you plan on wearing a pretty dress but think it would nicer without a bra and don’t mind getting handy, then cut the straps and back section off a bra you don’t mind chopping up and hand sow the pads straight into your dress!

Don’t Get Stabbed
Underwire coming loose and puncturing your lung is just part of wearing an old bra. Instead of throwing it out and investing in a new when you don’t have the money, simply use a plaster and stick around the area the wire is loose to prevent it from stabbing you! It doesn’t look attractive, but at least it will keep it wearable until you can afford a new one!

Extreme Cleavage
Instead of forking out for a super expensive wonder bra, try this sneaky trick! Simply twist your bra inbetween the cups before you put it on. This will bring your boobs together and enhancing your cleavage! This might damage your bra, so don’t do it with your brand Victoria Secrets bra…