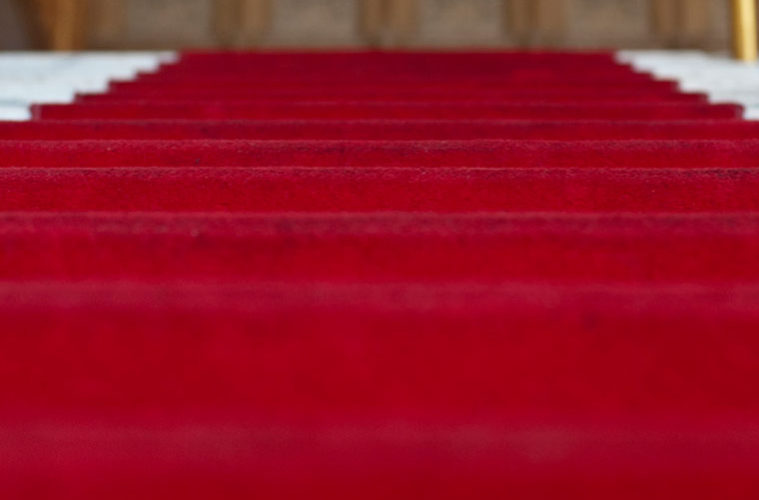 Last night, the best films of 2016 were honoured at the 89th Academy Awards. By now I’m sure that you’ve heard who won each of the Oscars – but do you know who won the red carpet?

Taraji P. Henson, representing Best Picture nominee Hidden Figures, looked glamorous in a simple navy gown designed by Alberta Ferretti. The gown, with a flattering bardot neckline, clung to her figure elegantly; a long side slit allowing her to show off a little leg. Henson accessorised with a stunning diamond Luminance necklace and an emerald Evergreen ring by Nirav Modi. Her make-up looked natural, although her eyes were enhanced with a navy and bronze smokey eye – this created a smouldering look. Henson’s hair had been curled into a lob (a long bob), framing her face.

Mahershala Ali, winner of Best Supporting Actor in the winning Best Picture film Moonlight, was dressed in Ermenegildo Zegna Couture and Monique Pean. Often people believe that black underpinnings can ruin a tux, but Ali’s outside disproves this – the effect is sleek and polished. The marriage of patterns and both matte and shine finishes, is stylish, yet striking.

Ryan Gosling, Best Actor nominee for this performance in La La Land, opted for a traditional offbeat look on the red carpet. Gosling dared to match his charming Gucci tuxedo with a white ruffled shirt and black bow tie promoting an alternative style. Gosling’s ruffles caused quite the reaction; fans took to the internet to liken him to characters such as Austin Powers and Ron Weasley. Nonetheless, I think Gosling pulled off this whimsical look endearingly.

Imagine being this adorable! #Oscars  Lion star Sunny Pawar is the cutest person on the red carpet. It's official!😍 pic.twitter.com/0ci2HU4qh0

However, I think the star that stole the show was child actor Sunny Pawar. Known for his excellent debut performance in Best Picture nominee Lion, Pawar took to the red carpet in a smart black tux, matched with a white shirt and black bow tie. On his feet he wore a pair of adorable green and black two toned boots with bright yellow laces. ADORABLE.