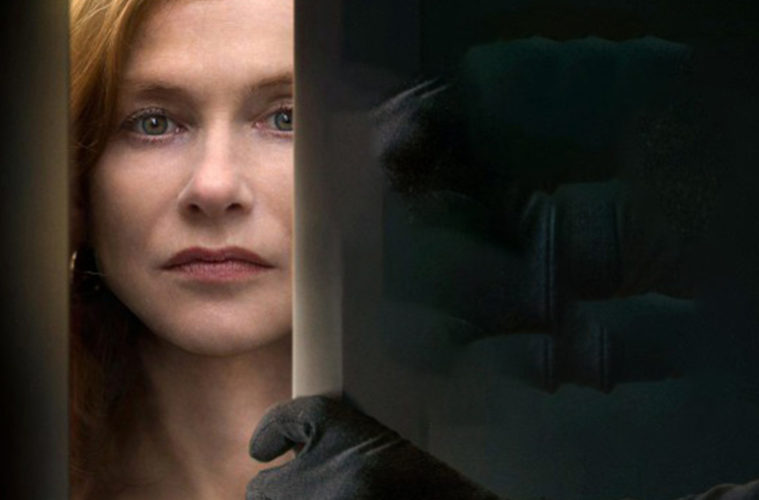 Rarely has a film opened as boldly as Paul Verhoeven’s first French-language film, Elle, with shrieks and grunts overlaying a black screen. Before long, we see Michele (Isabelle Huppert) strewn across the floor, bloodied and motionless following a sexual assault. Instead of calling the police, she cleans up the mess and goes to work the next day as if nothing has happened. Astonishingly, this startling opening scene is an afterthought until at least the 20-minute mark.

When finally telling her friends of her ordeal, Michele merely notes “what’s done is done”, much to their surprise. Her ambivalence to the situation ceases when she receives texts from her unknown assailant, and when a video circulates at her workplace, she decides to take matters into her own hands.

The beauty of the film is the way it shifts tones, going from a harrowing scene of sexual assault to a jet-black comedy. Most of the film is about the interaction between Michelle and either her work colleagues, ex-husband, neighbours or son, resulting in a glorious dinner table scene full of petty squabbles, interpersonal rivalry and deviance; more a critique of bourgeois lifestyle than the mystery-thriller the trailer would lead you to believe.

The identity of her assailant is hardly unpredictable, but, rather luckily (and no doubt intentionally), the film doesn’t hinge on this mystery. Rather than be constricted by her ordeal, Michele wants to shape her life and control everything in her circle, namely in the direction of the video game she’s producing or the choice of her son’s home.

The narrative is built completely around its central character, allowing Huppert to run riot and dominate the piece. It’s strange how a film that has courted this much controversy feels like such a one-woman show; Huppert is so assured and powerful it feels like she controlled every aspect of production.

Verhoeven’s career has long been dogged by accusations of the trivialisation of rape, but here he has constructed a film with an empowered central character, one who wants to deal with a heinous crime in her own way. The messages of this film may be conflicting, and so may the blending of genres, but it makes for provocative cinema – something that is too rarely seen.