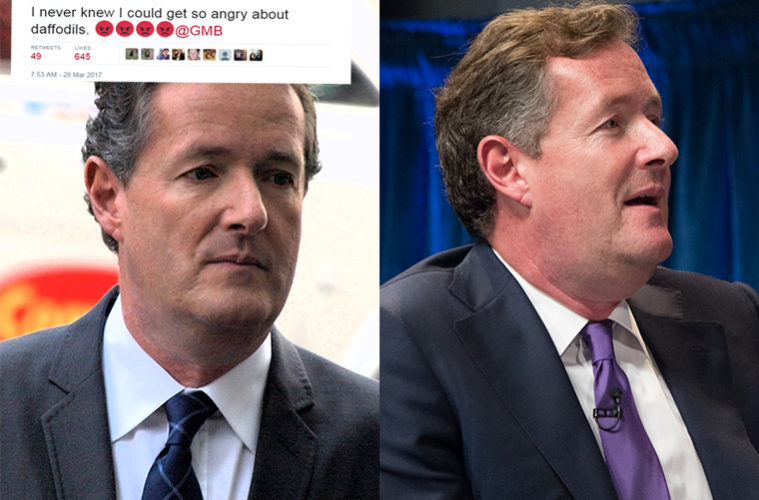 But, there has been a handful of times where we actually agreed with Piers Morgan, whether you want to admit it or not. And if people do admit it, you’ll notice that they have to clarify that they usually don’t…

The Gas Attack in Syria

The latest news has been truly heartbreaking and shocking, and Piers actually said what we’re all thinking.

Awful news that made he nation stand still. And Piers Morgan gave a statement regarding Britain’s strength against terrorism – and it couldn’t be any more spot on!

Piers reduced a GMB guest to tears (right or wrong?) after the woman invoiced her own friend for her three-year-old’s £325 boots that got scuffed during a play date… A three-year-old probably shouldn’t be wearing £300 boots because all children’s shoes inevitably become scuffed and damaged through general use and play.

Not the most serious issue ever covered on GMB but Piers went savage on a dad who let his children pick public flowers for Mother’s Day… Initially, it sounds harsh, but a good point was made that it’s public land and the flowers should be there for everyone to enjoy.

I never knew I could get so angry about daffodils. 😡😡😡😡@GMB