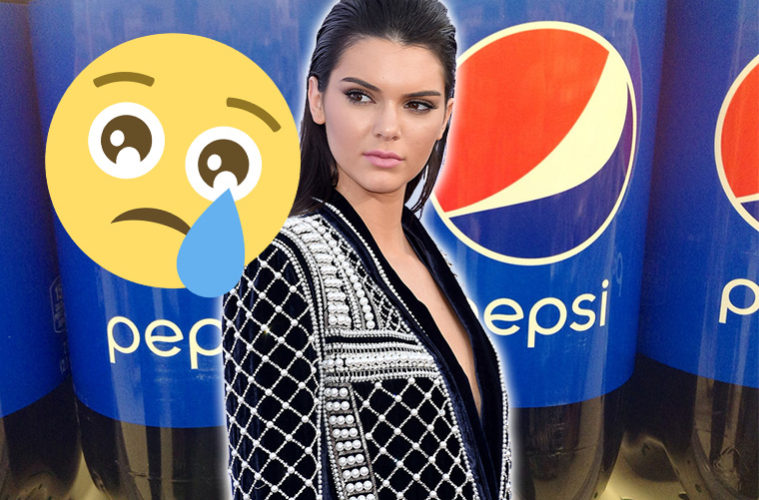 Where to start with this one? If you haven’t seen it, watch it…

It tried to touch on some very real issues, I think? It wasn’t overly clear which issues they were protesting (Racism? Religion? Gender norms?) I suppose Pepsi didn’t want to make the ad too controversial. But without this it doesn’t give the ad any real direction; profit is key I suppose.

In classic billion-dollar business style the ad is very visually pleasing, plenty of artsy shots with interesting focus points. However this only makes up 50% of a good advert. Without any real story the viewer is left thinking ‘wtf was the point of that?’.

It’s also a very unrealistic ad; I’m well aware that many adverts portray unrealistic realities but this advert honestly makes the viewers think ‘this would never happen in a million years.’ Kendell basically grabs a Pepsi, walks past hundreds of protesters and right up to a line of police officers (she would have been tackled or pepper sprayed at this point) she then hands one of the armed cops a Pepsi and he starts drinking it. I’m sorry WHAT? Who writes this? A can of Pepsi doesn’t have super powers.

The ad has now been pulled by Pepsi who released a statement saying the advertisement clearly “missed the mark.”

They went on to say…

This seems like a bit of serious response, as far as I can see they weren’t targeting any specific ethnicity groups or religions with this ad – their intentions were good. I feel as though they could have reworded ‘we missed the mark’ to ‘The ad didn’t come off the way we intended, we wanted to show may different people coming together to fight a cause that affected them all.’ But hey ho it’s done now.