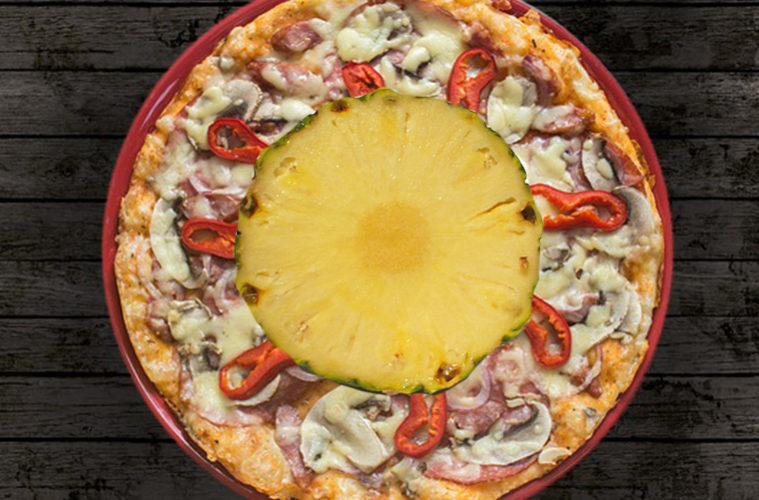 Does pineapple go on pizza? Gordon Ramsay doesn’t think so

Gordon Ramsay has become popular on Twitter for rating people’s culinary efforts, but it’s one of his most recent posts, that has sent the internet into a spin.

Pineapple on pizza is an age-old debate and the tough-talking chef seems to have ended it with one tweet.

Ramsay responded to a fan’s statement about pineapple toppings being a genius idea.

The Hell’s Kitchen host replied: “Pineapple does not go on top of pizza…..”

Pineapple does not go on top of pizza….. https://t.co/lhD6aliOV8

Ramsay well and truly re-ignited the argument as store bought pizza sellers jumped in to defend the Hawaiian pizza.

@GordonRamsay It does though….. pic.twitter.com/pRF8yKIFaX

Originally Ramsay made the statement when he was guest host of the Nightly Show.

I personally think any form of pizza is great. Add pineapple any day. What’s your opinion, does pineapple belong on pizza?