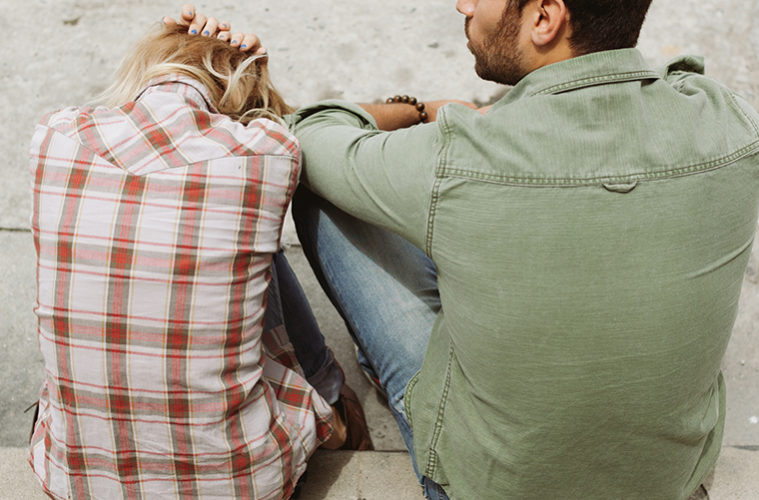 The Most Awkward Breakup Stories

Breakups are just a part of life and most of us will experience one at some point during our lives. Thankfully, they probably won’t be as terrible as the following. Here are the most awkward breakup stories…

Woman that I had been involved with for, probably, two months found out that I had no idea of what her name was. We’d met at a party, we never went to her place so I couldn’t check the mail.

Incident ended in her standing on a sidewalk in Denver screaming “What is my name? What is my fucking name?”

I had a girl break up with me because of a burger order… She said she wanted mustard, I got her a burger with mustard. She stares at this burger for a good minute after the first bite and looks at me: ‘I wanted mayo.’ I look at her: ‘You said you wanted mustard?’ ‘I hate mustard.’ At this point I feel bad and offer to go get her another burger. ‘No it’s fine. I’ll eat this burger.’ Couple of minutes pass, I’m enjoying my burger and look up to see her still staring at her burger. At this point I’m like, ‘I can go get you another burger, it’s no issue,’ only to have her snap at me, ‘I’m going to eat this burger! What makes you think I’m not?!’ Now I’m irritated. ‘You’ve been staring at that burger for the past five minutes like it owes you money – I can go get you another one.’ She didn’t take that well. She stormed out and a couple of seconds later I get a text saying, ‘We’re through, don’t unfriend me on Facebook, I’ll unfriend you when I get home.’ Needless to say, I unfriended her first, and ate her burger.

I was dating a guy who I honestly thought loved me. One night we decided to meet at a bar after I was meeting with a friend. He disappeared for about 30 minutes. When he came back he told me he had had sex with a woman in the bathroom! While I was there! A random stranger!

He broke up with me on my birthday, just before I was leaving for uni. He took me out to lunch and broke up with me before we’d even started eating. The worst part? My birthday present from him was a cushion that sang ‘Always Look On the Bright Side of Life’.

I broke up with a guy because I found out he had been jerking off via FaceTime with several other girls. Fast-forward to one months later and I am on a date. We were at my place watching a movie on the couch and my roommate spots someone in the backyard. Turns out it was my ex spying on me. My roommate chased him through the yard throwing her shoes at him yelling – he never lurked around our backyard again.

I had been dating my college boyfriend for 1.5 years. I flew home one weekend and he was supposed to pick me up at the airport when I returned. He didn’t show. This was pre-cellphones, so I was on a pay phone worried sick about him. Finally made my way to the dorm. Find him laying in bed watching MTV. I ask, ‘Did you forget about me?’ He said, ‘No, I just decided I don’t want to see you anymore.’ And that was that.

On his family’s vacation, I broke up with him after I caught him in the shower…wait for it…with his half-sister, who was at least 10 years older than him, married, with two elementary-aged sons. Yeah.”