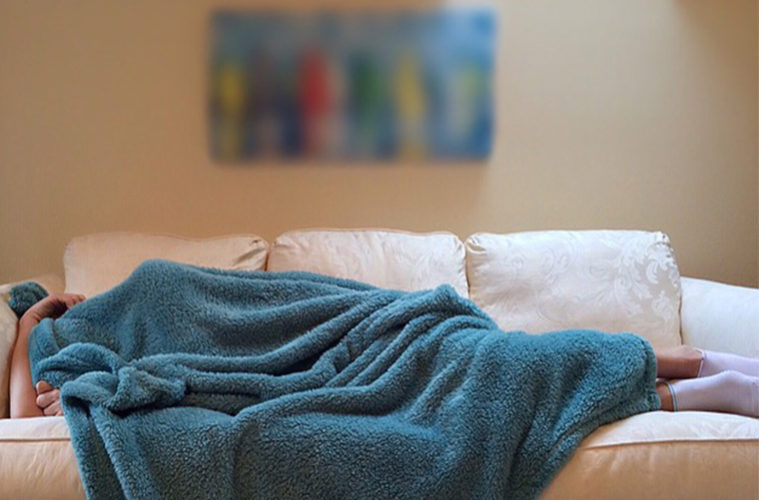 The Top Googled Medical Symptoms by Students are…

Worried students turning to ‘Dr Google’ to self-diagnose are more concerned about insomnia than any other heath problem, with an average of 74,000 monthly searches in the UK.

Online pharmacy company, Pharmacy2U, has conducted a study into 28 common health symptoms in 10 of the UK’s biggest student cities to determine when search peaks and trends occur.

Overall in the UK, diarrhoea is the second most popular symptom to search online, with an average of 49,500 Google searches for the word per month.

These aren’t the only health problems the student population takes to Google for, however. With a peak search increase post-Christmas, sore throats are also frequently Googled. An average of 40,500 searches per month makes this the third highest concern across the university cities. 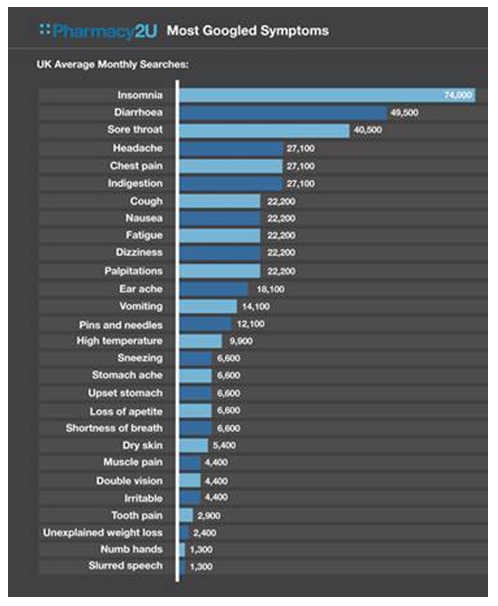 Insomnia may lead the way, being the most searched-for health term for the UK overall and nine out of the ten cities, but its Leeds where people appear to be less worried about getting an eight-hour sleep.  For the home of Leeds Beckett and the University of Leeds, the embarrassing symptom of diarrhoea takes the lead.

Research from Pharmacy2U also found that:

Phil Day, Pharmacist at Pharmacy2U, commented on the results:

“The public’s reluctance to visit a GP or Doctor when feeling under the weather is apparent and has resulted in a phenomenon of online searches.

“This isn’t something new to us, but what we really wanted to find out was what the most commonly searched symptoms were, and whether any trends occur during the year. It’s interesting to see that spikes mainly occur during January, just after Christmas when people have taken a break.

“The UK public definitely isn’t shying away from turning to the web when it comes to diagnosing a health-related issue; and our research highlights this well”.