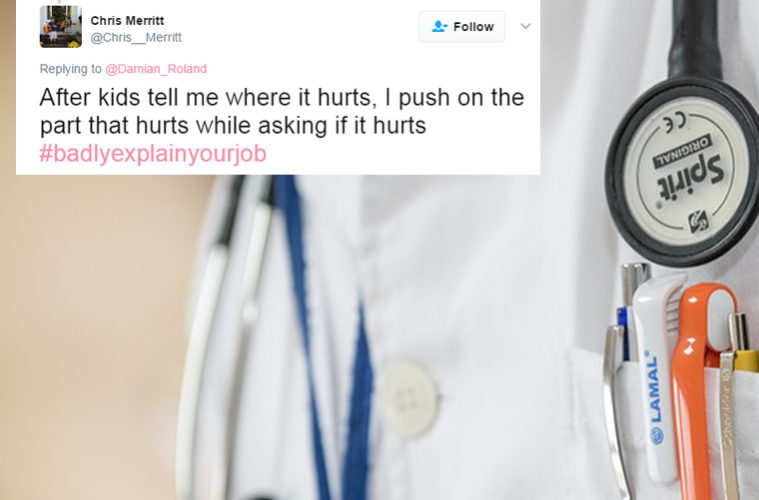 Ever tried explaining your job to someone and you end up making yourself sound like some kid of freak? The Twitter trend #BadlyExplainYourJob had members of the online community badly explaining their profession on purpose to make them sound as weird as possible…

I've married many men, and I know where all the bodies are buried #badlyexplainyourjob

I ask strangers intimate questions and then touch them all over their body.#badlyexplainyourjob https://t.co/omyzUO2KuF

#badlyexplainyourjob I stick giant needles in pregnant people until the crying stops.

I ask people "have you tried switching it off and on again??" #badlyexplainyourjob

After kids tell me where it hurts, I push on the part that hurts while asking if it hurts #badlyexplainyourjob

I try to do nothing #GP #badlyexplainyourjob

I cut people open and sometimes they get better. #badlyexplainyourjob

I stick needles into people until it doesn't hurt anymore! #badlyexplainyourjob

I cultivate hordes of deadly pathogens.#badlyexplainyourjob

Send us a tweet trying to badly explain your job! @StudentPocket