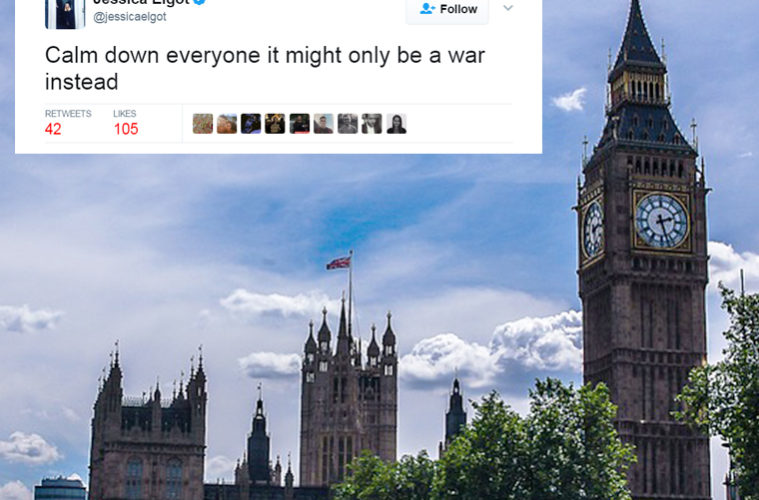 The Funniest Tweets About The Snap Election

With the shocking announcement from Theresa May regarding the snap election, we could rely on the Twitter community to make light of the situation and put a smile on our faces…

The Lib Dems upon hearing of a snap #GeneralElection pic.twitter.com/K9d2gIhhhv

'She said she wasn't going to call a general election'
Theresa May: pic.twitter.com/prWcL2qAou

I know someone else who called a snap election. Hitl… pic.twitter.com/rgEA3F5jcZ

Calm down everyone it might only be a war instead

PM to nation: "GENERAL ELECTION"
Nation to PM: "please stop, we are all so tired"

She's called a fucking what?!? pic.twitter.com/qTrKqPhnxp