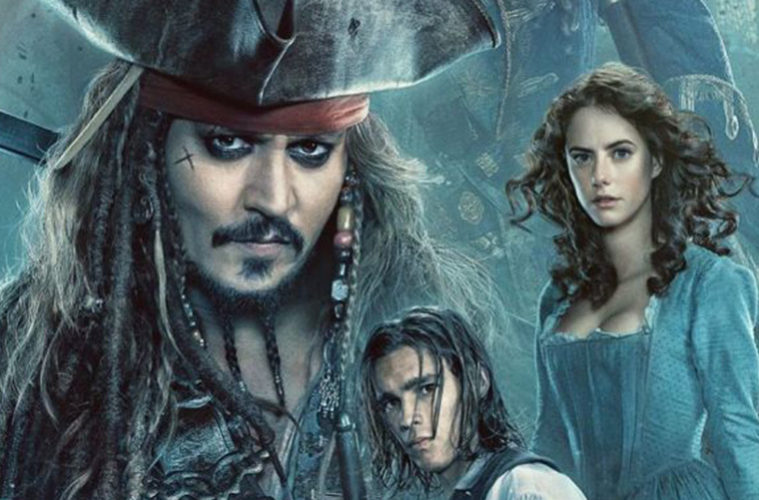 The question on many people’s lips will be: is it time to take the Pirates of the Caribbean franchise to the ship breaker’s yard? For an equal number of people, the film series arrived there a long time ago, and the need for a fifth outing on the high seas might appear to be a purely financial exercise. In reality, Pirates of the Caribbean: Salazar’s Revenge is a much better film than its most recent predecessors and returns to the playful tone which characterised the first film.

One of the major problems with the Pirates of the Caribbean franchise has always been its convoluted and overly-complicated plots, all of which revolve around someone going out to find something, break a curse, avoid the other guy who’s searching for the same thing, whilst another guy is trying to kill the first guy to get revenge for the…well, you get the idea. In Salazar’s Revenge, directed by Norwegian duo Joachim Rønning and Espen Sandberg, we are reunited with everyone’s favourite slurring pirate Jack Sparrow (Johnny Depp).

Sparrow teams up with Henry Turner (the son of Orlando Bloom’s Will Turner, and played by Brenton Thwaites) who is searching for the Trident of Poseidon, the only thing which can break the curse which is trapping his father in the deep seas. Young Henry Turner meets Carina Smyth (Kaya Scodelario), a feisty and intelligent woman of science who offers to help him discover the location of the Trident.

This being a Pirates film, however, things are a little more complicated than that. An enemy from Captain Jack’s past – an undead Spanish Captain called Salazar (played with great exoticism by Javier Bardem) – is seeking revenge, and Geoffrey Rush’s Captain Barbossa is also thrown back into the piratey mix for good measure. Broadly speaking, this action sails along at a decent pace, providing a couple of entertaining set pieces, the best of which sees Captain Jack experience the guillotine in the style of a fairground ride. Execution setting aside, this is when the tone of the film is closest to the original: tongue-in-cheek, adventurous and anchored by Depp’s performance.

Johnny Depp’s Keith Richards impersonation is love it or loathe it, and in Salazar’s Revenge it feels remarkably fresh, mannerism and eye-liner included (and let us not forget that he earnt an Oscar nomination for the original film). Talking of performances, Kaya Scodelario does a good job of being the new Keira Knightley, especially when trying to explain to the pirates that her being a horologist is not what they think it is… Double-entendre is the name of the game for the script and, this being a Disney film, may well raise a few eyebrows. Brenton Thwaites ticks the good-looking but rather inert non-pirate male lead, and Geoffrey Rush growls his way through a character which he clearly enjoys playing.

Javier Bardem’s performance, too, is pitched nicely, and he does a good job of cutting through all the CGI which renders him as the undead Captain Salazar. The effects for the film are well-realised, if a little overblown in the film’s denouement which serves as a warning that throwing a load of money at something (or rather, into the salaries of an army of computer special effects guys) doesn’t necessarily translate into gripping viewing. That said, the overall production design does well to create a Caribbean world full of colonies, treasure islands and seas rippling with zombie sharks and ghostly galleons.

The cinematography does a nice job with the action sequences and, coupled with the iconic soundtrack, helps to create a world which fans will be pleased to rediscover. Oh and, of course, there’s a cameo which could only exist in a Pirates film. Paul McCartney as Captain Jack’s scouse uncle. Really.

Pirates of the Caribbean: Salazar’s Revenge will do nothing to convert the haters. But for everyone else, it ticks along nicely, has one or two fun action scenes, and returns to the playful tone which characterised the first film. Reading this review back, I’m conscious of the number of times I’ve talked about “this being a Pirates film”. That, I think, is testament to the franchise’s successes as a recognisable brand and its blend of comedy, adventure, history, magic, and absurdity. This ship hasn’t quite sunk. Yet.