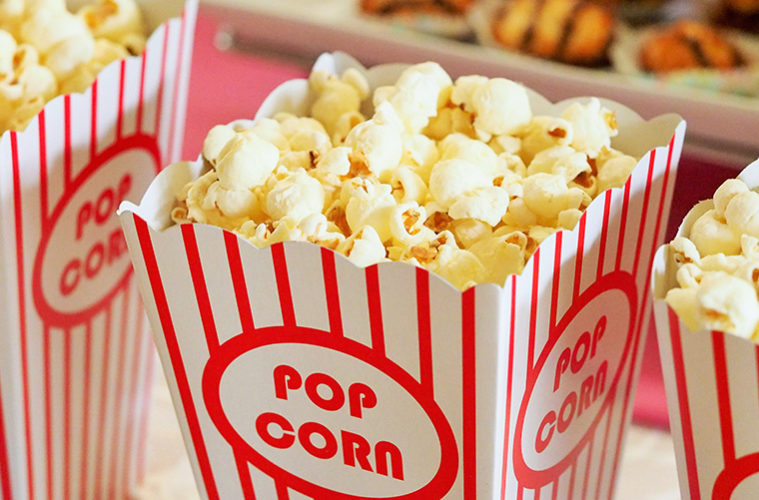 Summer is on the way, or so we’ve been told. In anticipation, swap your shades for 3D glasses and let’s take a look at some of the big-screen releases set to hit your local cinema over the coming months…

Hollywood’s fascination with Ancient Egypt continues, this time with Tom Cruise facing up to evil mummies intent on destruction. Sofia Boutella, who you might recognise from Kingsman: The Secret Service, is the mummy in question and returns from the dead after being accidentally woken by the US Army. When the trailer was released last year, it caused much merriment as the soundtrack was missing much of the sound effects, save for grunts and groans from Mr Cruise. Not the best of starts but who knows, this reboot might be a resounding success.

Love it or hate it, Transformers is back. Personally, I’d rather run a marathon with bits of Lego strapped to my feet than sit through a mind-numbing, robot-bashing, misogynistic, nonsensical and inane Michael Bay film. But maybe that’s just me. Without Optimus Prime, war has broken out between humans and the Transformers and Cade Yeager (Mark Wahlberg) must try to save the world. Transformers 5 is set to take big bucks at the box office. It might be a masterpiece. But I doubt it.

Perhaps most famous (or infamous) for introducing the world to minions, Despicable Me returns for a third film and sees Gru (Steve Carell) meet his long-lost twin brother. With voice talent from Kristen Wiig, Steve Coogan and Russell Brand, the film promises to be an entertaining watch for the whole family.

War for the Planet of the Apes 14th July

Man vs. Ape. Not the most obvious of wars, but the Planet of the Apes franchise has been surprisingly popular and Andy Serkis returns in motion-capture glory as Caesar, King of a tribe of genetically-enhanced apes at war with a human army. Sequels are rumoured to be in the works, so let’s hope that War for the Planet of the Apes is worthy of them.

One of the biggest blockbuster releases comes at the end of July with Christopher Nolan’s much-anticipated Dunkirk. The cast list is impressive: Tom Hardy, Cillian Murphy, Mark Rylance, James D’Arcy, Kenneth Branagh ,and yes, Harry Styles. Told from three perspectives – land, sea, and air, Dunkirk is set to be a tense and affecting drama and, under Nolan’s direction, a compelling watch.

Also released: Baywatch hits screens on 29th May and stars Dwayne Johnson and Zac Efron, well, running along beaches topless. High art cinema right there. In one of the big superhero films to enter cinemas this year, Wonder Woman (1st June) sees Gal Gadot in the title role. Girl power to the max! With something for the kids, Cars 3 screeches onto screens on 14th July and sees Lightning McQueen prove he has still got what it takes to be top dog on the race track. 6 Days (4th August) is based on the true events of the 1980 Iranian Embassy siege and stars Jamie Bell and Mark Strong in this action drama. For the horror fans out there, Annabelle: Creation is released 11th August and features a possessed doll intent on terrorising a nun and a group of orphaned children. You have been warned.