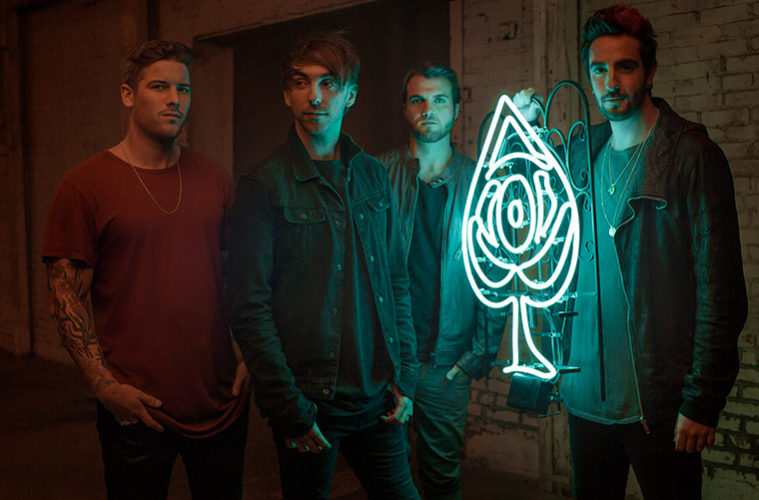 American rock band, All Time Low, have just finished up their UK tour prior to the release of their 7th studio album ‘Last Young Renegade’. Since forming in 2003 the band has had multiple singles go gold and platinum in the UK and they have smashed their way to the top of the music industry. We spoke with front man, Alex Gaskarth, about all things touring, zombies, and their latest hit ‘Dirty Laundry’.

Hi Alex! How are you and how is the UK tour going?
Tours been great! It’s winding down actually. Tomorrow is the last show – London! Starting and finishing in London. We had to hit Norwich before we left!

This morning you were performing in the Radio 1 live lounge, now you’re here, and tomorrow you’re travelling back to London for your last show. How do you cope with such a crazy schedule and what do you do to relax?
I think you just kind of get used to it and you go with the flow. One of the big things working in this industry is you just kind of learn to roll with the punches and go where you need to be. If you’re tired you suck it up – but it’s all worth it in the end! The payoff is insane.

Cool! Do you get time to explore the cities you play in?
Yeah we do! I mean, not every single day, but for the most part we generally have a little bit of time to wonder around and see what’s out there. After the show we go out and see what’s around and yeah it’s a lot of fun!

Do you have a favourite city?
There are so many good places… Osaka in Japan.

What about in the UK?
Actually we just played Cambridge and it’s a really cool city! London is probably my favourite.

Your latest album, ‘Last Young Renegade’, is a studio album set for release in June. We’ve all heard Dirty Laundry and it’s sound is very different to your previous stuff – what can we expect from the rest of the album?
Well you might’ve heard the second song we put out, ‘Last Young Renegade’, it’s a little more up tempo and closer to what people are used to hearing from us. I think it’s really kind of all over the place; it really runs the spectrum of what All Time Low can do. The biggest thing I think is that we wanted to put ‘Dirty Laundry’ out first – it just seemed like the right thing to put forward plus we wanted to change some things up a little bit and try something different. And also, it just felt like the first part of the story we wanted to tell lyrically. I think the record is a little bit darker and it explores some different themes that we haven’t really touched on before so it felt like a really good way to set all that up.

Do you have a personal favourite track from the album?
I do! It is really difficult to choose right now because the record is so fresh and it’s not even out yet and we’re still waiting to see how the crowds react. Right now I have found a new appreciation for ‘Dirty Laundry’ since we’ve started playing it live and the crowds have been so receptive and amazing. But there are a few really good ones on there that I love! 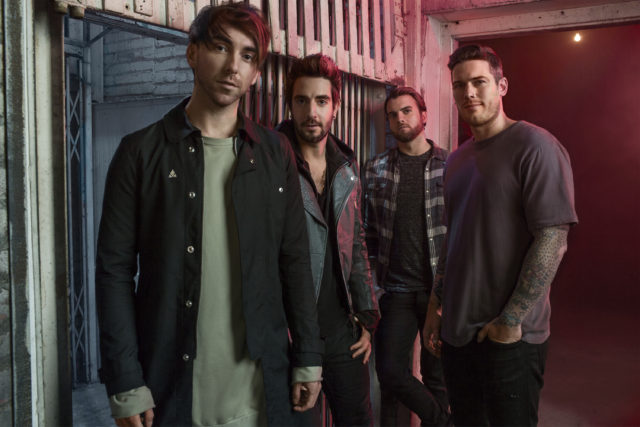 When you play, is there a particular song (out of all your songs) which really stands out and gets the best reaction from the crowds?
I think ‘Dirty Laundry’ is up there right now! It has really been so cool and it’s a new one – the fans kind of steal it and takeover and sing it really loud.

How does it feel recently having multiple singles go Gold/Platinum in the UK?
It’s insane. Especially because a lot of them are from our back catalogue and we put those out years ago and the fact they’re still building and rolling like that is very rewarding. It’s awesome. It’s good to know there are new fans coming along and then buying the old stuff.

What do you like most about UK crowds?
I think there is a great energy over here and people are really into rock music and that atmosphere and for a little while, I think that got kind of stale in the states. The UK has always kept things fresh in terms of rock music.

Out of your whole career, is there one show in particular that really stands out to you?
I don’t know about one… We’ve played a lot of shows at this point and it’s really tough to put it down to one. There have been so many amazing times… Opening for Green Day at Emirates Stadium years ago was really cool. Our last arena run was really amazing because that was the first time we’d done that as a headliner.

And festivals! We saw you at Download last year.
There you go! That was a fun one.

You guys spend a lot of time together especially on tour – do you ever annoy each other?
No to be honest, not really! We’re like brothers at this point; there are fights but nothing serious! It’s usually just dumb sh*t and then it blows over.

What is your strangest fan experience?
There have definitely been some… Nothing crazy though! People have actually been really rad in recent years but there was a time where people were showing up at my house! A little invasive and inappropriate.

We’re now getting onto the weird questions… In the event of a zombie apocalypse, what would be your plan of action?
Head for the water. Stock up on sh*t, get on a boat, and get out of there! Only make stops for supply runs but mostly stay on the water. Zombies don’t f*ck with the water.

They don’t! What about your choice of weapon?
You can’t limit yourself to one… Bludgeoning weapons are good. I like to think you’d have to learn to shoot left handed so you use your strong hand for close range combat and take out some targets from far away with your left… I really thought this through.

You were a zombie in your ‘Something’s Gotta Give’ music video…
True. I know how dangerous I was – I’ve been in a zombie’s mind! 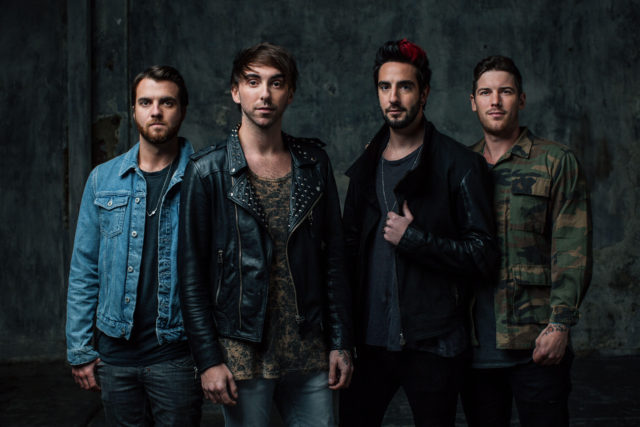 Tell us something about yourself not many people know.
I don’t know. I’ve told a lot of them already – I have no secrets! Something nobody knows…

Damn it.
Sorry! I didn’t realise there was a right answer! (laughs)

What is your number one choice of drink on a night out?
Here in Norwich? It’s got to be Snakebite, baby!

What about whisky or anything like that?
Yes! All the above.

What advice would you give to aspiring musicians?
Go with your guts. Stay true to yourself and do what you believe is the best thing for you.

Are you ever drunk writing your lyrics?
Yeah sometimes! I’ve written a lot of sh*t.

Do you have a least favourite song?
Yes. But, I’ve stopped answering that question because someone is then like, “But that’s my favourite song!” and I keep ruining it for people! (laughs).

Thank you very much for speaking with us!
Hell yeah! Thank you guys!