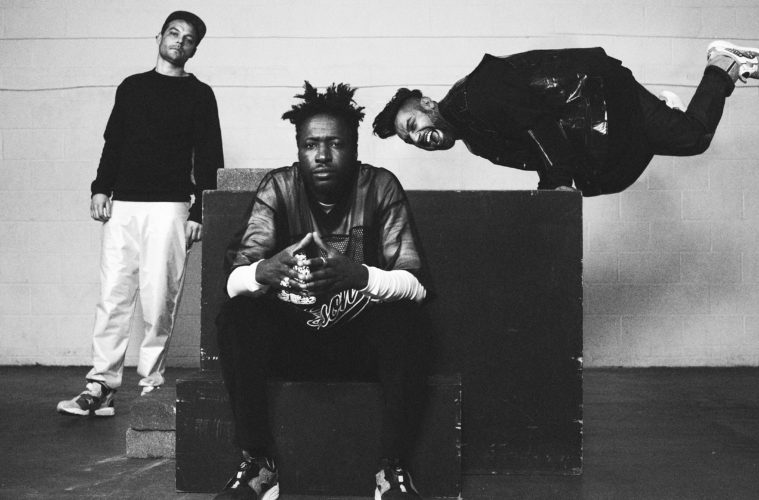 Since their formation in 2002, multi-genre UK trio Foreign Beggars unique trajectory has seen them evolve from underground hip hop heroes to trailblazing electronic crossover act. We caught up with Metropolis and Orifice Vulgatron!

Foreign Beggars: 2017’s been a fun one, Trump and Brex aside. We’ve been touring as usual. We made a collaborative album written and recorded in 48 hours with Monster Florence and a few friends, aptly titled “48”. And we’ve also been working on our own full length album which is close to completion, were really excited to show you guys what we’ve been working on. We also just got a new studio we share with Ivy Lab which is sick. There’s a great vibe in the spot and a few more of our closest collaborators will be moving in, so we’re really excited about the possibilities in new music that will be forthcoming. Good times!

Q 2:  Tell us about your backgrounds individually… How did Foreign Beggars begin?

M: Well I’ve always been musical since really young. I played a variety of instruments when I was a kid and I wrote my first rap when I was about 8 years old. I started rapping properly when I was 11. I got mad inspired by the whole East Coast underground rap movement until somebody put me on to Task Force when I was 15. Before Foreign Beggars I was in a group called Slippaz Krew for a few years, then I met up with Vulgatron and Dag Nabbit just before they finished recording Asylum Speakers. I’ve also known Nonames since University. We smoked hella bongs in that time! Aaaah those were the days.

OV: Myself and Dag Nabbit were in several groups from the age of 14 playing metal and rock,  we then started making hip hop with a crew called SKA in Dubai. It was about 96/7 we started mixing and throwing DnB parties and eventually moved back and set up a studio in London. We were throwing DnB Parties, playing at raves and pirate stations in 99/2000 and it was through hitting all the open mics like Kung Fu, Dekefex and Magnatraction who we linked up with. Around then met we Mixologist and DJ Gizroc who introduced us to DJ Nonames and Metropolis who were then part of a crew called Focused Few. Once we dropped  ‘Where Did The Sun Go’ in 2003, we linked up and formed a crew to go out on the road. 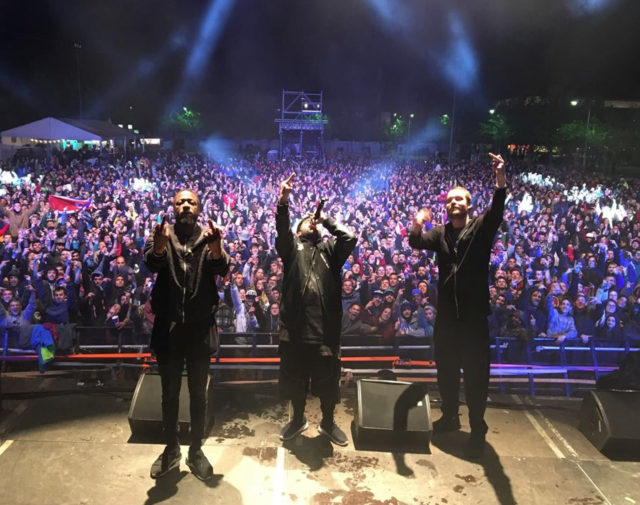 Q 3: I know you recently played in Amsterdam and I bet you’re crazy busy constantly! What’s the best thing about travelling around for shows?

M: We feel very lucky to be able to make music and travel the world through our art, its always great to get to see new places, although sometimes you don’t see much more than the airport, the hotel and the venue. Occasionally we might get to chill an extra day or so, but not as much as I’d like! But yeah, its great. We get to eat all the craziest local food, like that one time in France when I ate an insect on toast… That was kinda cool.

Q 4: Who were/are your biggest inspirations?

M: For me it was Company Flow. I heard Funcrusher Plus when I was 16. Mind blown. I’ve also been massively influenced by Pharaoh Monch. But I’d have to say my two biggest inspirations was my mom who was an absolute don and Jacob Sam Larose; a poet I went to school with. He schooled me in all the right Hip Hop principles from an early age. Kinda shaped my core values in Rap from young.

Q 5: Where did the name Foreign Beggars originate from?

Foreign Beggars: Heard it on a track by Kyza Jehst and K- Lashnekoff. At first I thought it was too close to home but it was too ill to let go once I started imagining the roll out. It’s a controversial name and there were a lot of issues in Britain Surrounding Asylum Seekers at the time. Plus we are from all over the world so it made sense with us.

Q 6: How would you describe your signature sound? How does it flow?

M: I don’t know if you could say we have a signature sound as we’re so schizophrenic in the kind of music we make at times. If anything, I’d say we’re a high energy electronic rap outfit repine the Ukizzy‘ard.

Q 7: If there could be one venue or event you could play again, where would it have to be and why?

M: If I could play any venue again it would have to be Subterranea circa 1996 at FKO Raw. That was my first time performing on stage. If I could go back in time I definitely wouldn’t have dressed up like I was going to an RnB jam. Don’t get me wrong, I duppied the ting, but I would definitely rather had been in my full Karl Kani swag that day. What can I say I didn’t know I was gonna be on stage, I was just on a chirps ha! I’d say Getafe en Vivo was one of the craziest shows we’ve ever played. Garrorock mainstage was about 20- 25,000 people. But one of my favourites shows to do is always Hip Hop Kemp in the Czech Republic. EDC Vegas is a mad ting as well

Q 8: What should we expect from Foreign Beggars this year?

M: As I said before, look forward to our collaboration album with Mo Flo and friends drooping on the 26th May. Then look out for the new album we’ve been working on. Some brand new fire dropping this summer. There’s some big tunes mans, keep an ear out!