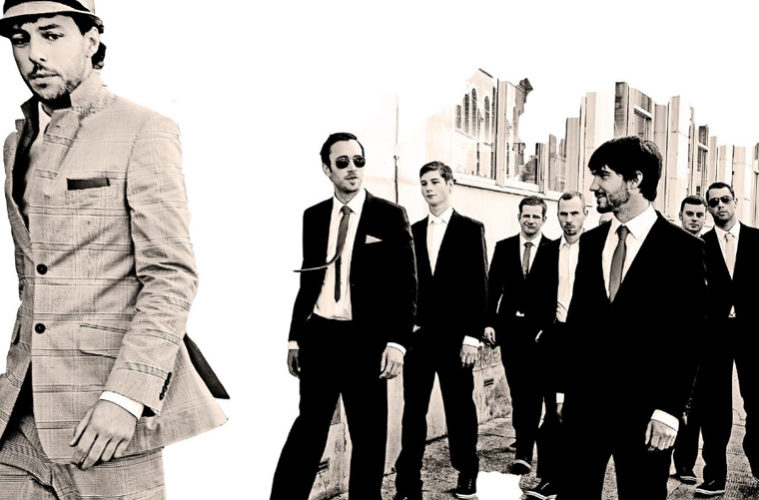 With a style based in dub, ska and roots reggae, GDC have burst onto the UK circuit, rocking gigs and festivals up and down the country with their super high energy show. We caught up with Jonathan from the 9 piece band talking all things Gentleman’s Dub Club!

Q 1: Hiya Jonathan! How are you doing?

I’m having a good day thank you! It’s pretty hot, especially with all this running haha!

Q 2: What have the band been up to this year so far?

We released our studio album which came out on the 7th of April on Easy Star Records which was incredible! We done a corresponding campaign and tour to go along side that. We’ve been gigging loads as well; we’ve probably played about 30 shows already this year! It’s been awesome but it’s tiring!

Q 3: So tell us about the story behind Gentleman’s Dub Club! When did it all begin?

We were at uni basically up in Leeds and there was small group of friends, I was one of those, and we just fell in love with Dub music! We are all musicians and we came into it from all different perspectives whether it was Classical, Jazz, Rock or even Heavy Metal or Drum and Bass. We came into it from different angles and we just fell in love with this style of music. We tried to recreate it and just messed around for it for ages. It then kind of took shape after 6 months of jamming I suppose. We started gigging a little bit at free parties and events that were happening around Leeds. We then realised at that point that this type of music was made for the parties, made for good soundsystems and was made for happy people and it just felt like a really natural birth and early development! It was really just enjoyable. 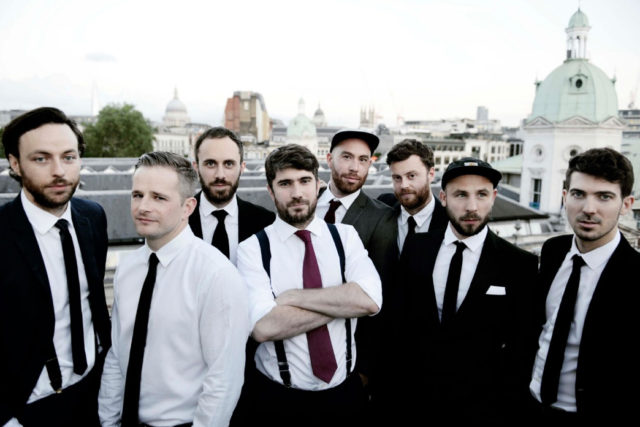 Q 4: Your new album Dubtopia is wicked! Love it! How long does it take to put an album together? What are your steps?

I reckon you could do most parts of an album in a few weeks. With that one, it terms of writing, we all wrote some songs and some tracks so drum patterns, song ideas, lyric ideas and choruses etc. We then brought them together as a group and hired out a studio for 5 days. We just jammed, we got everyone together and just jammed like we did when we first started. We take the ideas, jam them and then we decide if they’re going to work or not. It’s good because we don’t need to second guess ourselves when we’re there as a group. It feels like it works! So after a week of being in the studio together we then went away and developed some things individually. I went away and did loads of the lyrics and melodies. Toby the producer was in charge of pulling it all together, he worked on that for about 6 or 8 months. We just threw some bits into the hat and refined things. We then went into recording about 8 months after we had the writing week. Its then down to Toby again to pull it all together and to balance it out, also to choose the final tracks to go into the album. The decision is then made with the band, the manager and the record label! Then it’s mastered, and yeah, we can press the green button and release it! It’s not an easy thing to do. 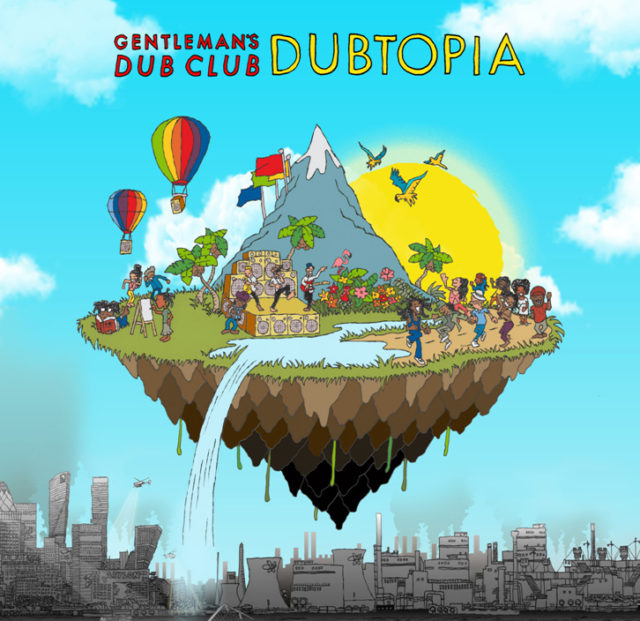 It’s pretty tough yeah! It’s hard in some ways but we suffer it because it makes such a big impression on stage. Actually we don’t really suffer it, our manager suffers it! He has to get everyone out of bed in the morning and make sure we all feel motivated all of the time. From our point of view it’s just a real pleasure to have all of our mates and to be able to meet up on a regular basis to do what we love it’s just amazing!

Q 6: How has the band developed since the beginning?

I think it’s changed a fair amount. The music I suppose in a positive sense has improved from like party based to it becoming more about songs; they’ve improved over the years. Our approach towards things and methodology has changed. Things just develop as you grow and it’s quite hard to see it from the inside. Things just happen naturally and we’ve being doing for 10 years, so we’ve probably developed in every single way!

Q 8: You pretty much run Outlook Festival in Croatia! How did that come about?

Well, when I was at uni, I remember deciding I want to work in music but I didn’t want to necessarily rely on other people. I started promoting nights and it naturally developed. It was club nights then me and a few friends decided we wanted to start a festival, and then Outlook came about. We run Outlook, Dimensions and Sun Fall as well in London. There’s 5 of us in total that run Outlook, it’s just developed a lot over the years!

Q 9: Is it hard being in a band and running your own business? Bet you’re jam packed!

It’s quite hard yeah! It’s hard to balance the two out.  Luckily enough both of them started at the same time so the feed of each other and both parties are understand when it comes down to the other need. It all merges into one really.

Q 10: What shall we expect from you guys this year?

We’re working on some new music and we’ve got a couple of exciting projects coming out actually. I can’t say much as they haven’t been completely decided. We’re playing Glastonbury, Outlook, Boomtown, and Strawberries & Creem Festival in Cambridge. We’re doing about 25 festivals this year! It’s a lot. We’re playing around Europe and the UK a lot, playing at those shows is the best part of it! We’re just fortunate as we’re a big group and we have really good long-lasting friendships. We’re just so lucky to be doing what we love.