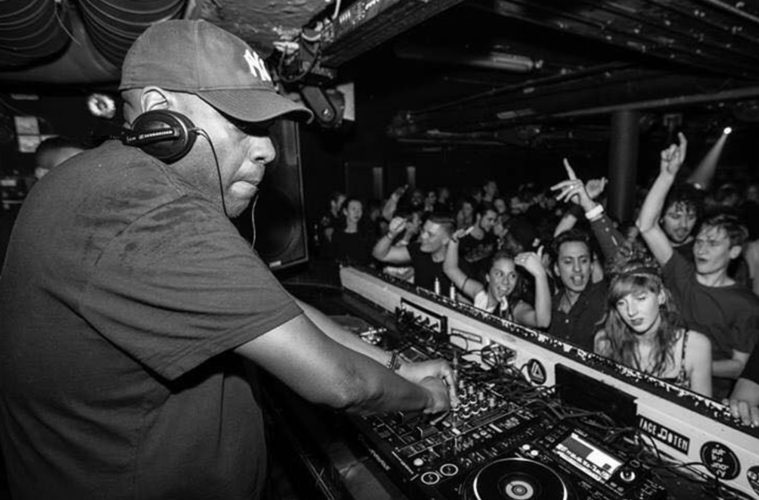 Having been a part of the UK music scene since the 90s, Jeremy is a DJ who can cover a variety of styles, blending them all into one sound that has become synonymous and identifiable to him as a DJ. Combining a mix of Deep House, 90s Style House, Deep Tech and Jacking with a little bit of Old Skool 4×4 Garage, Jeremy’s style is second to none.

I’m very well, thank you – and super busy – so I’m not complaining at the moment.  It’s been an eventful 12 months with plenty of international DJ work, productions, new collaborations, remixes, and my label releases on the go.  It doesn’t seem like its stopping anytime soon!  It’s also been a fantastically busy year for our music promotion company Urban Dubz Music PR, which has seen some great artists from all over the world come through our books.

Q 2: What have you been up to recently? Anything big?

Recently I’ve been quite busy working on a couple of very exciting production collaborations.  I’ve teamed up with French Garage/Bass producer Rude Jude, who’s an amazing and very talented producer/musician, and is now living in London.  I first discovered Rude (Aka Julian) on a Facebook post late last year where he created a UK Garage cover video, in which he re-creates classic UKG tracks from back in the day.  One of which he included was my early late 90s remix Garage mix of Shola Ama ‘Imagine’.  This video went viral with over 5 million views on Facebook.  We got in touch with each other, and we’re now making some brand new top quality vocal based 2 step/garage tracks featuring a top secret vocalist I can’t say too much about yet.  We will try to recapture the heyday of the early 2 Step sound reminiscent of Club Asylum fame.  You guys at The Student Pocket Guide will surely be the first to know!

I’ve also teamed up with the amazing, charismatic and legendary Timmy Vegas – a fellow Brummie producer who’s been in the game a long long time. Together we are called SWERVE.  One of Timmy’s biggest hits was ‘Strings of Life’, which was signed to one of the biggest house labels, Defected Records, which hit the UK national charts a few years back.  We’ve been busy in the studio carving out some fantastic new deep house/garage tracks geared towards mainstream, but with an underground appeal. I’m quite excited about this.  Timmy and I have been talking about collaborating for years, so I’m glad we finally found the time to make it happen.

Recently, I set up a new club night in Birmingham called RECORD BOX (REC:BOX) which will be focusing on fresh new UK Garage/Bass line and old school classic 90s vibes.  We had our first show last year at Rainbow in Digbeth, Birmingham, and it was a great success.  We’ll be continuing the venture later this year with the emphasis on quality line-ups, with only the finest DJs and performers on the scene.

As well as that, I’ve just released a massive album compilation called ‘90s Deep Cutz’, which mainly features back catalogue releases from one of my other labels “Love House Records”, which was established back in the early 2000s.  The album also features tracks from artists on the camp including Alex Garcia, Le Smoove (Groove Riddim), Xtabel and a selection of some of my early alias’s, including SLY.  This album includes 30 DJ friendly tracks and an exclusive DJ mix from me.  It’s now available to download from iTunes, Traxsource, Beatport and all of the main digital stores worldwide.

We also have another album called ‘GARAGE FUTURE’ currently in production via my label Urban Dubz music, featuring unreleased and released tracks from our artists and others such as myself, Sweet Female Attitude, Hybrid Theory, Club Asylum, DX3, Groove Riddim, Ples Jones, and many more. The focus, as the title suggests, will be new underground House & Garage tracks.  This will be available in all digital stores worldwide including iTunes, Beatport, and Traxsource.

Q 3: Can you tell us about your background?

I got into music production through my dad, who had been in the music industry for many years, having had chart success all over the world with his Disco band ‘The JALN Band’ managed by the infamous Peter Waterman (Stock Aitkin & Waterman/ Hitman & her TV show).  In the early 90s, my dad owned a recording studio in Handsworth, Birmingham UK called ‘EYE 2 EYE STUDIOS’; this became a hub for attracting local talent in and around the Birmingham area.

It was a time when I was actually working an apprenticeship for Fort Dunlop doing engineering, but then decided I wanted to get out pursuing my passion in music.  Whenever I could get the opportunity to use my dad’s studio between recording sessions they had there, I would jump at it.  I learned by watching my dad and the sound engineers/producers, and by asking for advice constantly.  I used to annoy them with my constant questions about how things worked in the studio.

This all started on the verge of the up and coming ‘Jungle’ scene which I was very much inspired by.  Birmingham has a strong afro-Caribbean community, so when growing up (as well as in my household) I was influenced by Reggae, Dub, Soca, Funk, Soul, and Disco etc.

My early tracks were very ‘Bass line’ influenced, with my early Jungle tracks sampling heavily from old Reggae/Dub/Dancehall music.  I pretty much sampled from any and everything, and tried to manipulate it in my own way to make it my own.  I liked to think that I was always current to what was going on within the British music scene.  I really love US House music, which also had a massive influence on me and still does today.

Q 4: Who was you biggest inspiration?

My biggest inspiration was my dad and his Disco/Funk band ‘the JALN Band’.  Then, of course, growing up listening to the likes of Prince, Michael Jackson, Madonna, Kraftwork, LL Cool Jay, Public Enemy, and anything to do with Electronic music – I was all about that.  I got inspired by any and everything.  I was also a big fan of 80s Brit pop, so anything like Duran Duran, Talk Talk, Nenah Cherry, Spandau Ballet, Eurhythmics, Tears for Fears, Pet Shop Boys, Culture Club, The Police, Phil Collins, Soft Cell and more.

I think that British underground music from the 90s was totally unique and our own.  It was something to be proud of.  Music was much more diverse and creative, and there was an element of healthy competition amongst music producers – especially in my genres, where there was a desire to be different and to always break down boundaries; coming up with something fresh and new sounding.  I’m not saying it’s gone away, but for me, I felt it was a little more organic back in those days.

Q 5: So how would you describe your style?

It’s quite difficult trying to explain my style, but I would describe my music as sexy, dirty, groove-led, melody driven with underlining underground roots.  I try not to pigeon-hole myself, but unfortunately in this industry you are always going to be labeled in some way or another.  Bassline grooves are an integral part of what I do and what I’m known for.  This is the backbone to all of my tracks from day dot.  I guess this stems from my Jungle roots, and me growing up in a part of Birmingham known for its afro-Caribbean community. 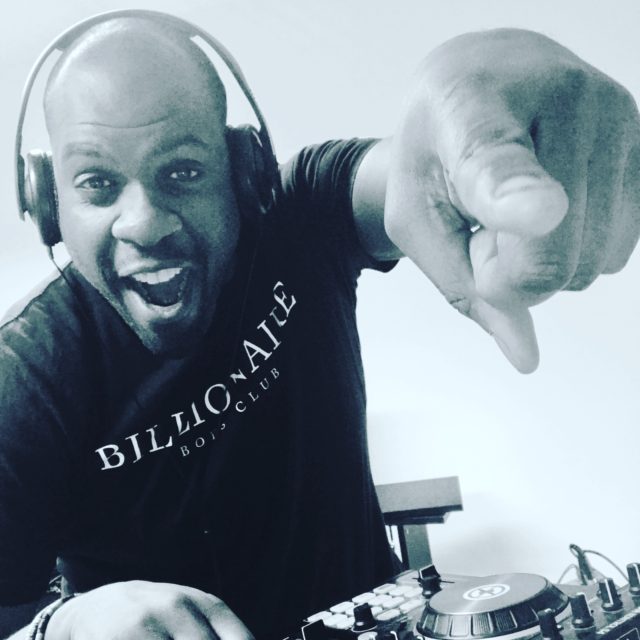 Q 6: What’s been the best event/venue you’ve played at?

I would say the best venue I’ve ever played in was in Amsterdam, a legendary building right in the heart of Amsterdam called ‘Paradiso’ for Bubbleclub reunion. The atmosphere was amazing, the sound system was on point and the people were an amazing party crowd.

Q 7: If you could pick, would you want to be the best DJ or the best producer?

That’s a very tough question.  I started out producing, and came into DJing a little later on.  Producing has always been my first love, but I do love it when I’m DJing out and watching the reaction of crowds to music you have created or love.  I’m going to be diplomatic and say that it’s a 50/50 split.

Q 8: What DJs did you listen to from the beginning?

I listened to mainly American DJs at the beginning, especially (as mentioned above) the likes of Todd Terry and Masters at Work (Kenny Dope & Louie Vega).  However, during my early Jungle/House music years, I loved listening to British DJs such as GrooveRider, Fabio, GE Real (Who I worked with on a couple of my early Jungle releases on S.A.S Recordings), Carl Cox, Kenny Ken, A Guy called Gerald, Dillinja, DJ Hype, Uncle Dugs, Rat Pack, Shy FX, DJ SS, Photek , Goldie, Bukem, Ray Keith and others.

Q 10: Have you got any big plans for this year?

My big plans for this year include focusing on my club night RECORD BOX (REC:BOX) in Birmingham and around the country, and like I said earlier, I’m really looking forward to my music production collaborations with Rude Jude & Timmy Vegas.  Also, look out for ‘GROOVE ASYLUM’ DJ gigs later in the year, where Groove Chronicles/Noodles and I will be going back to back on DJ sets around the country.  Look out for my new albums being released!  Also, preparations are being made for a USA and Australia tour.  More details on that in the near future, so be sure to check out my social networks and website for more information.