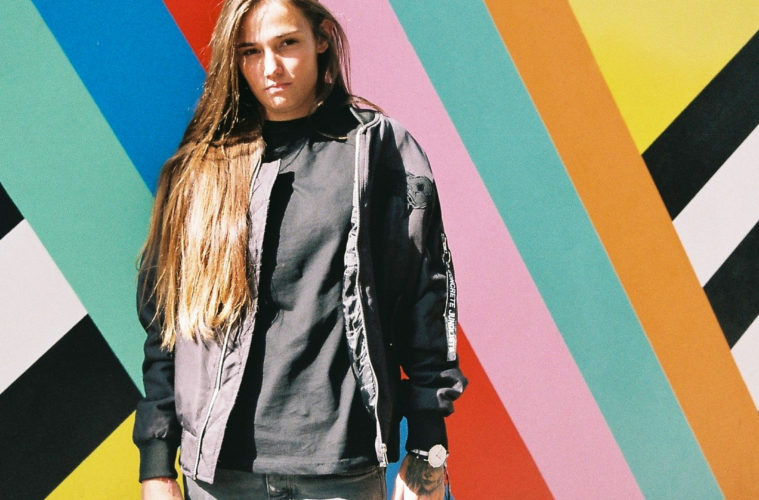 Everything about Mollie Collins’ approach, attitude, technique and rise smacks of the original spirit Drum & Bass was founded on. At 18 she exchanged her standard 9-5 to work every aspect she could in nightclubs: from street team trooper to party promoter, VJ to DJ… Mollie has studied and contributed to the unique culture inside out.

Q 1: Hey Mollie! How are things and what have you been up to recently?

Yo! How’s it going? All good my end thank you – busy busy!

I’ve been playing all over really since the start of the year. I’ve been so busy with shows in the UK and I’ve done at least one a month around Europe; great fun. I’ve been spending a lot of time in the studio as well as my monthly radio show on Reprezent.

Q 2: So when did you become a DJ? Tell us about your journey!

I started DJing about 2 years ago. It all started when I used to work in a nightclub where I live in Kent. I used to do promotions and light jockey for the DJ’s every weekend. From there I could watch the DJ’s for hours and it made me realise that I wanted to be in their position rather than assisting them with the lights! I chose Drum and Bass because it has always been my favourite genre of music. When I was younger it was all I listened to and used to go out raving/socialising too. So to be on the other side of it all is wicked! In the last year I’ve been noticed a lot more – my fan base has grown and I’ve really started to notice the support I have all over the UK and in Europe. 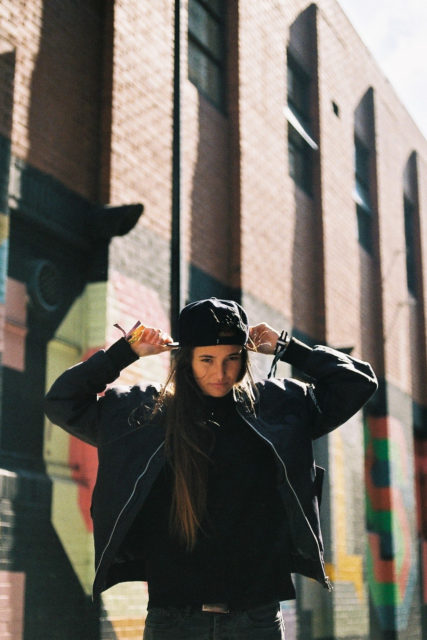 Q 3: Did you have any inspirations?

I saw DJ’s every weekend whilst working in the club, DJ’s from different genres (not just Drum and Bass) it was inspirational! I remember Frankee from Ram Records was down and he smashed it, really good to watch – that was inspirational. Even watching DJ Redhot, one of the maddest Garage DJ’s I’ve ever seen. I was just like, “I want to learn and I want to do that!” Also of course the big guys like Andy C, Mampi Swift and Jaguar Skills, are some of my favourite DJ’s! Going out hearing them play inspired me to be in their position.

Q 4: So I know you won the Best Breakthrough DJ at the Drum and Bass awards this year! How did it make you feel?

It was a mad one that! It really is an amazing feeling to win an award for something you’re so passionate about doing. I’ve never won anything before so it was a great feeling and a really wicked experience. It’s funny because my manager didn’t tell me.  He got told a few days before I think, so I had no idea. Just minding my own business waiting for the others to get theirs and heard my name out of nowhere! Funny but so good! 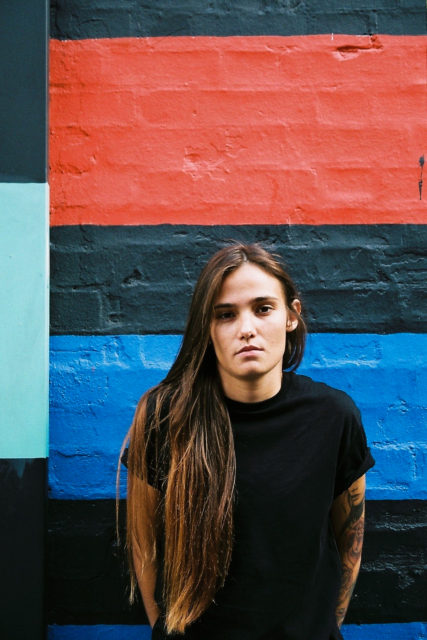 Q 5: So what’s been the best event you’ve played at and why?

People always ask me this and I don’t even know what to say; every show I do is good in its own way. I’ve played at events from hundreds to thousands. I think an event is basically what you make it. If you get into it vibing off the crowd no matter how many people are there or off the venue or festival, or whatever type of event it is, then it will be a good show no matter what. I am lucky to have played at some non DnB events like Eskimo Dance, representing Drum and Bass there and doing events like that I really love because you go into it not knowing what the crowd will think but they just get it anyway!

Q 6: Was your ‘Shape Of You’ Bootleg your first proper release?

It was my first proper bit of production that has been put out, it’s a bootleg however so it’s not released on a label. I did it with Rushmore, a fellow artist signed to the same label as me, Charge Recordings. We wanted to do it first before anyone else because the tempo of the song was so close to Drum and Bass we knew it would work well! I think Ed released the song on the Friday and we started working on it on the Saturday at like 8 in the morning till 6 in the evening. We spent a lot of time in a short space of time on it and wanted to get it out there as quick as we could. However, the next few we have lined up, are a lot less chill and they will be released on Charge!

Q 7: What’s next for Mollie this year?

I’ll have a few tracks coming out on Charge Recordings. Shows all over the UK and Europe which I love! As far as festivals go I’m playing NASS Festival, Electron Festival, CT Festival, Mutiny Festival, Innovation In The Sun, Dreambeach, Kendal Calling, Summer Gathering and Hospitality In The Park (to name a few!) A Friction BBC Radio 1 Guest mix will be coming up very soon. I have some wicked special guests appearing on my monthly show on Reprezent Radio. I’m sure there is so much more work to do and more to come. Looking forward to a very productive 2017!