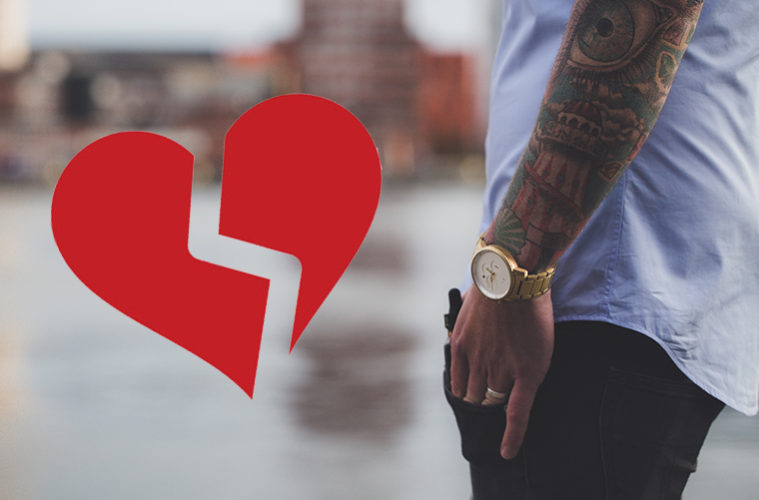 You might think some of your breakups were pretty horrendous, but the people below make you really appreciate how ‘normal’ yours really were…

The Cockblock
“When I broke up with my ex he became so hysterical that the only way he would “let” me leave him was if after the breakup we continued to be best friends. Not just any kind of best friend either, he wanted me to still come over for “sleepovers” and share his bed with him. He told me that any other guy I dated after him HAD TO BE 100% okay with this or else I couldn’t date him.”

Dressing anyone?
“My first boyfriend tried to convince me he had slashed his wrists because I wouldn’t take him back. The “blood” was very obviously Catalina salad dressing.”

A Little Extreme…
“My high school “girlfriend” told me she had cancer after our first date. She asked me not to tell anyone and that her parents got really upset if it was mentioned so to not talk about it with anyone. I dated her for six months. She turned herself anorexic to appear “sickly”. Once I started making friends, no one understood why I was with her and I kept her secret.

Well, I finally put two and two together after she told me she was going in for chemo on a Monday. She said she wasn’t going to be at school for at least a week. I caught her trying to hide from me before the first class and asked her how her chemo went. She said it went so well and that all her hair fell out but they sewed it all together and sewed the wig to her head.

Yeah… She was a special one.”

Murder Isn’t The Answer
“A girl I’d been seeing for a few months, I was 21 she was 24 and had a boy about 2 years old. She was basically normal, had a good job, took care of the kid ok. She was kind of a dim bulb though, not very bright. I was bored in the relationship and really didn’t want to become step-dad to the kid so I ended it. No prob.

Run into her a month or so later at a bar and we end up going back to her place for a night of ex-sex. Next morning she makes coffee and breakfast, I go to school, she goes to work. I get incredibly sick on the way to school, throw up multiple times, make it to school still puking find the nurse/medical office and vaguely recall being loaded into an ambulance.

Come to in the hospital. A doc tells me I OD’d on an enormous amount of meth and had about five minutes left to live before they figured it out. Oh by the way there are some federal agents here to talk to you.

Turns out she had planned this whole thing and decided that if she couldn’t have me, no one could. She went to jail but got a reduced sentence for turning on the family member that was making and distributing the meth.”

A Bit Nippy…
“My ex found out my rebound had pierced nipples. Completely normal response: She pierces hers, shows up at my apartment, climbs up to my balcony and waits for me to come home, topless. Not weird at all.”

Only Slight Paranoid?
“One of my exes was convinced that I was cheating on her with both my mother and sister, so whenever I spent time alone with either of them I was bombarded with text messages and phone calls. When my mother, sister, and I went on a family vacation to New York City, she was insistent that I sleep in the hotel’s fire escape because she thought I was going to have sex with them.

Oh yeah, she also thought when I talked to my sister on the phone, my tone of voice suggested that I was trying to seduce her into having phone sex.”