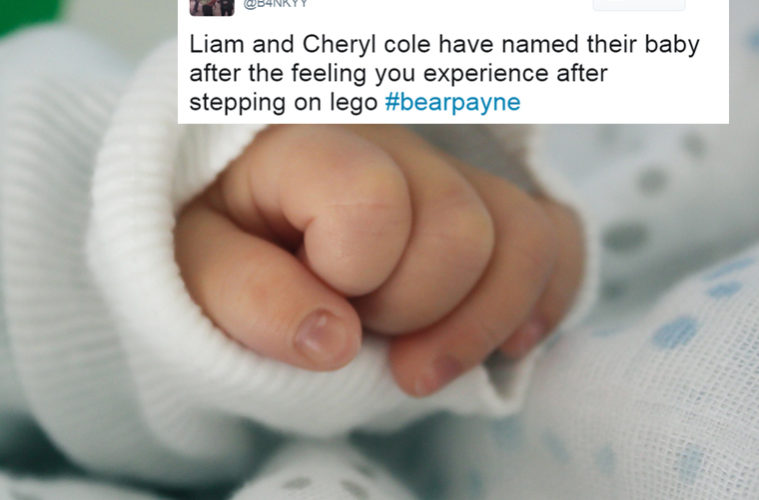 Liam and Cheryl have finally announced the name of their newborn son and although the name is adorable, combining it with the sir name, Payne, has caused a few giggles…

i hope the kid can bear the payne of having that name for the rest of his life https://t.co/7XdUoAdcJ7

never before seen picture of liam and his son #bearpayne pic.twitter.com/fU6W465pf4

Cheryl Cole and Liam Payne have named their baby "Bear Payne" which is exactly what I feel when I hear any of their music.

Imagine being in labor at North York General so long you named your child Bear Payne.

bear payne, child of liam payne and cheryl cole, on the first day of school while the teacher takes roll pic.twitter.com/cG2iEnKZI6

Cheryl, how was labour?