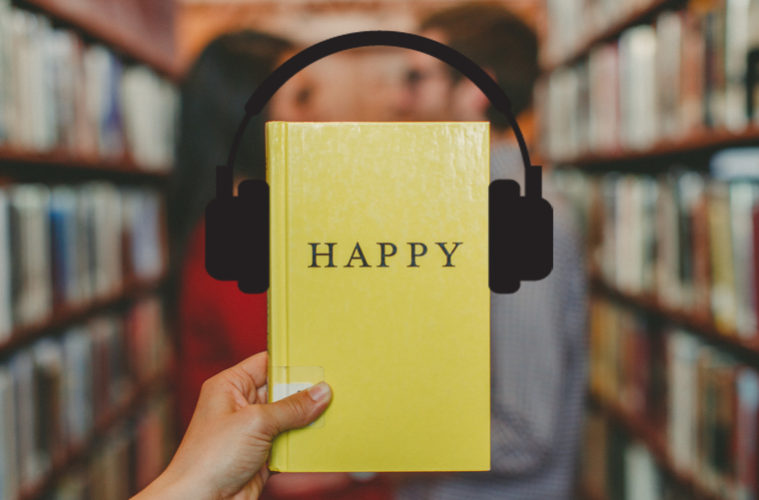 Maybe you’re not the greatest reader, or you just don’t have the patience to read a book… But either way, why not try some audio books? It’s a chance to feel like a kid again as someone else reads to you! Just like a bed time story when you were still in nappies. Here are some audio books we think are great!

YOU ARE A BADASS: HOW TO STOP DOUBTING YOUR GREATNESS AND START LIVING AN AWESOME LIFE

Published in 2013 and narrated by Jen Sincero, this audiobook is a blunt how-to book with a refreshing sense of humour that helps you to become awesome.

A SHORT HISTORY OF NEARLY EVERYTHING
This audiobook was published in 2003, is narrated by Stephen Fry and explores some areas of science without all the big scary words none of us know the meaning of. It’s an insightful look into evolution, the Big Bang, and geology at a level we all understand!

THE MIGHTY BOOSH: THE COMPLETE RADIO SERIES
If you’re familiar with the popular television show “The Mighty Boosh” you will love the audiobook. It features British comedians Julian Barrett and Noel Fielding working as zookeepers in a failing zoo. “Come with us now on a journey through time and space!”.

A MINDFUL GUIDE FOR THE FRAZZLED
Published in January 2016, by comedian Ruby Waxthis audiobook fights back against the idea that relaxation and rest are “dirty words”. It basically tells you, in an insightful and humorous way, that it is perfectly fine to rest using mindful cognitive therapy.

THE POWER
Narrated by Rhonda Byrne and published in 2010, it’s an inspiring and motivational audiobook for self-help
and spirituality. “The Power” of the title is the power of love and it’s ability to make you the person you aspire
to be; by being positive, you attract positivity!