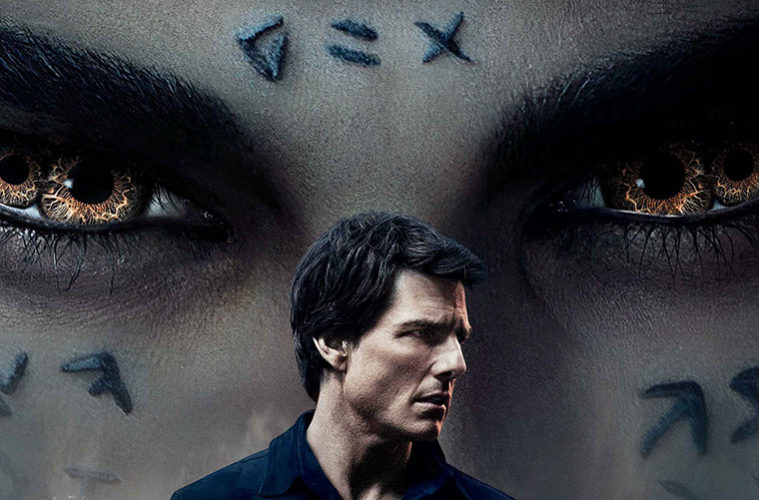 Like its eponymous character, The Mummy film franchise has a long history. The first film, marking the beginning of the Universal Monsters film series, was released way back in 1932, and famously starred Boris Karloff as the bandaged priest Imhotep. Five more films were made over the following decades, and in 1999 a modern reboot of the franchise hit cinemas, starring Brendan Fraser and Rachel Weisz. It is this film with which you are probably most familiar, especially as ITV2 seem to endlessly show it on Sunday afternoons.Fast-forward to 2017, and it’s the turn of Tom Cruise to take on the evil powers of Ancient Egypt’s undead in a messy film which whips itself into a sandstorm-like frenzy of action and horror which needs more than a few bandages to keep the audience enthused.

There’s no denying the allure and mysticism of Ancient Egypt, and it appears that Hollywood, too, can’t resist the pull of decaying corpses wrapped in rolls of Andrex. Directed by Alex Kurtzman (writer for Transformers and a producer for Star Trek), The Mummy opens in conventional fashion, recounting how an ancient Egyptian princess called Ahmanet (played by Sofia Boutella) turned to evil after her father denied her the throne by having a son. Her dark plans, however, were thwarted and Ahmanet was imprisoned for eternity in a sarcophagus where, Russell Crowe’s character tells us in the opening scenes, her evil festered and grew even stronger.

A few millennia later and we find Nick Morton (Tom Cruise) roaming the Middle Eastern deserts, ostensibly as an army reconnaissance agent, but actually in search of ancient artefacts to plunder and sell to the highest bidder (a dishonest Indiana Jones, if you will). He teams up, rather reluctantly, with archaeologist Jenny Halsey (played by Annabelle Wallis) when they stumble across Ahmanet’s tomb and, rather than letting sleeping dogs (or should that be mummies) lie, they extract the sarcophagus with a view to studying it further. Of course, things don’t go to plan, and in a well-choreographed sequence, Ahmanet’s latent power causes their military plane to crash which results in one freed and very angry mummy.

The star of this film is, obviously, Tom Cruise, battling ancient Egyptian princesses with a likeable arrogance – a performance which has become something of a trademark. There’s no denying that he’s good in the role and, for a 54 year-old, is in brilliant shape (as a morgue scene in which he runs around naked demonstrates). The problem, however, is that the script wanders from action sequence to action sequence, each of which are skilled and technically impressive enough, but the film as a whole feels disjointed and underwhelming. A sub-plot which introduces Nick to Russell Crowe’s head of a secret society which hunts ancient evils is seemingly thrown in for a bit of variation, and this Dr Jekyll character (yes, he’s really called that and yes, he does transform into Mr Hyde) serves little apart from giving Cruise the opportunity to fight with someone other than a mummy.

Sofia Boutella is rather menacing as Ahmanet, tattooed in strange pictograms, and early scenes in which she gathers power from literally sucking the life out of humans are rather creepy. The film’s 15 rating is justified by the level of horror but also serves to undermine the effect of the screenplay. The 1999 film neglected many of the horror elements in favour of a more comedic adventure tone, whereas this version takes itself very seriously, and any moments of humour are rather dreary and unoriginal. The resulting asymmetry of the screenplay – competent and explicit special effects against a weak narrative – only serves to alienate the audience and make the whole thing seem uninspiring.

The Mummy is a formulaic return to Hollywood’s romanticising and embellishing of Ancient Egypt. Made all the more frustrating by the obvious skill with which the special effects and action scenes were crafted, the lacklustre story appears to have been written on papyrus and left to decay for a few thousand years in a pyramid before being discovered and translated by someone with a GCSE in hieroglyphics. Not devoid of merit but, equally, an unremarkable addition to The Mummy franchise.