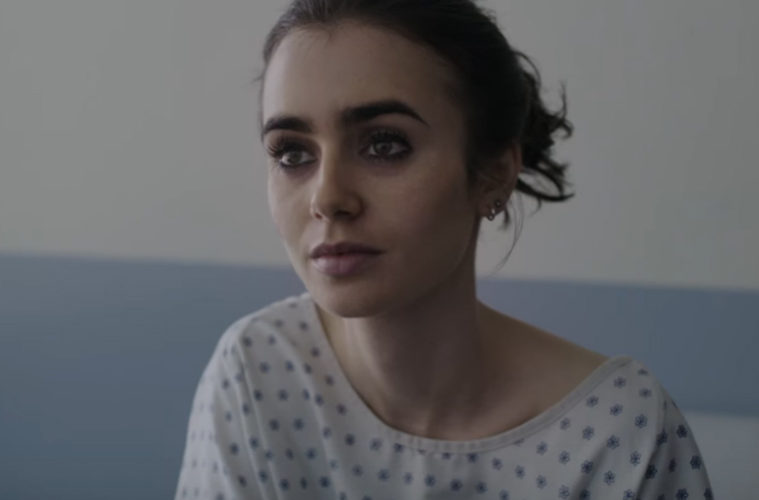 ‘To the Bone’ – is Netflix Romanticising Anorexia?

The upcoming Netflix drama, ‘To the Bone’ stars Lily Collins who plays a young woman named Ellen. Ellen suffers with anorexia and is sent to a nontraditional recovery programme in the home of other young sufferers.

Convinced the programme will be similar to every other failed rehab attempt, Ellen finds herself being challenged for the first time and motivated by her fellow patients. She also finds inspiration from the doctor’s (Keanu Reeves) eccentric treatment of the group.

Collins battled her own eating disorder in her teenage years meaning the project has been a very emotional, physical, and personal challenge for her. She even lost a significant amount of weight for the role under medical supervision.

She said, “I had just written the chapter in my book (Unfiltered: No Shame, No Regrets, Just Me) about my history with eating disorders the week before I received the script for this movie. So it was like the universe literally throwing it in my face saying, this is something you need to address either for yourself or for other young people going through it out there.”

However, Netflix has a track record of their shows “accidentally” romanticising  or glorifying sensitive mental health issues. Most recently, Netflix was criticised for glamorising suicide in the hit drama ’13 Reasons Why’ especially since a viewer recently committed a ‘copycat suicide’ that resembled that of the suicide the drama if focused around.

Since the trailer of ‘To the Bone’ was released, the people of Twitter were quick to express their views on Collins’ upcoming drama…

Well Lilly Collins actually had ED so I think/hope this will be pretty realistic. But my main fear is Netflix romanticising MI (again)…

Some have even gone as far to say the title, ‘To the Bone’ is insensitive. Although it is difficult to really judge a film from a three minute trailer, take a look for yourself; what kind of message do you think the film is giving off about suffering with an eating disorder? It is glamorising and beautifying the illness? Or is in fact spreading awareness of the condition and encouraging suffers to reach out.