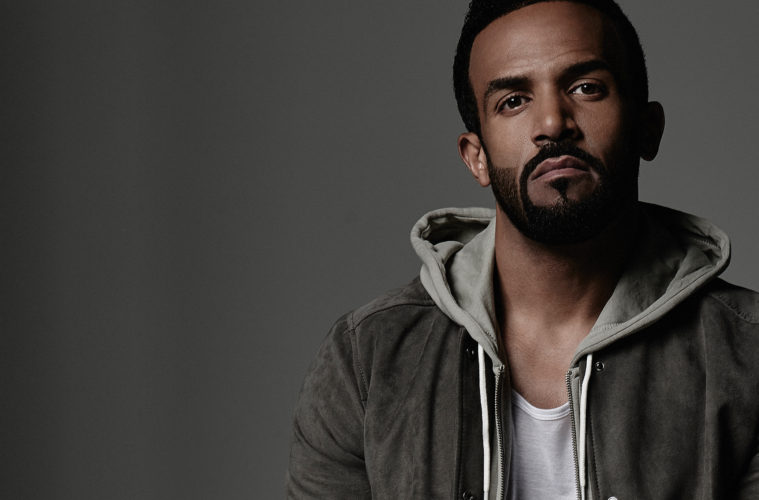 The man responsible for creating feel good garage music in the late 90s is back, nearly a decade later, with his positive vibes winning over a new generation of fans. Having lived the dream life in Miami, Craig David returned to his home in Southampton with one aim: to create new music and enjoy every moment of it! We caught up with him to talk about his fast rise to fame, his Miami pent-house parties, his latest UK arena tour.

Looking back, you released ‘Re-Rewind’ in 1999 followed by ‘7 Days’ and ‘Fill Me In’, and by then your name exploded. I know you used to DJ a lot when you were younger, but were you surprised by the level of fame you reached so quickly, or was this always a part of the plan?

I was totally surprised. One minute I was coming up to London doing small PAs in, like, the Coliseum and The End which was the kind of start of the whole garage scene. Then within probably the space of four of five months after ‘Re-Rewind’ dropped, I was filming ‘Seven Days’ and then we were literally playing 3 nights in Wembley Arena. It just went so fast. It was definitely a dream, but I never expected it to unfold the way it did.

How did you cope with that level of fame and growth so quickly?
At the time I was like 18 years old, so you’re just full of enthusiasm and hungry to show the world what you’re capable of. Also, I did a lot of DJing when growing up in Southampton in the whole club circuit there. So live wise, I felt like I was already ahead of the game – but in terms of how quickly everything was going, you kind of just flow with it. And I’m thankful my mum and dad raised me in a way that made me appreciate what was going on, as opposed to it just being like, “Yeah, obviously this is going to happen”.

Your new music is having just as much impact – you must be very proud?
Yeah, the most exciting thing for me is that I was able to just write songs in the same way I did in the first album, with no time restraints or pressure to release it at any certain point. Since releasing the album, to see two generations connecting with it is incredible; I’m seeing 17/18 year olds who are just discovering my music and are now just listening to the early R&B stuff; they’re like, “Oh I didn’t know you did R&B”. And then I’ve got people who grew up with my music, feeling they got that ‘born to do it-esque’ but with that 2017 kind of feel again.

Is it fair to say that your return is partially to do with your TS5 parties at your home in Miami?
Yeah, I moved out to Miami maybe 6 years ago, and that was definitely where I re-incorporated what I was doing back in Southampton, in the beginning, where I was just making mix CDs and mix tapes and stuff. It’s funny that all I did was bring that back into the mix when I was in Miami in my apartment. I threw a house party and then it was kind of just the missing link, because it made me feel like, live wise, I could just do what I used to back in the day when it was always exciting. So, to be able to do that again is the best feeling! It makes it feel fresh again.

Where did the name TS5 come from?
I bought an apartment in a hotel. They were apartments that you could put back into the rental programme and be part of the hotel. For some reason they were called the tower suite level, and they had five apartments on that level so it’s Tower Suite 5. When everyone was messaging each other when they were coming to the house party they’d be like, “Yeah I’m coming to TS5 tonight!” So I just ran with it. 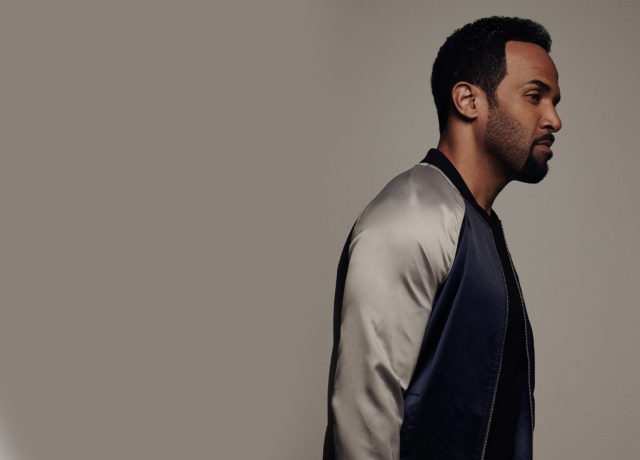 Can you explain a typical TS5 party?
I’d been in the club scene in Miami for a while and it just got a little bit played out, and felt pretentious in terms of the VIP area and the red rope. People getting a little too excited because there was a bottle of vodka on a wooden table, thinking they were a little better than the people outside the red rope, and I just hated that elitism thing. So I decided to throw a little house party at mine. It started off with around 10 mates, just having shots before we went out, and playing a couple of tunes.

That evolved into me putting on food and drink, giving shoutouts on the mic and actually made it feel to anyone that came that they were VIP. We were playing all the throwback tunes as well as the new stuff, and people were like “Oh yeah can you play one of your tunes as well?It’s weird because the stage that TS5 has now got to is through all these really natural things. I would never usually sing my own songs at a house party, but people would keep asking me to sing ‘Seven Days’ and ‘Re-Rewind’. It’s only because of people requesting those songs that they are a part of my live shows – it’s been wicked over the last few years.

Brilliant. Strategically, did you do anything differently this time round in terms of your music?
The only thing different is that I’m able to enjoy every moment this time round, because the first time it was all so fast. Like I said, I was a teenager,literally just out of Southampton and then travelling the world doing all these arena shows, meeting every person I grew up listening to, getting to meet them in the flesh and being like, “What is going on?” because they’re talking about how they’ve bought your album! This time round, the actual enthusiasm and hunger I have is the same as what I had when I was an 18 year old, but it all feels very new and fresh to me, especially with the TS5 element. We did a video shoot for ‘Change My Love’ in London and I got so much satisfaction out of doing the shoot. There were people coming up to me and wanting to take pictures, telling me they’ve been listening to my music since 99! I’m thinking, “This is what it’s all about.” It’s about relationships; that’s the only thing I have gained out of all these 17 years. It’s about meeting people, hearing people’s stories and how the music has connected with them. It isn’t about me getting too hyped; that’s meaningless! And I think that’s why it’s so much more fun this time round.

Where’s your favourite place in the world?
That’s a funny one because everyone has a different vibe about it. When I went over to New York, I had to admit, having grown up listening to Notorious BIG and that whole Hip Hop scene with DJ Premier and all that stuff, to be in Brooklyn doing a TS5 show, and then we literally sold out on another TS5 show that January which, for me, is crazy. But thinking of Brooklyn and what that music meant – the whole bad boy entertainment stuff when I was growing up buying vinyl – that for me is quite exciting because I grew up so heavily on Hip Hop music.

You had a UK arena tour earlier this year – which venue did you enjoy playing most?
Do you know what? Every single one of them! Back in the day, depending on who asked me or who I was doing an interview with, I would say, “Oh yeah definitely this one”, but if I’m completely honest? To think that
we went out on sale with the arena tour and there were people up and down the country who are buying tickets to come and see me perform, for me, I’m just hyped to perform at every single one of them. I think when you really equate how much a ticket is and what that means for a family who work hard to pay bills, and put a roof over their head, and they go and buy 4 tickets because there’s two kids and mum and dad; that’s a proper event for them! I’m just like, man, that is something I’ve got to be grateful for and not take it for granted and not be like “Yeah, yeah I’m just going to go and do the London show…”

Were you mostly singing music from your new album ‘Following My Intuition’, or did you throw in any of the old classics?
It was a good balance between the older tracks and the new stuff. I know when I’ve gone to shows and I’ve been a big fan of somebody, and they want to play their new stuff but also play the old stuff that really got me into them in the first place – I kind of respect that. So I made sure there was a good balance of stuff with the live band we had on tour, as well as remix stuff that the TS5 element allows me to throw in, that I’ve always wanted to do for so many years, and now I’ve got the ability to flex with that DJ element so it’s going to be sick! 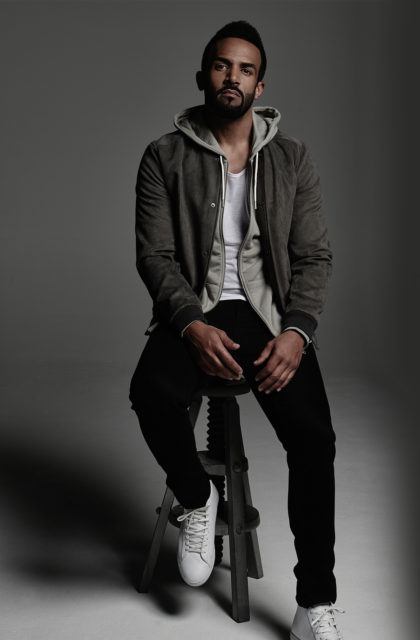 What’s your personal favourite track?
It still would be ‘Re-Rewind’, as it’s a very seminal tune of that whole garage movement. When I play that tune now it still goes off exactly the same way it did 17 years ago.

Most embarrassing moment?
I went to the studio in LA; I was working with a guy and he was playing a guitar. He was giving me some chords that he thought were cool, but I wasn’t too sure about them, so I just did my normal thing when I’m in the
studio making sure the song sounded right to me. And then all of a sudden a voice shouts into the room, “Hey Babyface, you need anything?” And there was only me and this other guy in the room! I was under the
impression I was just working with an acoustic guitar player! I was thinking, “Bro, the amount of hits you’ve had as Babyface and I’m telling you your chords aren’t right…” So that was slightly embarrassing, but it broke the ice!