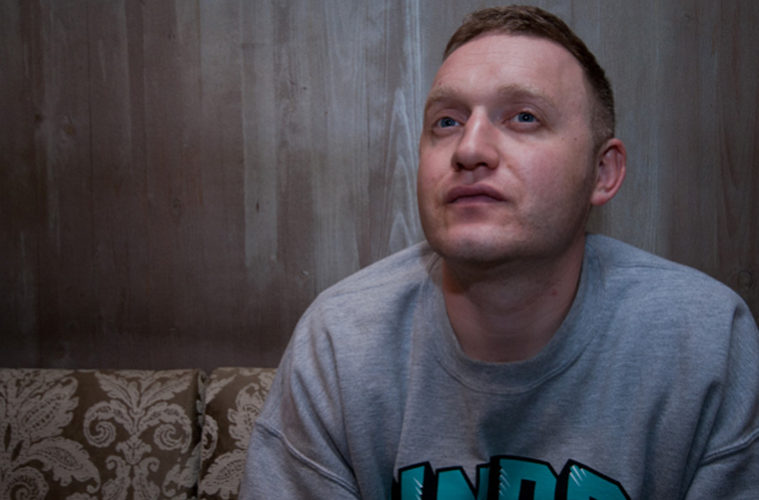 Deekline is that rare figure in dance music, the seminal producer who balances the cutting edge and the mainstream with effortless flair. Being on the scene since the late 90’s, we spoke to DJ Deekline co-founder of the Hot Cakes, Gutter Gutter and Jungle Cakes imprint.

Q 1: What’s going on in the world of Deekline at the moment?

Well, first off I just got back from a 2 month tour in the U.S. and Canada and now that I’m back home I’m busy with new productions and the festival season.

Q 2: You’ve been doing your thing since the late 90’s! Tell us about your journey throughout the scene.

My story really began with Pirate Radio. I started DJing at a youth club called West Side and the kids stole my records. Oddly enough though, I ended up becoming friends with them, getting my records back, and then was invited to play on their radio station. UK Garage was big around that time so I started releasing my own version of that type of music. What I was releasing was more Breakbeat/2-Step though and from there my career evolved into an international market. I branched out even further within the industry as well due to the fact that I also play jungle so between playing those, garage sets occasionally, and Breakbeat sets I manage to keep pretty busy.

Q 3: Your main studio partner in crime is Ed Solo! How did that come about?

We were both actually in the GUM clinic in Hammersmith and after we both got talking we found we had a common interest in Dr. Dre Style productions.

Q 4: You produce Bass, UKG, Breaks and Jungle. Multi-genre madness! Which sound is your favourite to produce?

I don’t have a favourite, really. I enjoy producing all of the above very much so.

Q 5: You came from a Garage background. How did you get in to producing Jungle/DnB?

Q 6: So Hot Cakes, Gutter Gutter and Jungle Cakes! Can you tell us the story behind each label?

Gutter Gutter was more a minimalistic approach to doing dark UK Garage and Techno. Where as Hot Cakes was always my label that was a bit more cheeky and fun. Jungle Cakes was started around 2008. Around that time there really wasn’t a lot of well-produced Jungle so we thought it would be a good time to reignite the flame.

Q 7: You’ve got a Hot Cakes X jungle Cakes event coming up in the July and it’s looking good! How much involvement do you have with organising these events?

My partner Ben focuses more on the events. However, we both have equal input on the lineups and various other creative decisions.

Q 8: If you could come up with the sickest line-up, who would you have DJing at your perfect event?

If I could choose to book people who’ve inspired me from start to finish, it would be DJ Hype, DJ EZ, Carl Tough Enough Brown, Stanton Warriors, Taiki Nulight, DJ Craze, and Ed Solo.

Q 9: Top 5 tunes you’re playing out at the moment?

I want to get my studio built in a log cabin and get more focused overall on my musical productions.