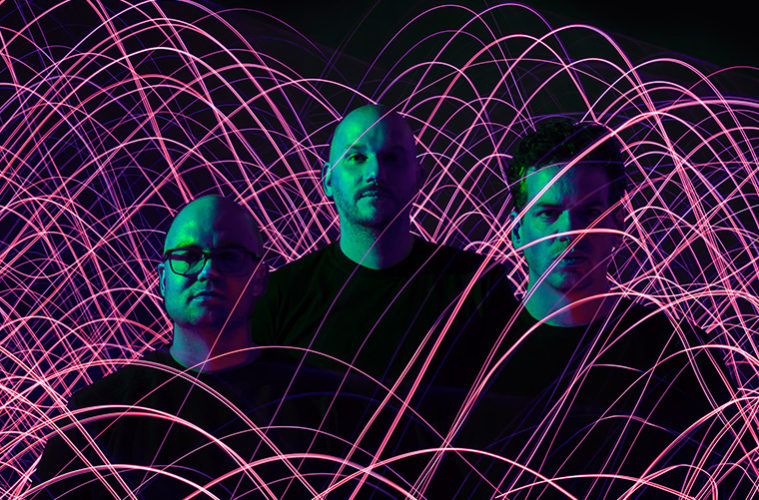 Co-founders of the Blackout imprint, we caught up with Dutch Drum and Bass trio, Black Sun Empire.

Their sixth album is finally here – The Wrong Room.

Black Sun Empire: So far 2017 has been all about our album ‘The Wrong Room’ – actually finishing the music, getting it mastered, making artwork and pictures. Meanwhile we continued with our normal routine; running the Blackout Label and organising various label nights around the world. Right now we’re mostly doing remixes for people, but have also managed to work on some interesting new collaborations.

Q 2: Can you tell us about your backgrounds individually? How did BSE begin?

Milan and Micha: Being brothers we became aware of each other early on in our lives. We then met Rene in school around the age of 15 and found we had a lot of similar interests, like electronic music and drinking beer (which we didn’t do of course until we were the proper legal age). Rene had already started to get into making beats with a PC and synth and before long, we quit the bands we were in to join him. At first we made Techno and Breakbeats/Trip-Hop, but after hearing some tracks by Ed Rush & Optical, Dillinja and Photek etc, we decided to give that a go as it seemed like the hardest thing to do! A dutch label called ‘Piruh’ gave us our first two releases in the late 90’s but it wasn’t long before we sent our stuff to top labels in the UK and they actually liked it! DSCI4 ran by DJ Trace gave us our biggest breakthrough by putting us on a major LP.

Q 3: How does it work being a trio artist?

Black Sun Empire: We used to all sit in one little room, but now we have separate studios to work alone or with different people. We then bring the projects over to one of those rooms and finish everything up. With most track everyone will be involved. It helps that we still get along and have similar tastes in music!

Q 4: Who were your main inspirations from the beginning?

Black Sun Empire: I guess the most influential artists were Ed Rush and Optical, Dillinja, Photek, Konflict and Bad Company.

Q 5: So Blackout Music! How did that come about? How’s the label going?

Black Sun Empire: We had three different labels before that and we thought it would be better to bring everything under one roof. We already had the name because of the events, so from then on we just focused on bringing one sound that we liked and getting the people who released on it as much attention as possible. At the time, the style that we did was a small niche, but in the last couple of years it has grown to be a leading sound, at least in Europe.

Q 6: You’ve collaborated with tons of artists in the past. Is there anyone else you’d love to collaborate with?

Black Sun Empire: Yes we are very into dark Hip-Hop and there is a lot of good stuff out there at the moment. Run the Jewels, Clipping, Death Grips etc. Trent Reznor or Thom Yorke would also be nice! We have a lot of new stuff in the making with other Drum and Bass producers, but we will keep that a secret for now…

Q 7: You’re pretty packed this summer! How do your shows work? Do you travel around as a trio?

Black Sun Empire: We used to do shows and tours with two of us, but nowadays we tend to split three ways. Most of the time it’s simply a money issue, promoters don’t want to spend the extra money on flights and hotels. The upside is that if you see us multiple times in a short time span, it will be a bit different every time!

Black Sun Empire: I think our Drum and Bass scene is doing very well at the moment. It’s nice to see that all sub genres have their successful parties, that not one sound is dominant even though for a while Neurofunk/Techstep was. But now with Liquicity and PRSPCT, there is a lot more variation, and our own parties also go from the jumpier side to mainstream to tech, so you get a bit of everything and the crowd seems to be open to it!

Q 9: What shall we expect from BSE for the rest of the year? You’ve just released your album… Can we expect some remixes?!

Black Sun Empire: Right now a lot of touring, some remixes we have done are coming out soon, but for the rest you have to wait a bit! Keep checking our label though – we have some sick releases coming up from Neonlight, Pythius, State of Mind, Rido and a few others!

The Wrong Room is out now! Grab it here: https://fanlink.to/BSETWR