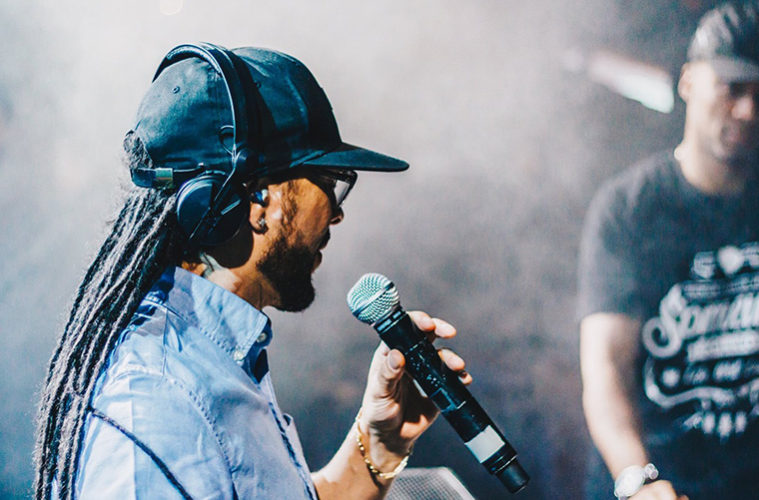 Roni Size’s whole life has been about building something new from whatever was around him. From Bristol youthclub parties, through the white heat of rave and the founding moments of Jungle and Drum & Bass, to transforming underground electronic music into something that could be played by a live band on the biggest arena and festival stages, he has created something completely fresh; not just a sound or style but an entire methodology of how music can be made.

We caught up with the legend himself not so long ago!

Hiya! I’m really good actually. It’s raining in Bristol today. How are you doing, are you alright?

Q 2: So when did your music career begin? Tell us about your story within the industry.

My career is 25 years in to the industry and I’d put another 5 or 10 on top of that from just finding my stomping ground in and around Bristol. I was fortunate enough to be a part of a musical family. Bristol is such a great place to grow up and there were a lot of musical events that took place like St. Pauls Carnival and just watching the soundsystem culture just grow! I was just this young ball of energy that fell in love with music. Back in my day you had 2 options; it was music or sport. I was a bit too small to play rugby haha, I used to get kicked a lot so I think music was the way forward! I’ve put out quite a lot of music and DJed far and beyond. I’ve had a great career so far and it’s still happening, which I’m really happy about. 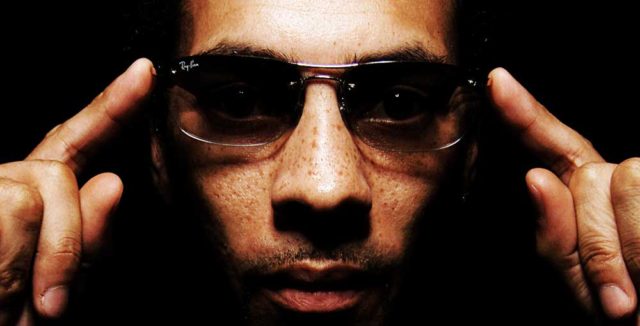 Q 3: How did you get into the Drum & Bass industry? Have you always been in to it?

I was making Hip-Hop, Reggae and all different types of styles. Back when I started producing, the UK didn’t really have an identity of any form of music. We just copied what was out there and tried to make our interpretation of what was going on. Then there were raves, Techno and Acid House. Through Acid House it then got a bit crazier, eventually it became Jungle Techno, then Jungle and then it turned into Drum & Bass. So I think the music got in to me really, I didn’t get into the music. I was always part of the construction of things that were happening; we were always in the studio looking for an identity. Then Drum & Bass and Jungle became a strong UK identity.

Q 4: Who were your main inspirations from the beginning?

Oh yeah definitely, we all have to be inspired. I was inspired by my family and my brothers who one part was in to Reggae and soundsystems, the other part was in to Hip-Hip, Soul and Funk. Going to Notting Hill Carnival was very inspiring and just events where you see magic happen on turntables and the MC’s. Just the whole culture was something that was very inspiring. The film Babylon I watched and Wild Style was very influential. It was a very pure time to get into it. Everything about it was inspiring and it was a great time! Everyone has their own journeys and for mine, it wasn’t just about the music in Bristol, it was about the style and about being noticed.

Q 5: So tell us the story behind Reprazent… How did that come about?

Reprazent was born from like minded people who were working together and were best friends. We pretty much did everything together. We came up with ideas that we wanted to do and it was something that I managed to have a passion for. I tried to pull it together by tapping into each person in the band that had something to offer. I was the one person who had the energy to bring it all together, to make it make sense. Everyone had an input; 4 DJs, 2 vocalists, a drummer and a bass player, which changed a numerous amount of times. The key thing about Reprazent was that when we signed to a major record company, we had so many dreams and aspirations, the record company helped us to bring those dreams and aspirations together which was fantastic. Before, we were just out there being DJs, playing and making records. Being noticed by the majors was great! We got head hunted and I signed the record deal. We won an award called the Mercury Music Prize and it was the first time a lot of people have heard of that prize, especially us. That kind of blew us up and then we toured a lot. Reprazent then became one of the first live Drum & Bass bands and that’s what Reprazent was; it represented the scene at the time, us and where we had come from and obviously our city.

Q 6: What record label did you sign to? Is Reprazent still going strong now?

It was Mercury Records and Reprazent is still working as a unit. We have a third album which is finished but we’re still yet to schedule the release date. It’s our 20 year anniversary this year of our album New Forms which came out in 1997. It’s been such a great journey to be able to look back of all the music and still feel it. This year for me is about the anniversary of New Forms! I still feel like it happened yesterday.

Q 7: Who would you love to collaborate with?

I’ve collaborated with a few people already but I’m actually in the process of doing a Roni meets USA DJs collaboration album. Like 10 or 15 DJs in the US who I admire. I don’t want to talk much about that but it’s something that’s in the pipeline, maybe happening next summer. 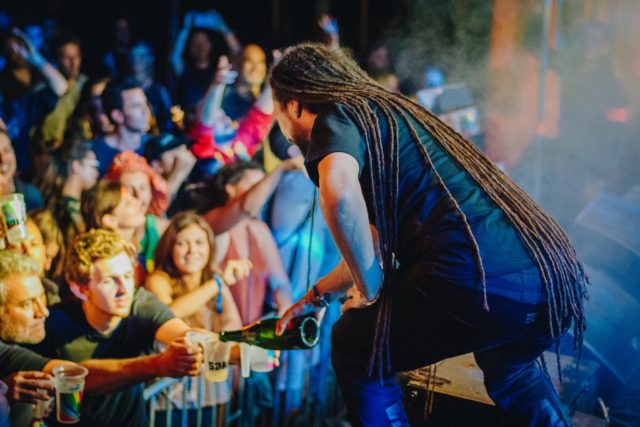 Q 8: You’ve just launched your live show! What’s the best thing about travelling around for shows?

It depends really. Sometimes you get to go to new places that you’ve never been before, and you share those memories together with the people you go with. I think that one of the craziest things is that you can go to a country like Japan, you can play your music great and all dance to the same beat, even though you don’t share the same language. I think that’s very interesting and something that’s quite special.  The travelling part is the job, actually getting up on stage is the fun part!

I’m in the studio making music all the time and I also run a label called Full Cycle. I’m always recording and trying to support new artists, making sure that I put forward positivity and creative aspects of my music.