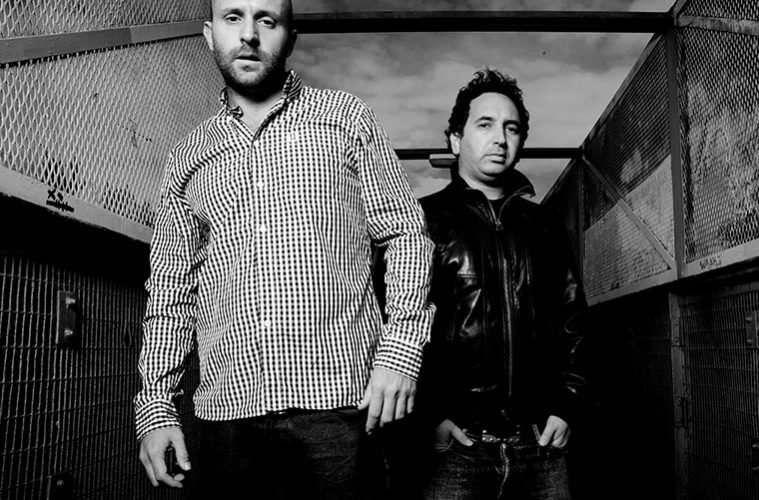 After an 18 year career, the Freestylers have covered a full 360 degrees in the bass music genre. We had the chance to catch up with Aston, one half of the duo artist, before the release of their new EP ‘Club Tracks Vol IV’ which is out today!

Q 1: Hiya Aston! You’ve just released your jungle mix tape with Navigator! What else have you guys been up to lately?

We’ve got our brand new EP coming out this week called ‘Club Tracks Volume IV’ with various follow up singles in the making. We started a new project called ‘Pirate Jams’ a couple of years ago and kept it secret until this year. We’ve released a few EP’s and singles under that name already. The current EP is called ‘The Jams Vol 3’. The sound for this is more influenced by acid house and 90’s house music with a hint of rave thrown in for good measure. We also have various follow ups in the making with this project too. DJ gig wise, we’ve been playing in Australia, USA, Canada, Europe and the UK and we’re currently working on a live tour with the full band as well.

Q 2: Does your mix tape with Navigator consist of your favourite jungle tracks? There are so many tracks on there!

The mix has lots of fairly current tracks that include some of our own productions and remixes plus a few classics. There’s a lot of good new jungle tunes out at the moment which is always important for the scene as keeps it fresh and exciting. They’ll be a Vol 2 before the end of the year I’m sure.

Q 3: You and Matt started working on music together in the mid 90’s. Can you tell us the journey behind the Freestylers? When was your first proper breakthrough as a duo artist?

Myself and Matt were signed to the same record label called Fresh Records. We used to use their recording studios as we didn’t have our own at the time. I was working on a project called Sol Brothers and Matt was in Strike. We talked about our love of b-boy electro , rave music and curries, haha. Matt had this idea for a track so we made one tune, then we made another and then a load more – that’s how everything started off and the Freestylers was born – everything was very spontaneous. The crossover breakthrough I guess was when we made a track called ‘B-Boy Stance’ with Tenor Fly in ’98 which got A listed on Radio 1 and consequently went in the charts. At the time we were part of the emerging big beat scene and as it got bigger, I guess we grew with it.

Q 4: How did you come up with the name Freestylers?

The first track we ever made was called ‘Drop The Boom’. We sampled a group called ‘Freestyle’ and their song ‘Don’t Stop the Rock’. We needed an artist name so by pure genius, we decided on the name ‘Freestylers’!

Q 5: What was your musical background like before you met Matt?

I got a job working in a recording studio where I met these guys called ‘The Dynamic Guvnors’. Their music used to blow my mind and after engineering a few of their tracks, I asked Jason from the group if he’d like to make a track with me. That’s when we formed The Blapps Posse which became a seminal UK rave collective. Whilst being part of the Blapps Posse, I used to program for Rebel MC (Congo Natty), Definition Of Sound and I also got signed to Suburban Bass with DJ Rap as DJ Rap & Aston, making early jungle/hardcore. Then I started producing gouse for a bit under the name of Uno Clio, which then lead on to me working with a best mate Andrew Galea forming The Sol Brothers. We got signed to Fresh Records which is where I met Matt, who was one half of Strike that made the 90s club smash ‘You Sure Do’.

Q 6: You guys have been in the industry for so many years now, how do you keep your stuff so fresh? Everything you bring out is so different and so good!

Thank you! I don’t know, I think I’m a bit erratic when it comes down to my eclectic taste in music. I always try and think out the box when producing – I like to be original and try not to follow anyone. For example, you can take sounds and ideas that were made in 90’s and with the technology that’s around now, you can make them sound a lot better and more current. There’s a whole generation that have never heard these sounds before as well. However, I do feel that a lot of underground music that’s being made seems to be pretty similar these days. The artists that have been doing it a long time still have have their own sound but I’m thinking more of young up and coming producers. Making mistakes by trial and error was part of producing music and in a way, this would give you your own sound. Nowadays you can find out anything you want on a YouTube tutorial and come up with something that’s stylistically more robotic with less feel, maybe I’m just getting old! Haha.

Q 7: Is there one specific sound that you enjoy producing the most seeing as you’re a multi-genre artist?

I just love the challenge of making music, it’s a bit like a complex jigsaw. Each style of track has a basic formula to adhere to but it depends where you want to take it. The first music I made was kind of similar to what Freestylers is all about, which drew inspiration from early hip-hop, dub reggae, 70’s funk and acid house – basically my soundtrack growing up.

Q 8: If you could come up with the sickest line-up, who would you have DJing at your perfect event?

How many DJs can I choose? Too many I like.

Here are some names that come to mind – EZ, DJ Zinc, Armand Van Helden, Masters at Work and Jazzy Jeff. I’ve chosen DJs that are known for their production skills and inspiring music as well. In saying that, although EZ doesn’t make tunes, he’s one bad boy DJ plus Jazzy Jeff is one mean turntablist.

Q 9: The process of making and playing music has changed so much over the years! When you play shows, do you ever miss playing the proper old skool way with vinyl records or do you still use vinyl sometimes?

I absolutely love turning up with a USB stick, brilliant invention! I don’t miss vinyl at all – no more achy backs or worrying about dodgy baggage handlers at airports. I’ve still got a large collection of records that I turn to for musical inspiration but they stay at home now. I was DJing off vinyl up until about 2006 and then moved over to CD’s.

Q 10: Which new artists do you rate at the moment?

Tru Fonix, Hybrid Theory, Inapt, René LaVice and FLeCK are a few of my current favourites.

Q 11: Your EP is coming out tomorrow! Can we expect some collaborations on there?

The group Star One wrote a track which I really liked called ‘King Of Kings’. I asked them to send me the vocals so I could remix it. They really loved what I did, so it’s now coming out as a ‘Freestylers feat. Star One’ collaboration. SirReal (Painkiller) has pulled another one out the bag with a track called ‘Better Than You’. It was originally made for the live band shows but it’s been smashing it so hard that we added the studio version. There’s also a ragga, dancehall, breakbeat mash up with Harry Toddler and a couple of instrumental club bangers. 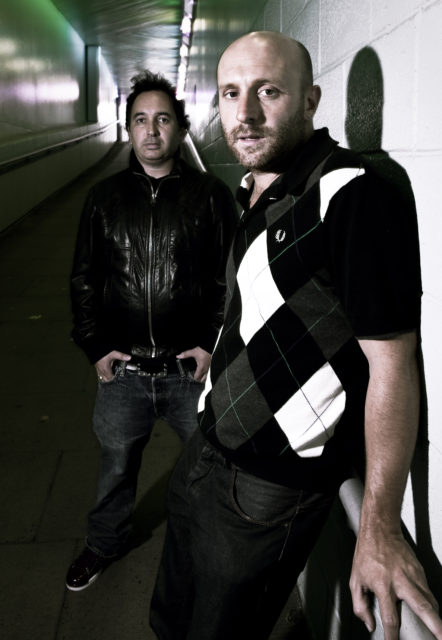 Q 12: Where shall we expect to see the Freestylers this summer?

We have a few jungle sets coming up with Navigator including Boomtown, Summer Gathering and Jungle Mania plus Maui Waui, Mooving Festival and Nozstock which are all in the UK. We’re playing at Connect Festival which is a huge festival in Canada. Those are a few that come to mind.