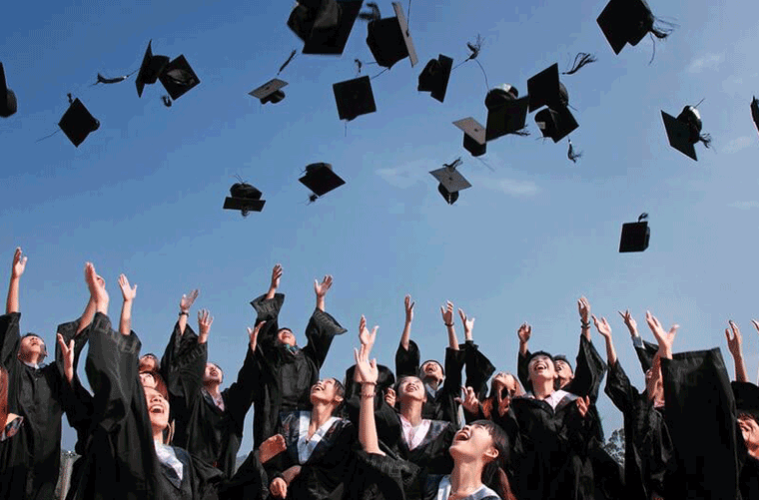 Average starting salary for grads is £24,804

Hampshire, 13th June 2017 – As the latest round of students prepare to hit the job market, the top UK graduate salaries by industry have been revealed, with the highest starting wages being found in media, construction and administration.

The research, conducted by leading independent job board CV-Library, looked at over 5,400 graduate job postings and discovered that the average starting salary is £24,804.

As graduates are faced with levels of debt like never before – the latest figures from educational think tank Sutton Trust suggest the average is £44,000* – starting salaries are increasingly pertinent.

The top five industries include:

The bottom five industries include:

In addition to monitoring average starting salaries, CV-Library also surveyed 1,000 recent graduates on their approach to employment and discovered some interesting attitudes. Whilst 80% of grads think that their salary is more important than their job title, the same amount is afraid to ask their boss for a pay-rise.

When it comes to the application process, nearly one fifth (18%) of grads have failed to turn up to an interview and nearly a third (29%) admit to making a huge mistake in front of a potential employer. And, while it always takes extra time, over two thirds ensure they send a tailored cover letter with every job application, yet the same 66% find it frustrating to do so.

Lee Biggins, founder and managing director of CV-Library comments: “It’s interesting to see that certain sectors are offering far higher starting salaries than others, though not entirely surprising. Some of these industries, such as construction, law and education, require specific skill-sets and qualifications, for example. But, there could also be an explanation for some of the other sectors. With the media industry, for example, a lot of graduate positions can be commercial, rather than creative or editorial, which often come with a higher pay package.”

“Whichever role you’re applying for, whether it has a lower starting salary, or a higher one, you need to make sure you’re prepared. With the right practice and research – whether that’s where you’re meeting the interviewer, or typical interview questions – you’ll have a better chance of securing the job and setting off on your first graduate position post-university!”

The full list of average salaries can be viewed and/or downloaded as an infographic at the following link – https://www.cv-library.co.uk/career-advice/graduate/looking-healthy-graduate-salary-job-media-construction/

CV-Library is one of the UK’s largest online job sites and attracts over 4.3 million unique job seekers every month. Founded by Lee Biggins in 2000, CV-Library is the UK’s leading independent online job board with a database of over 11.6 million CVs.