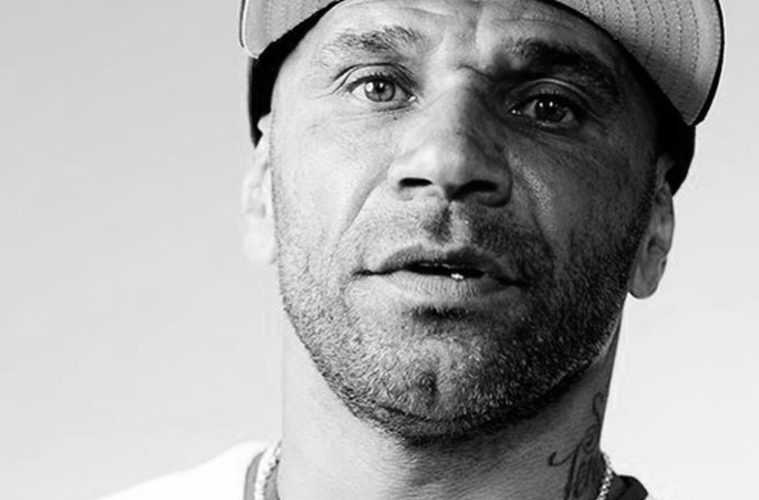 Has Goldie Revealed Who Banksy Is?

Whoops, has drum and bass legend Goldie just slipped up and accidentally revealed the true identity of street artist Banksy in a recent interview?

Whilst talking to Scroobius Pip for a podcast, Goldie was talking about the art industry and Bansky specifically.

During a rant, Goldie slipped up and said: “For something like graffiti, which has inspired the world with font or anything to do with anyone wearing a baseball cap and sneakers, at its centre it is still misunderstood.”

“Give me a bubble letter and put it on a T-shirt and write “Banksy” on it and we’re sorted. We can sell it now. No disrespect to Robert, I think he is a brilliant artist. I think he has flipped the world of art over”.

Presenter Scroobius Pip did not question Goldie about this further, and neither did Goldie elaborate. However, there are strong ties that and rumours that Robert Del Naja of Massive Attack is behind the Banksy brand.

Goldie and Del Naja are actually close friends and in the same crew in London’s graffiti scene back in the 1980s.

In 2016, journalist Craig Williams developed a strong case that Banksy is actually a collection of people working together led by Del Naja. The theory is built from the fact a number of Banksy’s murals appeared in cities where Massive Attack had recently toured and the trail can be traced across the globe.

Del Naja responded to Williams’ claims denying the claims: “It would be a good story but sadly not true. Wishful thinking I think. He is a mate as well, he’s been to some of the gigs. It’s purely a matter of logistics and coincidence, nothing more than that.”

Whilst no official confirmation has been made, the latest evidence from Goldie heavily suggests that Robert Del Naja from Massive Attack is the leader behind the Banksy brand.