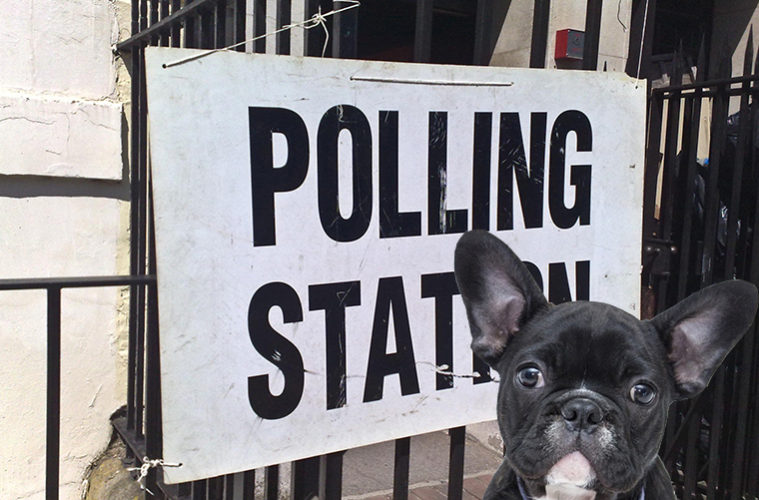 Good Dogs at the Polling Stations

That’s right, even doggos and puppers all over the country are doing their democratic duty and casting their vote in today’s General Election.

Twitter is currently overflowing with ‘Dogs at the Polling Station’ meaning you really shouldn’t have any excuse to not to be voting today, why? Because our future depends on it, but more importantly, there is literally dogs at the polling station that need petting.

If you want to vote today but are unsure who it should be for, you can take this quiz here to help you make an informed decision!

But for now, take a look at these very good dogs.

Up early and casting our vote in Canterbury #dogsatpollingstations – pic.twitter.com/hZysCbxeMD

Not 12 weeks old and Jerry's already a #DogsAtPollingStations. Don't worry Jerry, if you don't remember it there'll be another soon #GE2017 pic.twitter.com/3g5WVwT1X5

Prune: "I love the smell of democracy in the morning" #dogsatpollingstations pic.twitter.com/30mHeggzAW

Klaus certainly Labour-ed his view we had to vote. He definitely wasn't Conservative about it. #dogsatpollingstations #GeneralElection17 pic.twitter.com/SsBd0aoB8A