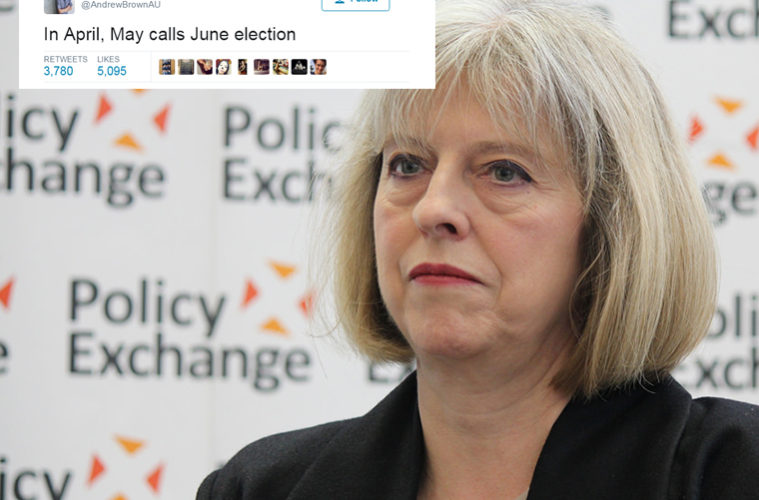 Hilarious Tweets About The Upcoming Election

With the election only a few days away, wouldn’t it be fun to look back at all the hilarious tweets it has bought us over the last few months?

In April, May calls June election

She's called a fucking what?!? pic.twitter.com/qTrKqPhnxp

'She said she wasn't going to call a general election'
Theresa May: pic.twitter.com/prWcL2qAou

guy in the middle on his laptop is me when my parents fight pic.twitter.com/OiCkvMXdDR