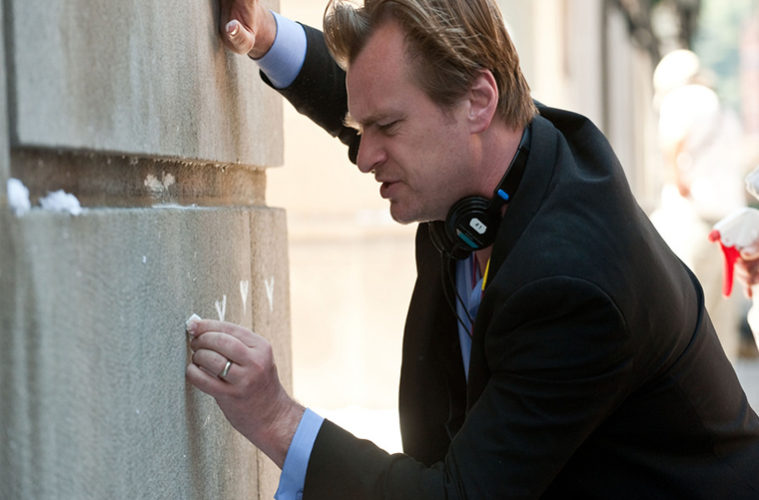 This Friday sees the release of Dunkirk, the World War Two drama/thriller which is sure to conquer the box office for weeks to come. Its director, Christopher Nolan, is one of the most recognisable – and successful – filmmakers working today, and has achieved something of an auteur status thanks to his particular brand of non-linear story-telling and spectacular special effects. Here, we take a look at the films which helped secure Christopher Nolan’s position in Hollywood royalty.

Film-making captivated Nolan from a young age, and films such as Star Wars had a profound effect on the budding director who made a stop-motion homage to the sci-fi epic using his father’s Super 8 camera when he was a child. Nolan went on to study English Literature at UCL, becoming president of the university’s Film Society and making a number of short films, one of which was screened at the 1996 Cambridge Film Festival.

1997 saw Nolan complete his third short film, Doodlebug, which bore all the hallmarks of his future style and approach to film. The black and white 3 minute film sees a paranoid man in a grimy apartment chase a small bug-like creature around the room, trying to kill it with his shoe. The creature, however, is revealed to be a smaller version of himself, and he matches every movement made by the doodlebug. When he manages to squash the creature with his shoe, he is, in turn, squashed by a larger version of himself.

Thematic preoccupations on the nature of time and psychology made for an unsettling, but intriguing film, something which Nolan took forward to his breakthrough picture Memento, which was released in 2000. Starring Guy Pearce, the film developed Nolan’s flair for ambiguous narratives, taunting audiences with forays into the unreliable and fogged nature of his characters’ memories, something which Total Film praised as “the most delicious kind of food for the mind”.

From a screenplay perspective, Nolan certainly has a talent for writing complex plots, but he has his long-time script collaborator – and brother – Jonathan Nolan, to thank for much of his success. Jonathan wrote the short story “Memento Mori” on which Memento was based, and the pair continued to work together on Nolan’s future projects, most notably on a little superhero trilogy.

The success of Memento, which took over $25.5m at the US box office, and 2002’s Insomnia allowed Nolan to develop his film-making ambitions in terms of both scope and budget. Batman Begins, released in 2005 and the first in the Dark Knight trilogy, was such a commercial and critical success, that Nolan appeared to be an unstoppable force in Hollywood film-making – a fact reinforced by the release of Inception in 2010.

Unmistakably a Nolan work, Inception delved into the murky and dangerous worlds of the subconscious, dreams, and crime in a film which took over $825m worldwide and which was praised by the Observer as a film which “demands and rewards our total attention as well as our emotional engagement”. It is in Inception that Nolan really asserted his filmic style, treating time as a commodity which shifts, ripples and changes shape as if it were a piece of fabric. Slightly less well-received was another sci-fi epic, Interstellar (2014) which, although enjoying much popularity at the box office (if only for Nolan’s name being on the poster), received mixed reviews from the critics.

Perhaps the strongest characteristic of Christopher Nolan’s approach to cinema is his unshakeable belief in his audience: that is, his faith that tackling grand, difficult, and intricate ideas should not be shied away from by Hollywood. As the critic Mark Kermode noted, Nolan has brought an art-house sensibility to blockbuster film-making, and is “living proof that you don’t have to appeal to the lowest common denominator to be profitable”.

Early reviews of Dunkirk are the very definition of glowing and, as well as being the acting debut of Harry Styles, it promises to an exhilarating and affecting film (complete with some time-bending which we have come to expect from him). Christopher Nolan’s style might not appeal to everyone, but he is certainly one of the most influential, and bankable, Hollywood directors of the 21st century.