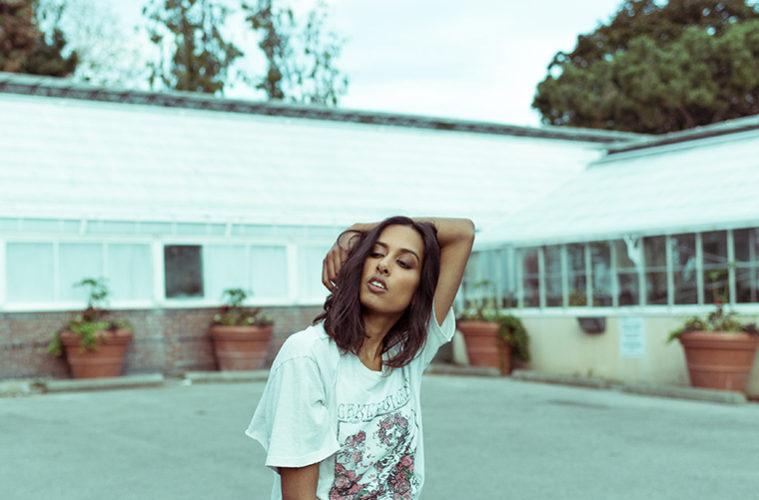 No stranger to writing some of the hottest pop records around, Anjulie has worked with some of the biggest names in the game, including Kelly Clarkson, Icona Pop and Nicki Minaj. We had the chance to catch her after her release of her new single ‘Where The Love Goes’.

Q 1: Thank you for wanting to chat with us! How are you and what have you been up to lately?

I’m good! Excited to be putting out a bunch of records this summer.

Q 2: You’re hometown is in Canada. Who/what inspired you to sing?

I listened to ‘OK Computer’ by RadioHead and it changed my life. A few other big influences were Jeff Buckley, Elvis Costello, Lauryn Hill, Alanis Morrisette and the Spice Girls. You know, the essentials.

Q 3: You’ve written songs for Kelly Clarkson and Nicki Minaj along with many others. Amazing! How did that come about?

I was signed to a label in the US and none of my music was coming out, which happens with a lot of major label artists, so I decided to start writing for other artists instead. It worked out really well because I got to try a bunch of different genres and get out of being in a box.

Q 4: Who would be your dream person to sing with?

I love Swae Lee. I really love his voice and songwriting. I also love Kendrick and Chance, I’d love to collab with a rapper – never done that before.

Q 5: Besides singing, what other interests do you have?

I’m a professional smoothie maker. When I first moved to America, I did it illegally so I could make music and I got an under the table job making smoothies in New York City. Once the owners found out I got fired but I learned some skills. My smoothies are no joke.

Q 6: What would you say is your biggest achievement so far?

I hiked up the Schilthorn in Switzerland, I won a Juno award and I opened for Hilary Clinton at an event in NYC. The mountain was the hardest though.

Q 7: What do you think makes someone ‘successful’ in the music industry?

Happiness. I think happiness is success in any industry. It’s not winning when you’re miserable.

Q 8: What are your plans for the future?

To keep pushing myself musically and blending my singer/songwriter vibes with my up tempo bangers.