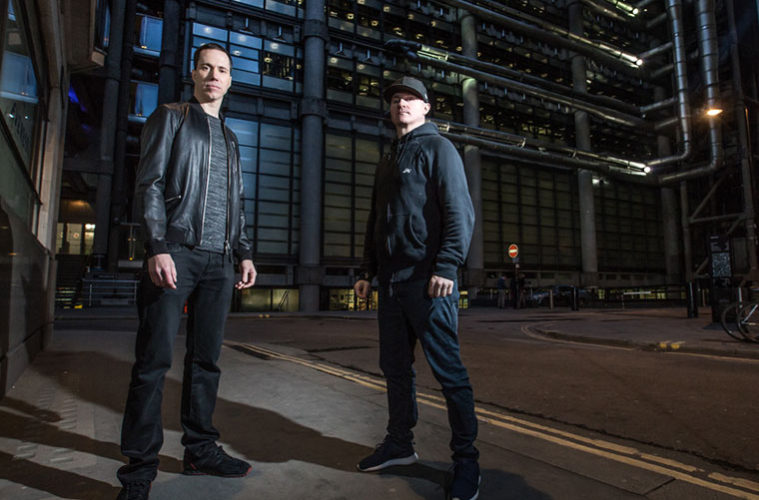 Calyx & TeeBee discovered the essence of DnB locked away in studio equipment; always forward-thinking and packed with as much integrity as energy, their music has had an impact on the scene for over fifteen years. We had the chance to catch the drum and bass duo speaking about things from the very beginning. Don’t miss their monthly releases on RAM Records!

It’s been intense! Lots of travelling with some incredible gigs, but also a huge amount of studio time spent trying to meet deadlines for some big projects we have this year.

Q 2: When did you guys first start collaborating together? Tell us about your journey as a duo drum and bass artist.

We were first introduced back in 1997 through Moving Shadow and Rugged Vinyl: two labels that signed our early DnB. In the years that followed, we became really good friends but we didn’t start working on tracks together until several years later. After we had written ‘Follow The Leader’, ‘Cyclone’ and ‘The Quest’, we had both enjoyed the collaborative process so much and felt so like-minded about the sound we aspired to in DnB, so the prospect of writing an album together really excited us. It wasn’t until we were about half way through writing our first album ‘Anatomy’, that we decided to become a permanent production duo beyond the album. With that in mind. we launched a new label to provide a home for our music and help reinforce the identity of our ‘sound’. After writing our second album, we received a number of offers to sign up with some heavyweight labels. We signed up with RAM Records and have had some amazing years since; releasing a load of singles and two LP’s – ‘All Or Nothing’ LP and ‘1 X 1’. Time fly’s and we’re now well into our third album for RAM: ‘A Call To Arms’. 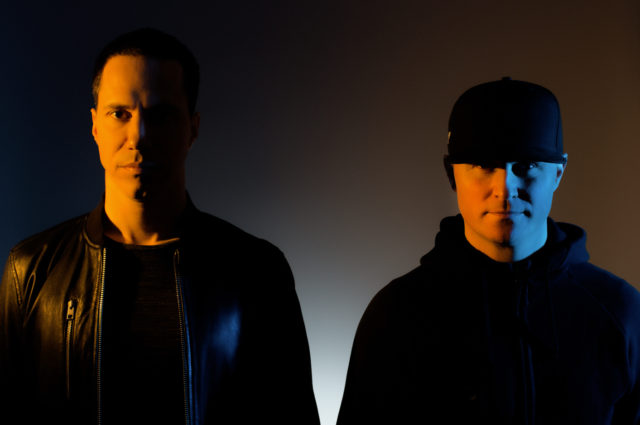 Q 3: Who were your biggest inspirations?

So many inspirations in so many genres! To name a few:

Q 4: So you guys started producing back in 1997, how would you say your sound has developed ever since then?

We’re constantly evolving our sound by pushing ourselves to explore and create music that feels different to what we’ve made before, or to make something that is outside our comfort zone. We would have got stale and bored a long time ago if we kept recreating the same ‘sound’ year after year, so along the way we’ve explored themes that reach outside of the genre as well as others that hark back to our past. Essentially though, we still just keep making what we feel inspired to create and what we enjoy making, and perhaps from month to month, the changes are not immediately discernible; but if you compare each LP we’ve written, you can hear a more noticeable development over the two to three years each album project takes.

Q 5: What was it like releasing music in the late 1990s? How different was your sound back then when you weren’t collaborating together?

We’ve both been full-time producer/DJs since we started releasing music in the late 90s. We’re definitely lucky to have started out in the ‘Golden Era’ of DnB’s formative years – the buzz and excitement of the emerging genre was incredible – a rapidly evolving melting pot of genres and influences. Possibly the biggest advantage of starting out in the early years of DnB was that record sales could provide a sustainable income, at least enough to start careers in a way that isn’t possible now. Labels could pay meaningful advances to new acts that were getting signed, and any income from DJing was a bonus in those days, rather than the absolute necessity that it is now. Sometimes those early years feel like yesterday, but very often we reminisce and realise how much the scene and the industry as a whole has changed immensely – the internet certainly has a lot to answer for! As for our sound, as solo artists and as a duo, it’s been a constant process of evolution, noticeably different every few years, but a much more gradual and subtle development as the individual tracks and months go by.

Q 6: Where did your DJ names originate from?

TeeBee is derived from his initials. Calyx came from a love of plants (it is the ovum for every seed in all flowers) and it was a name that didn’t feel like a clichéd DnB name – something organic that didn’t have too much association or meaning attached to it.

Q 7: Outside of the drum and bass world, what other artists and genres do you follow?

We follow a really eclectic spread of genres and artists, literally too many to mention. So rather than rattling off a bunch of names, we’re just going to answer this question by recommending everyone go and check out one person – the phenomenon that is: Stimming. He’s a truly incredible German producer whose kaleidoscopic soundscapes are both inspiring and inspired. We’ve listened to some of his tracks hundreds of times, but we still discover new elements and themes with each listen. His combination of sound design and musicality is just sublime.

Q 8: How long does it take to put together a tune? How do you approach producing something completely new?

Writing a tune can take from a week to several months. The starting point can vary – sometimes it will be a sound or concept, other times it will start with just a drum beat and that provides the scaffolding for the music to build around. We both have almost identical studio configurations of software and hardware, so we can easily work together or separately. Sometimes we’ll get together in one of our studios, but when we work apart, we send project folders back and forth online. There are definitely benefits to both ways of working; when we’re together in the same studio, we can vibe off each other in the moment and take it in turns to either sit at the controls or sit in the background giving the other person immediate feedback on whatever they’re working on. Working separately is just as valuable as it enables us to really go out on a limb creatively – sometimes spending days experimenting or exploring something that we probably wouldn’t have tried if we had spent that time together.

Q 9: What’s the best thing about travelling around for shows?

We’re not so keen on the actual process of getting from A to B, having had too many hours in queues, planes, trains and automobiles! Having said that, we’ve always appreciated how incredibly lucky we are to be able to travel all over the world – we’ve had so many unbelievable and unforgettable moments and memories travelling across almost every continent.

Q 10: What shall we expect from Calyx & TeeBee this year?

Aside from an unrelenting tour schedule, we’re not letting up with the releases. There’s a new track coming out every month on RAM, building up to our fourth album called ‘A Call To Arms’, plus an EP of tracks we’ve made for the opening ceremony of the world’s biggest DnB festival – Let It Roll takes place in early August in the Czech Republic.