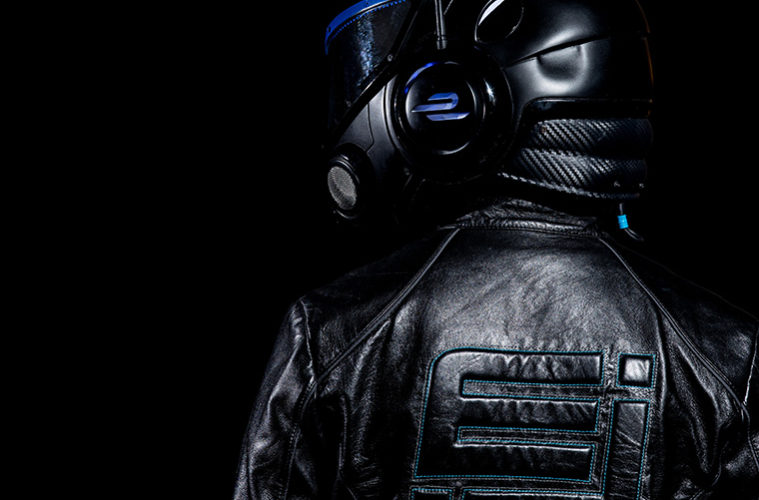 EJ is the exclusive and mysterious resident DJ for the global entertainment brand and race championship, Formula E, as well as one of the freshest talents on Armin van Buuren’s legendary Armada label. Who’s really behind the helmet?

Q 1: Hiya EJ! What’s been happening in your world lately?

The world of EJ is good thanks. I have been travelling a lot with Formula E, the electric street racing championship, which has been really cool. Last month we were in Berlin and I got to DJ at the amazing Templehof airport, where the race was held and that was insane. I got to go to a party at Berghain which was pretty sick. The championship travels to NYC on the 15th and 16th and then the last city of the season, which is Montreal on the 29th and 30th. Looking forward to going state side and playing the closing party of Formula E at New City Gas on the 30th. I also signed with Armada back in May which I am over the moon about. My first single ‘Don’t Take It Away’ was supported by Armin van Buuren and featured as his Progressive Pick on his radio show A Sate Of Trance. So it’s been a good few months!

Q 2: So you’re the one and only DJ for the global entertainment brand and race championship, Formula E. How did that come about?

I have worked in music for quite a while with some of the biggest dance music brands. I met Formula E at the end of 2013 and they wanted someone to head their music division. As the cars were electric, I felt it was a great chance to create a sound track to the racing. I developed the concept of me DJing at the events to the cars racing around the track. It worked so well that here we are 3 seasons later with brand is growing and growing. It’s a fantastic opportunity and gets me to play in some amazing cities and locations around the world.

Q 3: You DJ around the world and play to crowds up to 20 million people – how does that make you feel?

That 20 million is those people watching on media channels around the world, not a 20 million crowd in front of me. That would be a big gig wouldn’t it! It’s cool and I don’t think there are many DJs that can say they have a 20 million people audience is there? I control the music build up at the start of each race live for TV which is pretty daunting. Cutting it right to what is happening in TV takes some practice and skill, especially when your DJ booth is outside with the sun glaring on it!

Q 4: How did you get into dance music?

Ibiza! I was DJing and working in music a bit before I visited the island, but when I did, I knew it was all I wanted to do. I love the place and I live between there and London when I’m not on the road.

Q 5: It’s so cool how you’ve pretty much brought a whole new era of sport from being DJ EJ! I love how you play certain sound effects to what’s going down on the track! Wicked.

Yeah it’s been an amazing project to work on and is continuing to develop. As I answer these questions I’m actually on my way to a studio in Birmingham to work on new music and effects for season 4. There’s some great stuff in the pipeline that I’m really happy with.

Q 6: Do you find it difficult to keep up sometimes with what’s happening on the track when you’re playing?

You definitely have to have your wits about you. In the DJ booth I have TV screens which show me what’s happening on the track – I have to keep my eye on those as I’m mixing. The start of the race is always the most nervous part, I control the build which is being pumped out, not only around the track but on TV also. You have to keep an eye on the lights so you know when to really push it to the max, then go into the mix once the cars start racing. I then manipulate the mix to what is happening on track, such as taking the tempo down when the safety car is out and building it back up for when it goes in. I also have to choose my tracks wisely to not clash with the commentary. It’s definitely not your average gig. 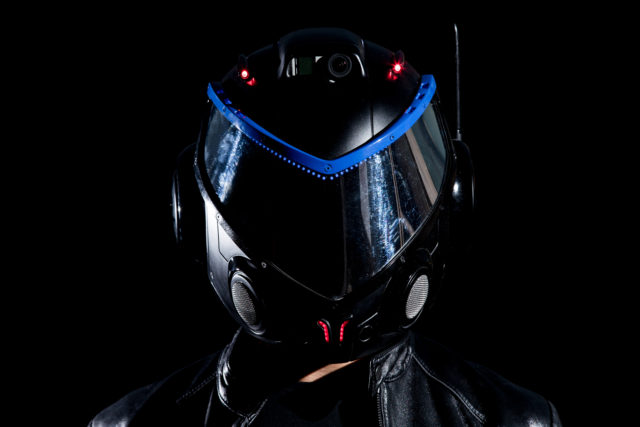 Q 7: What’s the visibility like with the helmet when you’re DJing?

Haha. The questions that is always asked. Can you see and how hot it is? I can see pretty well but it defiantly adds some complications some times. As I have said, the DJ booth is outside and depending on the position you could have the sun directly facing you which can kind of blind you. You will see many photos of me bending down trying to block the sun with my hand so I can see the equipment! Not the best look!

Q 8: Will we ever know who is under the helmet? How did you deal with the anonymity?

The man behind the mask! If I tell you I would have to kill you haha! I like it. It means when the helmet is off, I can still go grab a beer with no trouble!

Q 9: Is there any one you’d love to collaborate with?

I’ve actually got a few collaborations in the pipeline so watch this space. Others artists I would love to work with are my friends at Armada Armin Van Buuren, Super8 & Tab, Above & Beyond and Jason Ross from Anjuna.

Q 10: Your track ‘Don’t Take It Away’ is wicked! Are you working on any more exciting releases?

Yeah I’m working on loads at the moment. I have releases scheduled for the rest of the year. ‘One More Night’ is out on 14th July and ‘Fire In Your Heart’ in August – both on Armada. September will see my first collaboration released with 2 amazing artists so can’t wait for that one. There’s some really cool stuff and I hope you guys enjoy it!