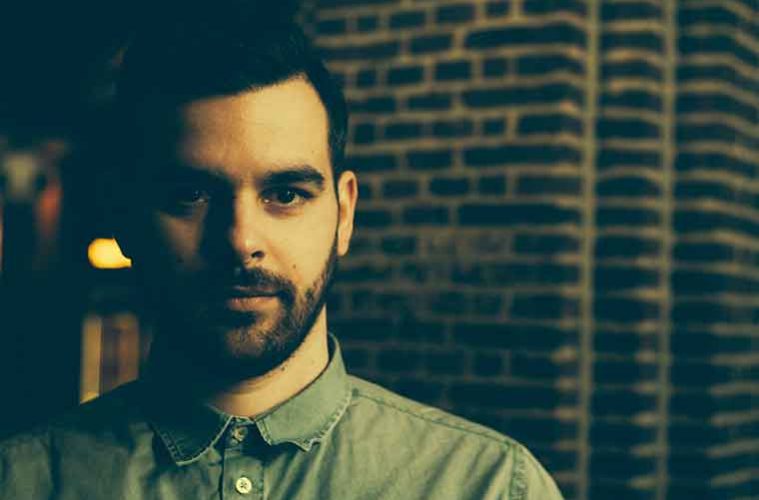 Lenzman is a drum and bass producer creating his own soulful sound which rises above trends and pushes the genre to new depths. The Dutch artist has recently launched his critically acclaimed new label – The North Quarter. We had the chance to catch up after the release of his reintroduction mix to Redyes.

Q 1: Hiya! How are you? You’ve literally just released your reintroduction mix to Redeyes! How come you decided to put that mix together?

I’m all good thank you. As you might know, I’ve got my own label which has been running for about a year, The North Quarter, and Redeyes has got an EP coming out on that really soon. He was quite prolific in the mid 2000s and for whatever reason; he decided to slow it down a little bit. A lot of new people in the scene might not be aware of his music and his back catalogue, so I felt like I should remind people of what he’s done before. So yeah, that’s why I did it.

Q 2: Very cool idea! What else have you been up to music wise?

The last year has really been about launching my label. I released 2 long EP’s on there which had 8 tracks each. Since then, I’ve been trying to get other projects on the roll like this Redeyes EP; I’ve got an EP coming by FD and an EP coming by Submorphics – that’s all happening this year. In terms of my own productions, I’ve done a couple of remixes; some of them are still yet to come out. I’m not sure if I’m allowed to mention them actually. So yeah, just remixes and I’m just working on new material for the future. Some of it will be released on Metalheadz and some on my own label. I’m in a place now where I find producing just a single isn’t a challenging format; I really like doing longer projects, like EP’s or albums. You have less pressure to think about the dance floor and you can experiment with other genres of music a bit more. The time has kind of changed and for the clubs, you need dance floor music. In terms of listening experience, a lot of people use Spotify and things like that. I like the bigger projects where I can challenge myself more as a producer.

Q 3: You live Amsterdam don’t you? I’d love to visit that place. What do you think of the drum and bass scene in the UK compared to your hometown?

That’s right yeah! Recently, drum and bass has grown a lot more here in Amsterdam. There was a period when dubstep was at the height of its popularity, especially when there was really noisy dubstep. Drum and bass almost completely disappeared here, but since that kind of started to fade out, it’s become really big. I don’t know if you’re aware of a brand called Liquicity? That’s from Amsterdam and they’ve recently done a festival here, last weekend actually. It was 2 days and there was thousands and thousands of people there. It was just a liquid drum and bass festival. It was big but I think the drum and bass culture is just embedded in British society. If I told someone here in Holland that I’m a drum and bass producer, most people would have no idea what drum and bass is. If you tell someone you’re into drum and bass in England, they may not be into it, but I think pretty everyone is aware of it.

I find that in the Holland, trance is a genre that people focus on, but in the UK, trance isn’t that big here but drum and bass is!

Yes trance is definitely big here. However in the UK, drum and bass has its history. Even though it’s gaining popularity over here, people aren’t necessarily aware of it as much. In England grime is massive right? That’s getting big over here as well now. But yeah, trance definitely haha! A lot of trance DJs are massive, but because they play to a big crowd, most of them they just play EDM music now, which means they kind of have to adapt.

I bet it’s good for you playing drum and bass where you live as it’s only now gaining popularity!

I don’t play in Holland that much to be honest with you! 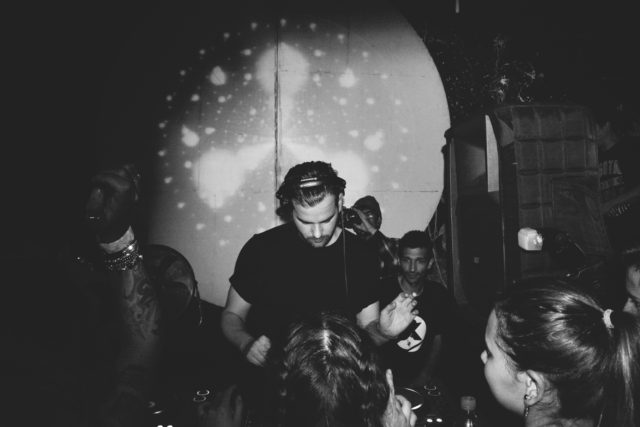 Q 4: When did your music career as Lenzman first proper kick off?

I’ve been into drum and bass for about 20 years now, maybe a bit more. To start with it was just a hobby like DJing in my bedroom and trying to produce. Back then it was really expensive to get a studio set up, nowadays all you need is a laptop – I didn’t start properly until a bit later. My first record came out 10 years ago this year and shortly after so maybe 8 years ago, I started doing it professionally.

Q 5: You describe your sound as ‘deep soulful drum and bass’. How come you decided to go down the liquid route?

It wasn’t like a decision I made as like a business plan, I just make what I like. I’ve got a massive hip-hop history which was my first passion in music in the 90s. I try and translate the beats in hip-hop to drum and bass. Its just music I love. Using my inspirations musically like hip-hop, jazz, soul and funk, I always try and translate those into drum and bass. I love drum and bass as well, but that’s my spin on it really. I do make some heavier tunes now and then; I try and keep it diverse. I’m pretty much known for keeping it soulful and that’s what I enjoy the most.

Q 6: How did working with IAMDDB come about? She’s one of my favourite artists!

Yeah, she’s really sick! She’s really blowing up at the moment. I’ve worked with people from Manchester in the past like DRS and Children of Zeus. I did a remix with them last year, you should check them out!

You know when you go on YouTube and you look at a video, and it suggests the next thing?

Yes I definitely know what you mean.

Well anyways, I was listening to Children of Zeus on there and an IAMDDB track came up. I was like ‘Wow, who’s this?’ and it turns out that she was from Manchester as well! Konny Kon from Children of Zeus introduced me to her. I sent her an e-mail to see if she was up for working on something together and she was up for it. She’s amazing.

Q 7: Which vocalist would you dream of collaborating with?

Some of my favourite people vocal wise are people like Erykah Badu and Anderson. Paak but that’s probably never going to happen – these are people I love. That would be sick.

It’s going really well. I’m pressing up vinyl for it as well as doing the digital stuff for videos. Vinyl seems to be selling out – the one with Children of Zeus sold out so we re-pressed it! The one with IAMDDB sold out and we’ve got the new Redeyes thing coming soon. I’m really excited to start getting music by other people out because that’s a way of expanding and showing the world and that’s part of the reason I started the label – to show people music I really love. It’s going really well! There’s going to be videos with every release as well. Actually, we’ve just a new one out, you should check it out – it’s Redeyes feat. Tyler Daley and GLXY.

Q 9: You’re also signed to Metalheadz! Is it hard being a producer yourself, a DJ, running your own label and being signed to another label too?

Haha I’m a dad as well so I’m very busy! I’m not actually officially signed to Metalheadz anymore but I’m still working with them releasing music on their label, they are family. It’s hard work and there are a lot of things you have to do but on the other side, it’s like you time your hobby into your work and you love what you do. I’m getting paid to travel around the world playing music that I love to people and I’m not complaining haha! As long as you like what you do, it’s not a chore. I think if you don’t love your job, you should always be on the lookout for something else.

Q 10: You’re doing your North American tour next month! What’s the best thing about travelling around for shows?

That’s right yeah. The best thing about travelling and doing it as a DJ is you get to experience all these different places from the local’s perspective. Like when you go travelling, you’re a tourist and you’re using a guidebook or TripAdvisor, but if you go as a DJ, you’re hanging out with all the locals – they take you to all the local spots, you get to meet all of these different people and you get to see the planet from their eyes. That’s something I really enjoy. I also enjoy the adrenaline of touring just because it’s pretty hard work. I’m doing a 14 day gigs in a 17 day period, it’s going to be hectic. You’ve got to live healthy whilst you do it though – don’t drink, don’t do drugs. The promoters will always want you to party with them so you’ve got to have the discipline. If you’re doing such a heavy schedule, it’s important you don’t do it. There will be no time for recovery really. 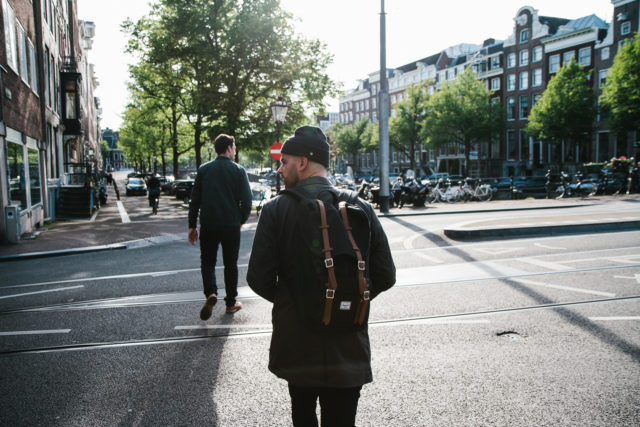 I’m playing on the 28th I believe at Fire in London. Out of every where that I play; I’d say I’m in the UK half of my shows probably. Just because like we said, the scene is so much bigger in the UK.

Q 12: Thank you for wanting to chat with us. What’s next for Lenzman?

I’m really excited about my tour and I’m really excited to be playing Sun and Bass Festival in Sardinia. I’m also doing a Curated night by Lenzman in Amsterdam on the 16th of September. The line-up is pretty sick; Calibre, Alix Perez, LSB, Submorphics, DRS, Dan Stezo and obviously myself. I’m excited about getting music out by other people on my own label and I’m hoping to have a project out by myself at the of the year, but like I was saying, it really depends because I want to do a big project and they take longer – you’ve got to do it right.So hopefully I’ll have something out by the end of the year.