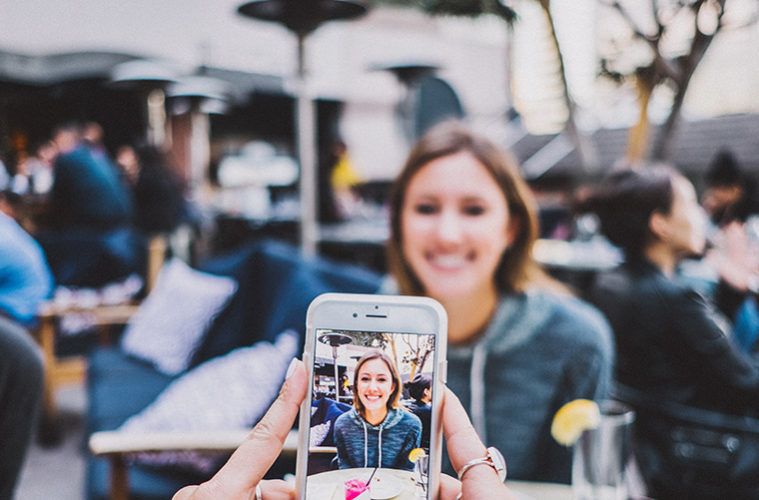 Flipping through Instagram, anyone can see a recurring theme of beauty standards: the fleeky eyebrows, the perfect cut-crease eyeshadow, the plump, over-lined lips, etc. There’s forever a similarity between looks, and this fad of contour vs. au naturel is creating an uncensored warzone of the beauty and the tragic makeup un-enthusiasts. We, and our unimportant political and economic views, are always just beneath the other wig-bearing, fluttery-lashed personalities that make their online presence. As long as they have their Anastasia brows, the problems of the world and the fight for equality seem distant.

It’s easy to get caught up in their lives and the blinding strobes of their smiles erase the meaningless issues the rest of us face on a day-to-day basis. We want that. We thrive to be that seemingly happy. We spend so much of our lives wishing to be something we’re not, and in the age of Kardashians and lip injections being sold like shoes, do we really have individuality anymore? Is it easier to give in to the pressures of social media than to be ourselves?

When we mention peer pressure we automatically think about the consumption of drugs or alcohol, when in reality, it’s much more dangerous than that. Online personalities are forever branding themselves to certain labels and finding something to make money off of, including ‘skinny teas’ and waist trainers – yay for misshaping organs. There’s an art of miscommunication when it comes to social media; we believe that everything celebrities post is true, and will somehow make us look like them. Obviously, in reality that’s far from the truth – celebrities have rigorous lives to uphold. They face the pressures of keeping up with themselves and the image they set out to be.

So why do we still believe that they live perfect lives? Well, life has always been survival of the fittest. We label ourselves as something we would like to achieve rather than what we necessarily are, which leads to us always having the short straw in happiness and self-acceptance. We’ll never find inner peace until we get to the “level” we desire to be at, and normally these goals are very unachievable, therefore resulting in a constant loop of feeling incompetent or ‘beneath’ others. When it comes down to it, beauty is only skin deep, it’s not going to give you brains and it’s not going to create much other than a “face” for you to base yourself off of. There has to be more substance to a person than just their looks.

Comparing is key. The comparison we have between ourselves and others is the reason we face so much self-loathing even if there’s absolutely nothing wrong with us. Aspirations should delve deeper than just somebody’s appearance. The truth is, we’ll never look like the woman on that billboard, or have the abs of that guy all the girls lust after. Because sometimes, it’s all an illusion. It’s what people want you to think because they may have the exact same insecurities as you do.