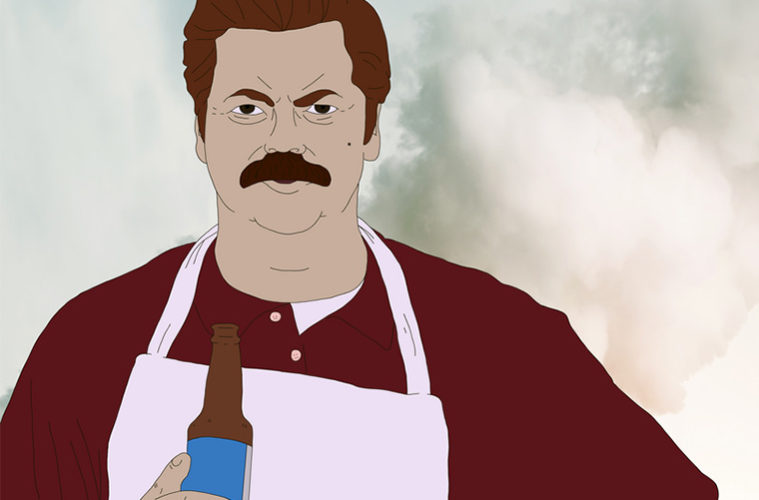 Your Week Presented by Ron Swanson

When you grow up watching the hit show Parks and Recreation, you always thought Ron Swanson was the guy no one wanted to be and everyone avoided. But before you knew it, you had unintentionally become your very own Ron Swanson, and the fictional character speaks to you on a spiritual level.

The work week can be a hard, cold place – and Ron Swanson portrays the struggles perfectly and how we tend to approach them. But when it comes to the weekend, Ron shows us that even the worst of us have a fun side that loves drinking too much…

You probably walk into work and try to avoid conversation at all costs. And pretend you can’t even hear your colleagues when they ask you to do something for them.

“Sir? Excuse me, sir? Are you listening to me?”

I don’t know about you, but Tuesday is worse than Monday; it’s such a pointless day of the week and should definitely be abolished.

I mean, at least it’s Hump Day, right? But Wednesday also seems to be the day your computer decides it wants the day off…

One more day til Friday, but instead of doing your work, you like to spend Thursday finding ways to distract yourself from anything productive.

So close to the weekend, it might be a Friday, but it is still another day of work… And you’re close to breaking point.

You made it, and even people with a heart of stone like Ron Swanson can go out and have a f*cking good time on a Saturday night – even if it is mostly under the influence.

Sunday isn’t a work day, so it should be a good day, right? Wrong. You spend it hungover and wishing for the sweet embrace of death, and the thought of work the next day makes you hope you get hit by a bus.