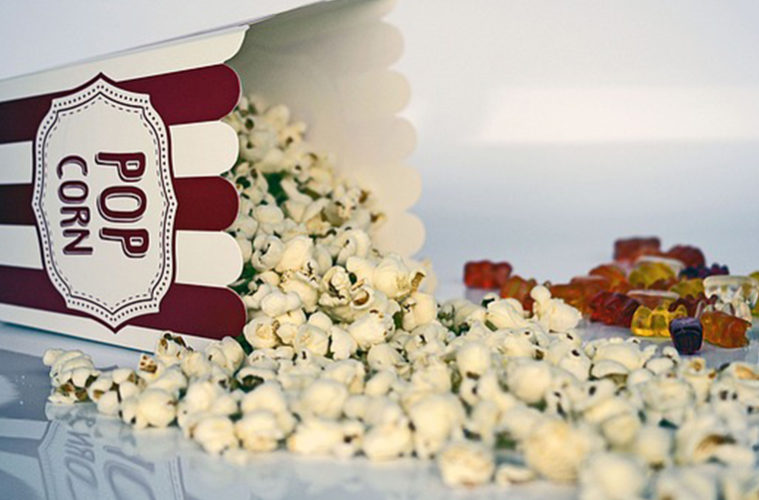 This summer has been something of a mixed-bag when it comes to film releases. From the intense spectacle of Dunkirk, to the less erudite The Emoji Movie, there has certainly been something for everyone! As the days get shorter and the cinema becomes a more inviting prospect for a cold evening, here are a few of the films set to hit the cinemas this autumn.

A crowd-pleasing story of musical triumph against the odds, Patti Cake$ stars the little-known Australian actress Danielle Macdonald as an aspiring rapper. Some have called the film “a female 8 Mile”, and Macdonald’s performance has attracted much praise, with one critic suggesting she “does for the character of Patti what Gabourey Sidibe did for Precious: uses her non-Hollywood looks to conjure a character so believable we can practically smell her”. It might fall into the traps of Hollywood cliché, but for something with real heart, Patti Cake$ looks like a good bet.

Distinctive director/writer Darren Aronofsky is back with Mother!, a psychological horror film which stars Jennifer Lawrence alongside Javier Bardem and Michelle Pfeiffer. Lawrence plays a young woman whose peaceful life with her husband is shattered when a mysterious couple arrive to stay at their remote country home. The trailer is pretty sinister, and the impressive cast are sure to make the most of Aronofsky’s idiosyncratic and surreal style.

If action/comedy is more your thing, then Kingsman: The Golden Circle is worth a watch. A sequel to the successful 2014 spy comedy based on a comic book, The Golden Circle returns with Taron Egerton and Colin Firth as the sartorially-perfect spies Eggsy and Harry Hart. This time, Eggsy heads to the US to join forces with the Kingsman’s American counterparts and, although presumed dead at the end of the last film, Colin Firth’s character appears to resurface. If this film is as inventive and funny as the original, we’re in for a treat, especially with a supporting cast which boasts Julianne Moore, Mark Strong, Halle Berry, Channing Tatum, Jeff Bridges, Vinnie Jones and Elton John. Yes, you read that correctly.

He’s the guy that every guy has a man-crush on. Ryan Gosling takes on the role of a new Blade Runner in this sequel to the 1982 classic, which also sees Harrison Ford return as Rick Deckard. If the new poster images which have just been released are anything to go by, Blade Runner 2049 is set to be a cool and captivating return to the neo-noir sci-fi world. The future never looked so stylish.

If you prefer superheroes over science fiction, then Thor: Ragnarok sees everyone’s favourite god (played by Chris Hemsworth) return to do battle, this time to protect his homeland from the ruthless Hela (Cate Blanchett). The usual suspects are also in the mix: Tom Hiddleston as Loki, Benedict Cumberbatch – fresh from his own Marvel film – as Doctor Strange and Idris Elba. The Marvel universe is, of course, all linked, and Thor: Ragnarok is apparently going to be instrumental in setting up Avengers: Infinity War which is released next year.

Great fun for all the family, Paddington 2 will be, like the first film, a distinctly British affair. Ben Whinshaw again voices the loveable CGI bear, and when Paddington buys a pop-up book for Aunty Lucy’s 100th birthday, chaos ensues after it is stolen and he sets out on the trail of the thief. Expect a tribute, too, to Paddington’s creator, Michael Bond, who died earlier this year.

Also released: Based on Stephen King’s novel, IT hits screens on 8th September and promises to be a scary and creepy clown-filled horror. Turning to sport, Borg Vs McEnroe (22nd September) recounts the infamous tennis rivalry between Björn Borg and John McEnroe. Expect crazy hair and plenty of shouting as Sverrir Gudnason and Shia LaBeouf take on the roles. Goodbye Christopher Robin (29th September) is a biopic of Winnie the Pooh creator A. A. Milne, played by Domhnall Gleeson opposite Margot Robbie as his wife Daphne. The Snowman is released on 13th October and no, it’s not a re-release of that loveable animation. In fact, it’s as far as you could get from it. Based on the novel by Jo Nesbø, it’s a serial killer film starring Michael Fassbender as an elite crime squad detective. Sticking with the murder theme, Murder on the Orient Express (3rd November) stars Kenneth Branagh as the famous Belgian detective Hercule Poirot. A plethora of stars feature alongside him, although the trailer reveals Branagh’s rather eyebrow-raising moustache. Mon dieu!