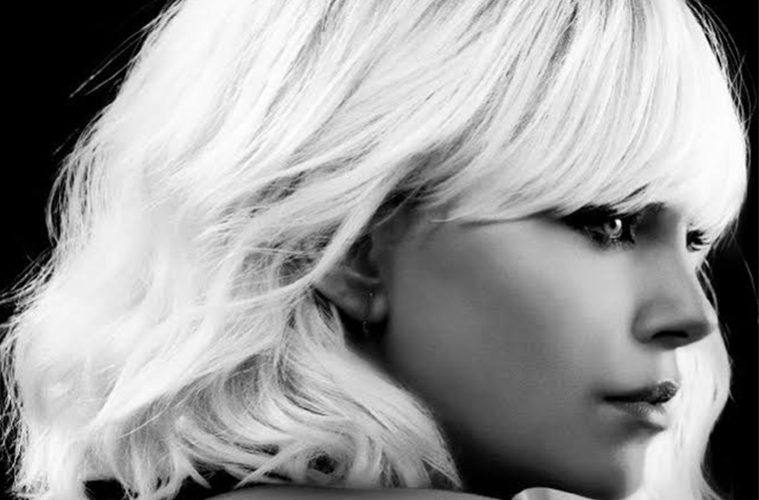 If you look up Atomic Blonde on IMDb, the top trivia fact is that Charlize Theron cracked two teeth whilst playing the role of MI6 field agent Lorraine Broughton. It’s a wonder she didn’t crack her skull during filming, as Atomic Blonde is a visceral and confident neo-noir, with bone-crunching fight sequences and an equally-arresting visual flair. Yet, despite the pumped-up action and neon aesthetic, it is a film which lacks a narrative of comparable quality or energy.

Fresh from her success in Mad Max: Fury Road, Charlize Theron is back in the thick of the action, following a spy trail in 1989 Berlin, shortly before the fall of the Wall. Despatched by MI6 to uncover a double agent and recover the List – a microfilm containing the names of active Soviet field agents – Agent Broughton soon discovers that there are plenty of people in East Berlin who want to see her dead.

As location names are displayed as if spray painted onto the screen during the opening sequences, and a 1980s synth-pop soundtrack blares out, you’d be forgiven for thinking that Atomic Blonde is going to be a pulpy and slightly off-the-wall thriller. Whilst it’s true that these early scenes have a definite zany edge to them, dominated by a soft-purple colour palate as Theron emerges battered and bruised from an ice bath, this bold tone soon gives way to more conventional action film tropes.

James McAvoy plays an eccentric MI6 station chief and is, at first, Broughton’s main contact in Berlin. Like the rest of the cast (which includes Toby Jones, Eddie Marsan and John Goodman in supporting roles) McAvoy’s is a competent and watchable performance, and sits well with the film’s slightly grungy style. It is Theron, however, who really shines, and is as magnetic an actress as they come. In a variety of striking outfits and bleach-blonde hairstyles, Theron struts around Berlin with a sense of purpose and into colourfully-lit bars and clubs with magnetism.

Even when she is covered in blood and clutching a cigarette in bruised hands, Theron shimmers with both beauty and menace. By all accounts, she did many of her own stunts – no small task given the film’s approach to the fight sequences. There’s no denying the high level of violence in the film or the skill with which the action sequences are filmed.

This is down to the director, David Leitch, who is a former stunt co-ordinator and second unit director, and his effective sense of pacing and fight choreography is evident in an brilliant one-shot fight sequence in a stairwell. Although, in reality, composed of 40 separate shots stitched together, it is no less gripping or affecting as Theron shoots, stabs and punches her way out of danger. Indeed, the sequence is made all the more effective by Leitch allowing the actors moments to catch their breath in amongst the chaos and violence, their characters gasping for air as well as survival.

Whilst the spy world is invariably dominated by men, Atomic Blonde is very much driven by the women. Aside from Theron’s detachment and commitment to her violent necessities (literally anything becomes a weapon in her hands), Sofia Boutella plays a French agent, with whom Broughton gets in touch, quite literally, as an explicit sex scene between the pair seemingly comes from nowhere. Little does Toby Jones’ MI6 officer know when he asks Broughton if she made contact with the French agent. Like Theron, Boutella is dressed to kill, as they say, and the sense of female agency here – the guys don’t get a look-in – is refreshing.

All this sensuality, style and violence can only take you so far, however, as the plotting of the film is pretty poor. It’s a real shame that the tension in the fight scenes isn’t mirrored by the narrative, which meanders all over the place, proving to be difficult to follow and, at times, rather lacklustre. There’s no sense that these grand spy games actually matter, little emotional engagement with the characters, and a general feeling that, to quote an over-used phrase, it’s a case of style over substance.

As spy films go, Atomic Blonde is a cut-above in terms of its action and its leading performance. Charlize Theron is beguiling and fierce in equal measure, and the whole look of the film is something to be enjoyed. The lack of tension in the narrative is, unfortunately, a fatal mistake which renders proceedings rather unconvincing. Theron may have gone through pain during the making of this film, but one can’t help asking: after the neon colours fade from the screen and your mind, was it really worth it?