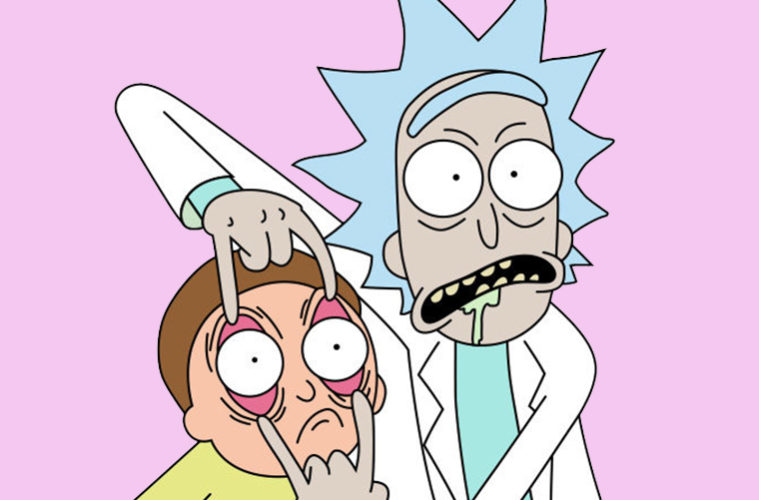 Rick and Morty: The Underlying Message

Although it didn’t capture the world’s attention upon its initial release in December 2013, Rick and Morty has since won the hearts of millions across the globe with its vulgar humour, sci-fi intelligence, and unusual look at the meaning life and family.

For those of you who have never watched the show, it focuses on the re-appearance on Rick Sanchez, a sociopathic scientist with an alcohol addiction. After missing for almost 20 years, he turns up on his daughter’s doorstep where he moves into the garage and constructs his own personal laboratory. His son-in-law, Jerry, is concerned by Rick’s unpredictable and dangerous behaviour as Rick takes his grandchildren, Summer and Morty, on reckless trips across the universe.

Upon first viewing, Rick and Morty might just seem like a daft show created purely for entertainment purposes. But if you’re an avid fan then you’ll know it has complex layers and is incredibly insightful into even some of the most sensitive life topics.

Rick and Morty has a great balance between the two. Being a sci-fi based comedy, it gives it the ability to go all out wild and crazy with its plot lines which creates a very warped sense of humour. But despite the outrageous humour and sick, sometimes cruel jokes – the show also takes on emotional narrative arcs that crop up between the comedy. I can count the tragedies explored in Rick and Morty on one hand, but there’s a great balance between humour and heartbreak.

The final episode of Season 2 is a perfect example of this, as the Smith family are forced to live on small Earth after Rick confesses he is wanted by the Galactic Federation. The family leave their life behind to live with Rick on small Earth where they are miserable and without luxuries. Rick explores a small cave beneath their cabin and overhears Jerry suggesting they turn Rick in to the Federation but Beth admits she can’t cope with her father abandoning her again and that the pain would be too much. Rick realises at this moment he is a selfish and destructive person, and despite everything, his family still want to be with him – even if it means sacrificing their future on Earth.

Rick flees the planet and turns himself in posing as Jerry and also asks that the Smith family is spared punishment from the Federation. He awaits his arrest in a nearby cantina as ‘Hurt’ by Nine Inch Nails plays – an emotional song that is speculated to be some kind of suicide note that apologises to loved ones for hurting them with their disappearance. The scene is incredibly emotional and takes a turn from the humour shown previously in the episode. Very few TV shows can pull this off. It makes us as the audience understand that the characters are more complex than we are initially lead to believe in the beginning. The show could potentially be building up to an insight into why Rick is the way he is and what happened to make him leave Beth as a child and disappear. It’s an intelligent way of toying with our emotions to the point we almost feel uncomfortable watching the tragedies because we are so used to the comedy.

Rick and Morty loves to play with philosophy, infact, the underlying meaning of the show is really just about the meaning of life, how vast the universe is, and how pathetic we are in comparison. This ultimately plays a big part in Rick’s poor attitude and lack of emotion and feeling towards family and materialism; he’s aware that life is about nothing which has lead to his careless behaviour, depression and alcoholic habits. Rick’s “I don’t give a shit” attitude wobbles momentarily after his “split” from Unity when he attempts suicide in his lab but changes his mind at the very last second.

Morty is beginning to understand Rick’s stance on life and adopts a similar attitude when he tells Summer, “Nobody exists on purpose. Nobody belongs anywhere. Everybody’s gonna die. Come watch TV?” So basically, Rick and Morty’s entire philosophy is to stop looking for the greater purpose because we’re all going to die – and we should just concentrate on what makes us happy

Check out Zavvi for Rick and Morty merchandise!