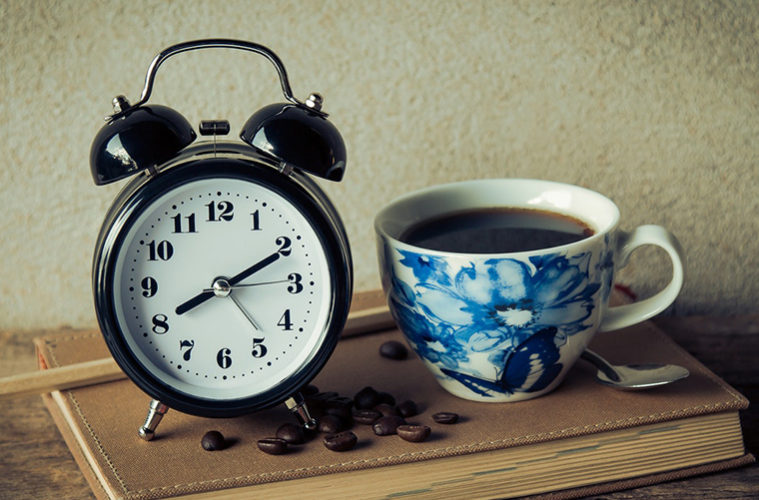 Beat Your Alarm and Wake Up Early

There’s nothing quite like getting up early in the morning… and I don’t mean that in a good way. If you struggle with waking up early (and feeling good after) here are some little tips on how to embrace those peculiar things called mornings.

This may seem obvious but the earlier you go to bed the better you will feel in the mornings. Most people need around 7 and a half t0 8 hours of sleep each night. Aiming to get these hours of shut-eye will help you feel more alert and refreshed in the mornings. Now we all like a cheeky nap, but try not to nap too late in the day as this will keep you awake later in the evening making you more tired the next day.

Gradual progress:
If you’ve decided you want to become a morning person that’s great, but it’s better to introduce this change in your routine gradually.Every day, set your alarm 10 minutes earlier and by the end of the week you’ll be getting up an hour earlier than before. It’s just not realistic to expect to get up drastically earlier than usual and expect to feel good about it straight away – your body will need and want the time to adjust.

Snooze effectively:
That sneaky snooze button can be dangerous. It acts like the nice guy giving you 9 extra minutes in bed but before you know it you’ve hit it a dozen more times and you’re late. Instead of continuing to sleep, why not hit the snooze button and use those 9 minutes to do something useful. You can have breakfast, have a big glass of water and hydrate yourself or you could even do a short workout and get yourself ready to face the day. If you have time to sleep you have time to do more productive things.

SHUT UP:
If all else fails, you can just set yourself an annoying alarm. It’ll be even worse if you leave your phone the other side of the room so you have to get up to turn it off. You’ll be so set against hearing that horrid sound again it’ll encourage you to get up and get ready instead of slapping the snooze button time and time again.

If you really want to look alive in the mornings, have a read of our article How to Fake Awake.