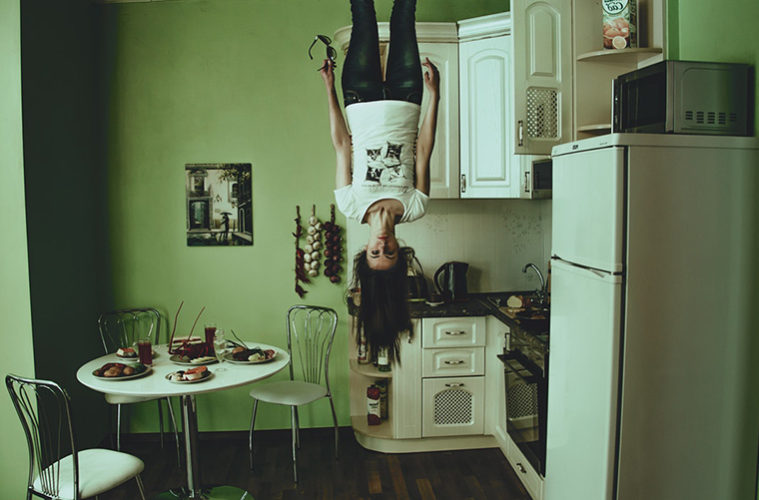 Ghost. One word that splits the nation – are they real? Or are they not? Regardless, the following people have had some rather convincing ghost stories that could reinforce the existence of the paranormal…

“My dog has a nasty habit of scratching the door in the middle of the night. One evening she wouldn’t stop scratching the door for any reason. After calling her five times, I threw a pillow towards the door to make her stop. That’s when she barked … from right beside me. She’d been next to me the whole time.”

Let’s hope it was a dream, right?

“When I was about eight or nine years old, my mother worked nights and we shared a double bed. One day I felt a strange presence in the bedroom. I had my eyes closed and when I opened them, I saw hands wrapped around the bed from underneath. The hands were made of blood, bone, and hanging skin, and they tried to climb up the bed. I turned away and there was a white “shadow” lying next to me. I managed, after a loooong time, to get up and run to my nan’s room. She didn’t dare come back to the bedroom with me.”

The man with no… face?

“When I was 15 years old, I stayed up late watching a TV marathon with my sister. In the middle of the night, after my sister had fallen asleep, I saw the nearby computer mouse start moving by itself. I called my mother into the room and she said it was probably a rat that was pulling on the cable from underneath the desk, and that I should just go to sleep. Suddenly, I swear I saw a black figure with no face or human features behind the bookcase. It looked in my direction and pointed. I nearly shat myself with fear! I remember saying, ‘Who are you? I do not want you in my house! Nobody wants you here! Get out of here now!’ The thing left, and I actually heard it hit the cabinet before it just went through it. The cabinet began to sway, and the door slammed and made a loud bang.”

“When I was a child, I walked into my bedroom and saw what looked like a Japanese girl in black ballet tights with orange stripes. She was stopped in front of the mirror, looking sideways at me. When I looked again, the girl DISAPPEARED and I ran from the room, making my mother come back with me.

Years later she confessed to me that she had been frightened that day, because before I was born, she had given ballet classes in that bedroom. The black and orange uniform had belonged to a girl that had been a student of hers who had passed away.”

“One evening I was alone in my bedroom doing homework. Suddenly I heard the sound of footsteps coming from downstairs, so I got up to check it out. Before I started downs the steps, I heard the sound of bottles breaking in my father’s bar downstairs, which went on for a little while. I made my way downstairs, but when I reached the landing I could see broken bottles and glasses all over the floor and I could hear people screaming in the house, even though I was the only person home. I locked myself in my room and stayed there until my parents got home. And guess what? There wasn’t a single broken bottle or glass, or anyone except for me in the house.”

“I’m a mortician. My most disturbing experience was when I was preparing a child for a viewing, and I felt someone pull my hair. A couple minutes later, I heard a giggle, and the door slammed shut. All of my machines stopped, and it was dead quiet. After I was done and the body was dressed, I felt a tap on my shoulder and warmth around my middle, approximately where a child would stand if they were hugging you.”

“A few years ago I was visiting my brother and his family, who lived in a very old Victorian house. I was snuggling with my niece on a futon in the playroom when suddenly, in the middle of the night, the TV turned on, full-blast, with a static screen. My three-year-old niece jumped out of bed and ran to the TV, shutting it off. When I asked her how she knew the TV would turn on, she shrugged, saying, “They turn it on every night at this time,” and fell right back asleep.”