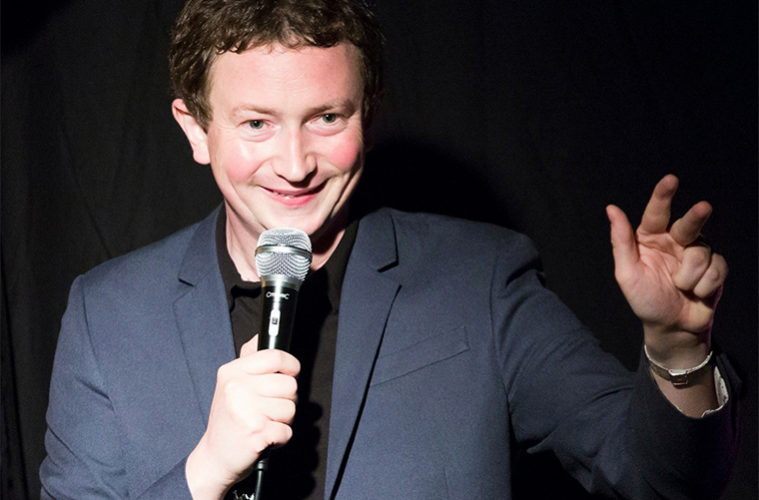 We had the pleasure of talking with comedian, Matt Green, to chat all things stand-up. Matt was brought up in Yorkshire but currently resides in London for career purposes. Working extensively as an actor, comedian, and writer for more than a decade – he has performed on radio, screen, and in venues across the UK…

Matt Green, I must firstly thank you, because I had the pleasure of watching you perform last night and I haven’t laughed that much in ages. It was an amazing evening and my first time watching an act upstairs at the Top Secret Comedy Club… a small venue but an amazing intimate experience. I can imagine it being very awkward if you don’t win the crowd quickly – obviously the crowd love you! Do you feel more pressure performing in smaller venues.

Well thanks very much! It was a lovely gig and I definitely had a good time. I’m glad you enjoyed it. I think in general performing comedy is a bit easier in front of a bigger crowd because everyone feels more excited to be there and just by the laws of averages you get more people who laugh loudly! I don’t mind playing to smaller crowds – some of the gigs in London are quite intimate – although anything below 20 is pretty tricky as everyone can feel a bit self conscious! To be honest, the main thing is how busy the room is. A hundred people in a room that can hold a hundred will usually be an amazing gig. A hundred people in a room that can hold a thousand will be very difficult indeed…

I was quite happy I didn’t get picked on sat at the back row, often the target for stand up comedians? What do you look for when selecting your prey?

I don’t like to think of my audience as prey! I do talk to people sometimes (especially if I’m compering) but I try to select people who look happy to be spoken to, and over many years of experience I think I’ve got better at sensing when someone is up for a chat and when they aren’t. Also I’m always very aware that it’s my job to be funny: I’m not expecting comedy gold directly from the audience member – although sometimes you do get it! 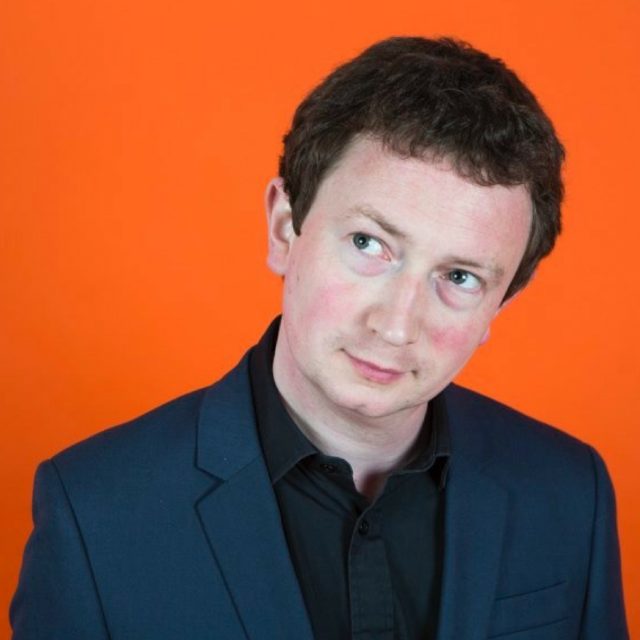 What’s the most memorable heckler you’ve ever had? Did you put him/her in their place?

Heckling is much less common than people think and is often just incoherent drunken nonsense which is fairly easy to deal with, simply by being more intelligible than them! I did hear a good heckle recently to another act who was moaning about his mum, and someone shouted out: “She won’t be around forever!” which was both quite sweet and also somehow rather threatening…

I particularly liked your joke about the fact you’re not great at buying gifts! What’s the worst gift someone has ever bought you? Are you the kind of person to admit you don’t like it, or pretend it’s amazing?

When I was a kid I had an uncle who always managed to get me age-inappropriate gifts, like a really high level model car set when I was way too young to be able to do it, or a horror-themed board game that was so scary I had nightmares about it for weeks! One year he sent me something for Christmas but nothing for my birthday (which is in early December) so when I sent him a thank you note I wrote: “Thanks for my Christmas present. I also had a lovely birthday.” Bear in mind I was about ten years old; I still think it’s one of the bolshiest things I ever did. I received a cheque by return of post.

And it sounds like you’re not too good at choosing holiday destinations either?…

I often go to excellent places on holiday, but that doesn’t mean that the holidays always go well. But to be honest, my job involves telling people about the bad stuff that’s happened in my life and them laughing at it, so if I didn’t have a bad time I wouldn’t have enough material!

Can you tell us a bit more about your tour Matt Green LIVE(s) in Camden?

It’s an hour of my best stand up from the last year or so. I performed three nights at the Camden Fringe earlier in August and they went really well and sold out, so I’ve added two extra dates at the end of the month (26 & 27 August at 6.30pm at Camden Comedy Club, tickets available from camdenfringe.com). It has been a lot of fun performing the show and it has some of my favourite stories in it, including two disasters that happened on recent holidays – thereby proving my point above..

Who makes you laugh the most?

There are loads of brilliant comedians on the circuit at the moment but I’d have to say that the
person who makes me laugh the most is probably my wife. Sometimes intentionally.

Got any funny bad habits or hidden secrets you can share with us?

I bite my nails and I only have one kidney. Not sure how funny or hidden those facts are, but I’m happy to share.

So what’s life like for you in London compared to your Yorkshire childhood?

I’ve lived in London ever since graduating and I love it. I love how busy it is and it’s definitely the centre of the world in terms of theatre, comedy and the media. There’s always the sense that something is happening. I do still go back to Yorkshire to see my parents and it’s a beautiful place with friendly people (and a few excellent comedy clubs), but I don’t think I could live there again unless a lot of other comedy clubs suddenly move location…

Please finish this sentence… this time next year I’ll be…. hopefully telling jokes about that weird short period of time when Donald Trump was still the President of the USA.